Global influencers visited Jeju Island from Dec. 2-5 to participate in a tour hosted by the Jeju World Natural Heritage Center.

According to the Jeju World Natural Heritage Center, the island is the only place in the world that has won three UNESCO designations. It was named Biosphere Reserve in 2002, UNESCO World Heritage Site in 2007 and Global Geopark in 2010. 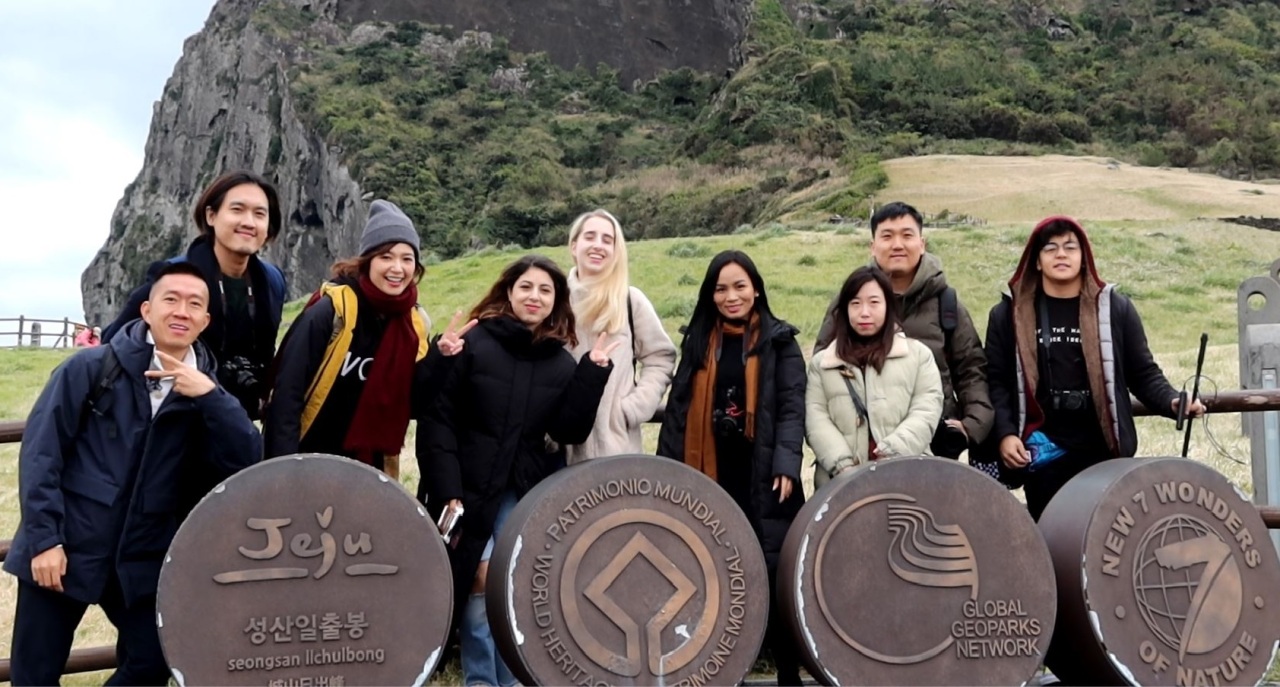 The center has recently been promoting the natural landscape of the island online. More than 15.4 million tourists visit the island annually.

Tourists can watch more videos about the sites inscribed on UNESCO’s World Heritage List at the center’s YouTube channel https://www.youtube.com/channel/UCAAFVPlvOy5rc30msx8DLdQ.

“My hometown is where the movie ‘The Chronicles of Narnia’ was taken in the Czech Republic, and I am currently living in Seoul. The city life is great but there are times when I miss being in nature. So I enjoyed the tour in Jeju,” food and lifestyle blogger Sara Rousalova said.

Other participants noted that the sites were well maintained by the Jeju World Natural Heritage Center.

“I was impressed that the lighting and roads are very organized here in Manjanggul,” said Kristine Roces, who runs YouTube channel RealAsianBeauty.

“I was also surprised that the sites were preserved so well. When I visit sites like this, I often expect to see a lot of stores or cafes that force you to spend a lot of money. They did not have anything like that here,” influencer Aydin Aysegul added. 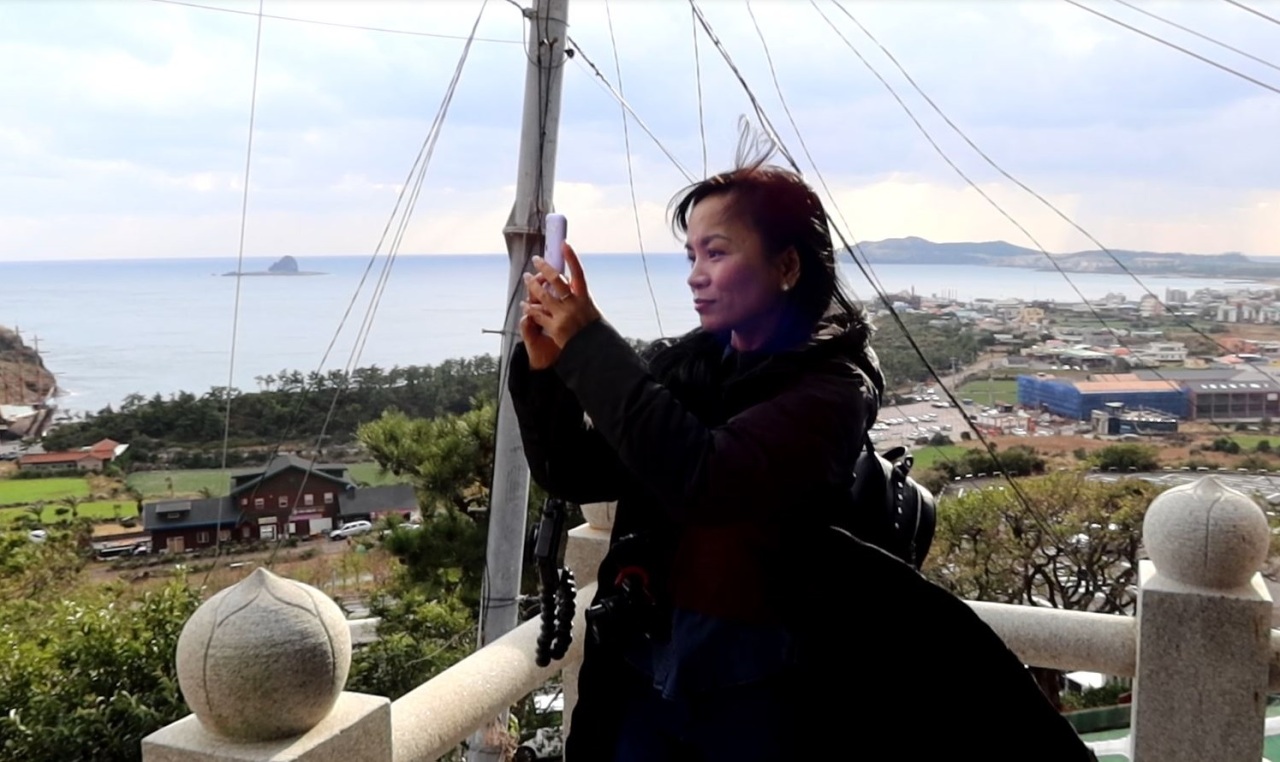 Roces said climbing up Seongsan Ilchulbong Peak was especially memorable for her. “I watched the same view on K-dramas and was excited to see them for real,” Roces added. “My followers also love the posts that I put up on Instagram (during my stay in Jeju).”

On Dec. 4 and 5, the YouTubers spent most of their time hiking two peaks: Geomunoreum, a 456-meter volcanic peak covered with lush forest, and Suwolbong Peak.

Korean participants Kim Yeon-hwa and Kim Hak-in, a married couple that operates YouTube channel Island Traveler, said they were most excited about hiking on Geomunoreum.

“To be honest, other sites that we’ve been to were already popular among Korean tourists. But Geomunoreum isn’t, so we are looking forward to introducing this site on our channel,” Kim Yeon-hwa said.

The center’s facilities include a 4D video room and lava tunnel experience room for visitors.