Office space sharing firm Sparkplus said on Dec.3 it has recently closed a 30 billion won ($25.3 million) round of series B funding.

With the new investment, the office-sharing firm has raised 60 billion won since it launched the first coworking space in Yeoksam, southern Seoul, in November 2016. 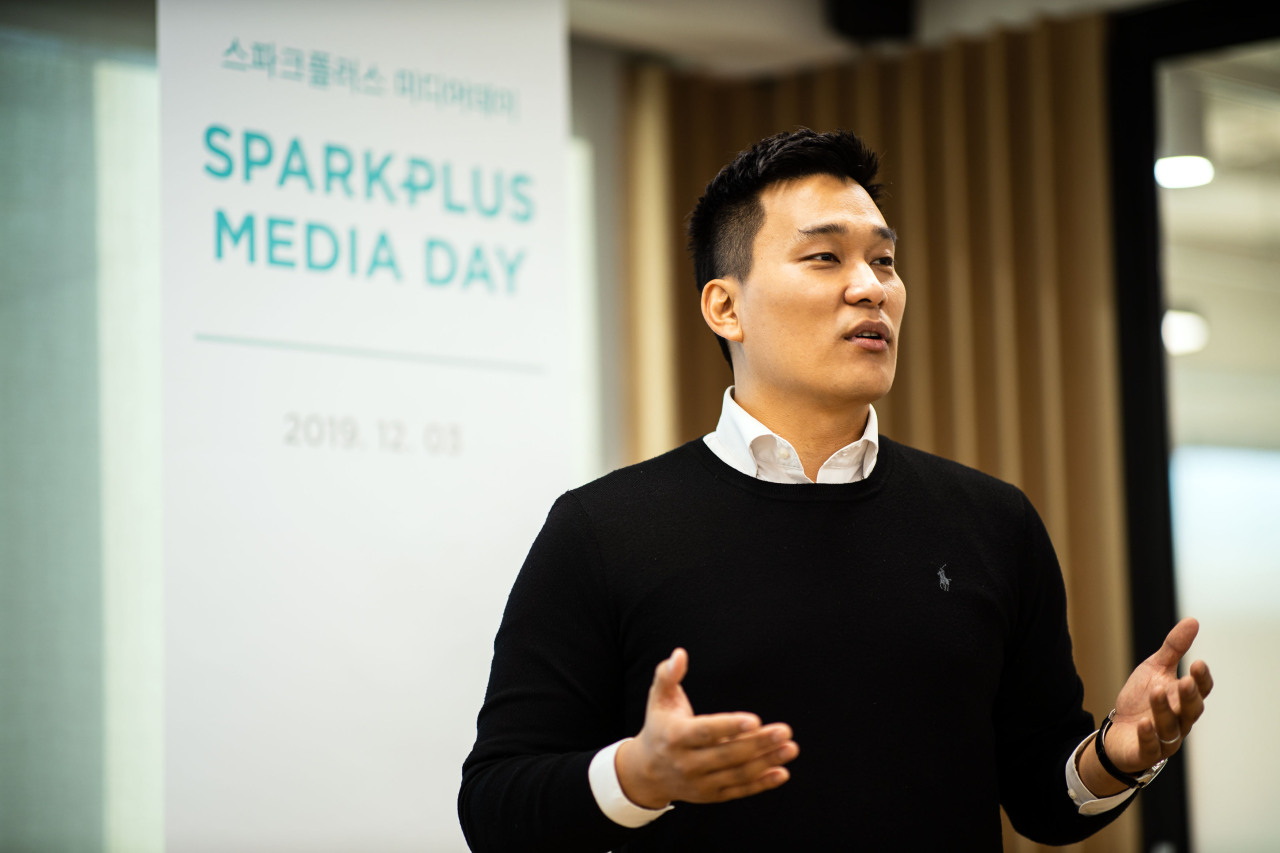 The investment comes at a time when concerns over the overall office space sharing market has been rising recently due to the failure of WeWork’s initial public offering plans.

Sparkplus CEO Mok Jin-gun admitted investors were concerned about the recent IPO fiasco of the US coworking space giant, but painted a rosy picture of the industry.

“Although our investors also expressed concerns after WeWork’s plans faltered, they knew that Sparkplus is different from competitors since it has a solid business model,” said Mok Jin-gun during a press event at its Seoul City location.

“I think WeWork was able to achieve fast growth in a short period of time, but failed to find a way to grow in a sustainable manner.”

The CEO also added WeWork, being backed by Japanese investment firm SoftBank, will be able to get back on track in a couple of years, and the entire coworking space industry will soon gain new momentum with the real estate segment for commercial buildings seeing diverse business opportunities.

In order to be ahead in the competition, the Korean firm plans to launch different services that embrace development processes from beginning to end. The company, for instance, plans to join forces with real estate developers to build and run offices. It will also offer consulting services for building owners -- both individual and corporate entities -- on how to renovate and manage the properties.

It now runs 12 coworking locations across Seoul, including eight in the Gangnam and Gwangwhamun areas, two of the biggest business districts in the city.

The average occupation rate of the 12 offices reaches 95 percent and two new offices are scheduled to open next year. The floor space of the entire coworking offices is 36,363 square meters, and the locations are equipped with some 8,500 seats.

For startups that are diverse in terms of size and sales, the company offers tailored space services. It renovates and rents out an entire floor of a building for a startup that needs its own office space.

To meet the demand of fledgling startups, it offers training programs while helping connect them with investors. It also works with conglomerates and government organizations, including Samsung NEXT, Facebook, and Korea Asset Management Corp., to run startup support programs.