Is Vietnam an attractive place for Samsung chip plant?

Is Vietnam a good place for chipmakers to consider building a high-tech plant?

In light of a request by the Vietnamese head of state to Samsung Electronics, the world’s largest chipmaker, many in South Korea are asking whether it is a viable business move. 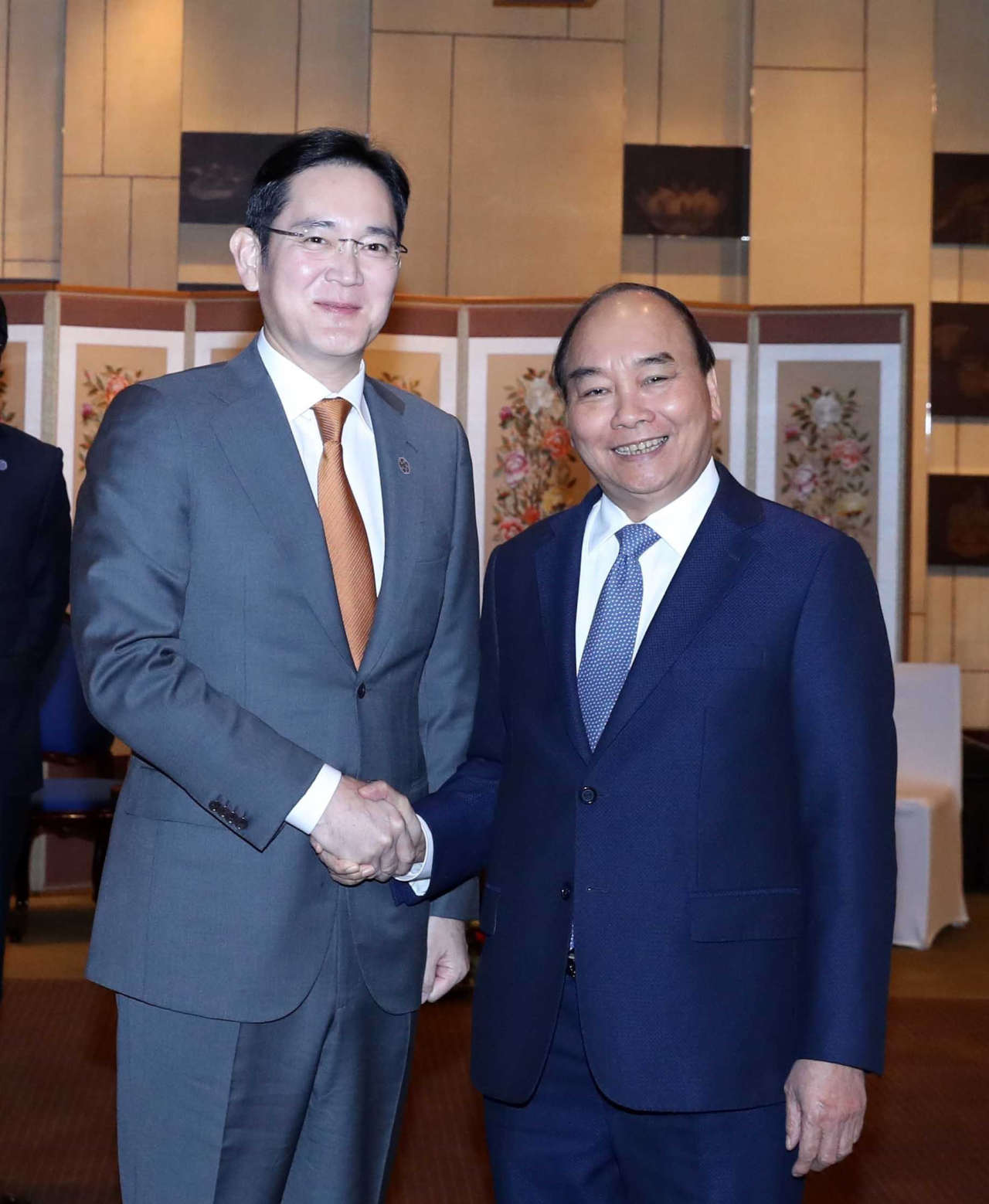 In a private meeting held in Seoul on Dec. 1, Vietnamese Prime Minister Nguyen Xuan Phuc asked Samsung Electronics Vice Chairman Lee Jae-yong to consider building a chip manufacturing facility there. The Korean tech giant already has production plants for mobile phones and other IT devices in the country.

Following the request, the premier said he would offer plenty of incentives, although Lee did not immediately make a commitment, according to officials. Instead, the de facto leader of Samsung promised to hire a total of 3,000 Vietnamese engineers for a Samsung R&D center currently under construction in Hanoi. The envisioned center is set to be completed in 2022.

The idea might sound like a winning strategy for both sides, considering the incentives, the lower cost of labor in the Southeast Asian country and its economic growth prospects. Yet chances are slim that Samsung will go for it, industry insiders say, citing the basic requirements of a semiconductor business.

“When chipmakers look for plant sites, they consider two factors -- local talent and the market (with a pool of clients),” said an industry official.

Access to first-rate engineers is a must for a high-tech manufacturing facility, the official said, and low-cost labor is less appealing to chipmakers.

“More importantly, chip plants need to be located close to their target markets,” he said.

Samsung currently runs a system-on-chip factory in Austin, Texas, and a memory plant in Xian, China.

“Austin is home to top-level students studying engineering, and the US is also the biggest market for Samsung,” explained a Samsung official.

The reason that not only Samsung but also SK hynix -- the second-biggest memory provider in the world -- have their memory lines in China is because it a significant market with huge growth potential, another industry insider said.

“Samsung and SK hynix didn’t build the facilities in China because of low labor costs,” the insider said. “They were more aware of the market’s growth potential on one hand, and the diplomatic relations between Korea and China on the other.”

Economics experts too are skeptical about the possibility of Samsung breaking ground for a chip plant in Vietnam.

“Chip plants need very sophisticated and high-level engineers for operations,” said Joo Won, director of the economic research team at Hyundai Research Institute, noting the potential difference in talent pool in Vietnam. “Also, the market isn’t as big as China, although Vietnam is one of the leading economies among the ASEAN countries.”

Since 1995, Samsung has invested nearly $17 billion in the Southeast Asian country and employed around 130,000 local workers at its manufacturing facilities for TVs, smartphones, displays, batteries and other electronic parts.

As much as 58 percent of Samsung phones being sold worldwide are made in Vietnam, according to the prime minister.

Semiconductors are essential for the production of smartphones. But unlike the bulkier parts used to make vehicles or larger IT devices, transporting the tiny components is relatively easy, so it isn’t essential to have a chip plant nearby to reduce logistics costs. Vietnam has many production facilities for IT devices, mostly consumer products for which Samsung chips with high specifications are not necessary, said other experts.