Experts share experience of reviving a city via social innovation

The experts were invited to share their experience of reviving a small city by bringing together civil society, governments and corporations at Sinn 2019 in Chuncheon, Gangwon Province, on Nov. 29.

Tilburg is a small city in the Netherlands with 215,000 people and faced economic hardships due to the declines of the burgeoning textile industry.

MCSI runs many citizen-oriented projects such as Spoorpark, a former industrial zone transformed into a city park by efforts of citizens. 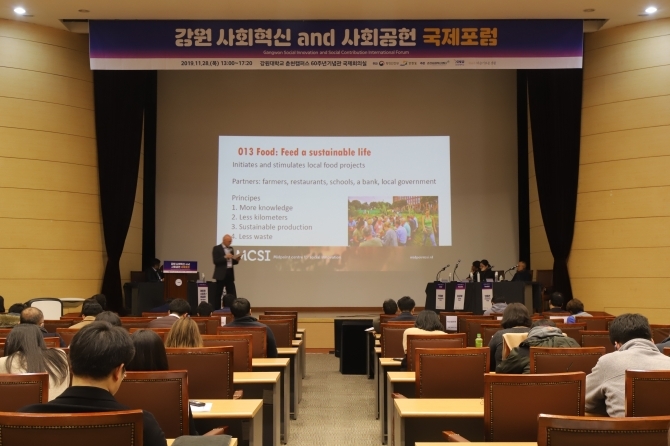 “Thirty years ago, Tilburg citizens had no pride but they are proud of the city they built with their own efforts,” Boel said.

Marieken Smeets-Bielars, board member of MCSI, stressed cooperation with students.

“The advantage of working with students is that they provide fresh feedback and visions,” she said.

Chang, the head of TSIU, said that the city’s innovation hub carries out many capacity building events, provides training and resources for citizens.

And citizens more easily speak up when they feel like they are being heard, Chang noted.