Under the partnership, CJ ENM and its drama production affiliate Studio Dragon, which has produced many hit dramas such as “Guardian: The Lonely and Great God,” and “Mr. Sunshine,” will create original series exclusively for Netflix users around the world and also release some of their works on the platform for three years starting from January.

Although the Korean company has successfully introduced several dramas on Netflix in the US, including “Stranger” and “Memories of Alhambra,” the multiyear partnership would help local talents gain popularity with a broader audience overseas. 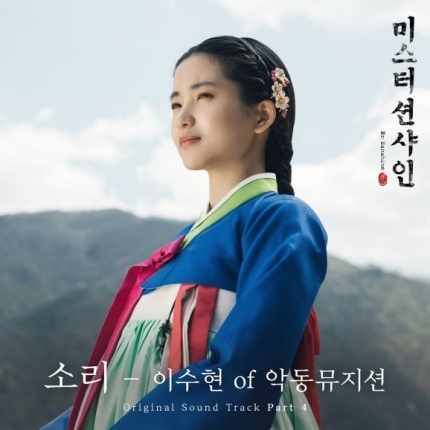 “CJ ENM has been leading the changes in the market and boosting domestic success overseas,” CEO Heo Min-hoi said in a statement. “As we have been focusing on premium content and global distribution, the partnership with Netflix will allow Korean contents to be introduced to a global audience who will have new experiences and value.”

“CJ ENM and Studio Dragon represent the gold standard in Korean entertainment and we are excited and honored to work with them. This partnership with CJ ENM and Studio Dragon demonstrates our commitment to Korean entertainment and allows us to bring more top-tier Korean dramas to Netflix members in Korea and abroad,” Netflix Chief Content Officer Ted Sarandos said in a statement.

As part of the collaboration, CJ ENM has the right to sell shares of Studio Dragon of up to 4.99 percent to NetFlix, the company said. If CJ ENM decides to sell the stake, the US company will become the second-largest shareholder of Studio Dragon.

The partnership came as Netflix and CJ ENM face competition from new rivals.

In the US, Netflix is facing Disney Plus and Apple TV Plus, both of which were launched earlier this month with cheaper subscription plans. Disney Plus will offer movies like “The Lion King” that attracted 10 million users in one day. Apple TV Plus was introduced on Nov. 11 with the most affordable monthly price.

In Korea, Wavve, a homegrown video streaming service by a union of three major TV broadcaster and SK Telecom, was launched on Sept. 18, enticing 2.7 million users. Netflix has about 2 million users here.

CJ ENM and its partner JTBC are likely to compete with Wavve when it kicks off next year.

“Studio Dragon will be able to create competitive content for the global market with financial support from Netflix,” Choi Min-ha, an analyst at Samsung Securities wrote, setting a target price of 94,000 won ($79.75).

‘The partnership won’t have an immediate impact on its financial results next year but it will the growth potential post 2021,” Park Jung-yup, a Mirae Asset Daewoo researcher said. “As the partnership guarantees production and distribution, Studio Dragon can attempt many things and secure stable funds,” Park added.