The company expects to be listed on the second-tier Kosdaq market. 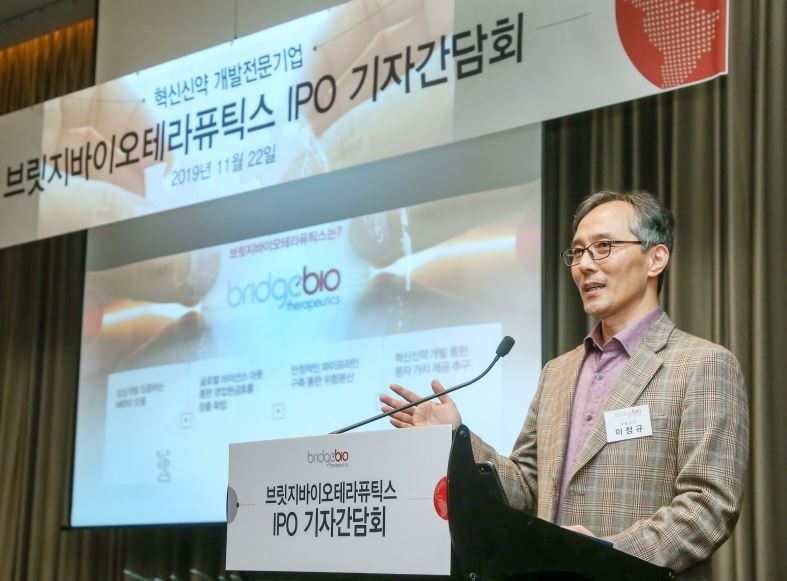 “We hope to become a global biotech company by advancing both our business management and drug development divisions,” Lee said during a press conference in Seoul.

“After going public, we aim to gain momentum for sustainable growth by eventually becoming a company that conducts late phase clinical trials as well.”

He added that the company’s long-term goal is to develop and export its drugs like Korean company SK Biopharm.

Bridge Biotherapeutics, which is a virtually-operated, venture-backed clinical stage biotech firm, was established by Lee in 2015. Recently, it announced that it had successfully signed a contract with German pharmaceutical company Boehringer Ingelheim to license out its drug candidate BBT-877. The drug candidate is expected to be used to treat diseases such as idiopathic pulmonary fibrosis and other fibrotic diseases.

Regarding industry insiders’ worries about the company going public as some of the local companies that went public under relaxed standards that allow the listing of promising companies like Bridge Biotherapeutics are showing poor performance, Lee said his company is different.

“During the last three years, we showed clear results. We also successfully licensed out two of these pipelines, which shows that we are meeting the demand that is out there,” Lee said.

Lee added that although the company is likely to have around 550 million won ($466,608) operating loss this year, it will turn to the black posting around 29.7 billion won operating profit next year based on two contracts that it signed with the Korean pharmaceutical giant Daewoong and Boehringer Ingelheim.