The merger of Naver’s Line and SoftBank’s Z Holdings, formerly Yahoo! Japan, has come at a time of soured bilateral relations over unresolved historical issues between the two East Asian countries. That is how desperate tech companies in South Korea and Japan are trying to beat the growing dominance of tech giants from the US and China, along with tackling the problem of an aging society.

“In the global IT industry, the winner takes all -- talent, funds and data,” Line Co-CEO Takeshi Idezawa said. “At the moment, there is a huge gap with global IT companies in terms of market valuation, profits and research and development.”

According to a statement issued by Line on Nov. 18, the global internet market, which is overwhelmingly dominated by huge US and Chinese firms, motivated the two firms to integrate to create a sizable player.

The merger of messaging app Line owned by Korea’s Naver and Yahoo! Japan backed by telecom company SoftBank is set to create the largest Japanese mobile platform with more than 100 million users in Japan.

During the press conference, the two heads emphasized the transformation into an artificial intelligence company and promised an investment of 10 billion yen ($92.06 million) each year. 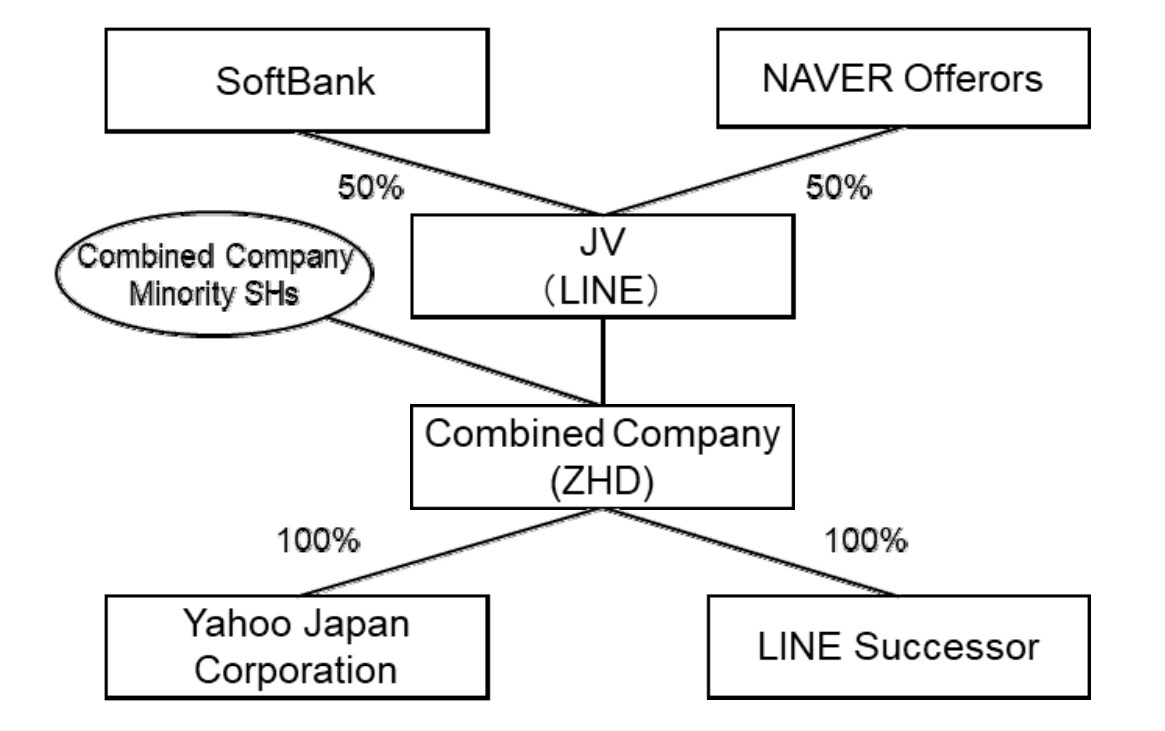 The companies also said that AI technology would help increase productivity in both countries, which are suffering shrinking workforce due to the low birthrate.

The four companies -- Naver, Line, SoftBank and Z Holdings -- began discussion in September, but the leaders of the companies emphasized cooperation and technologies especially AI.

In a meeting with President Moon Jae-in on July 4, Masayoshi Son, the founder and CEO of SoftBank’s holding firm, told him that when it comes to what Korea should focus on, “the first is AI, the second is also AI and the third is AI as well.”

Lee Hae-jin, founder and global investment officer Naver, said in October during a parliamentary inspection that “technology and cooperation are a must to compete with global companies like Google. We also have to cooperate with other countries.” 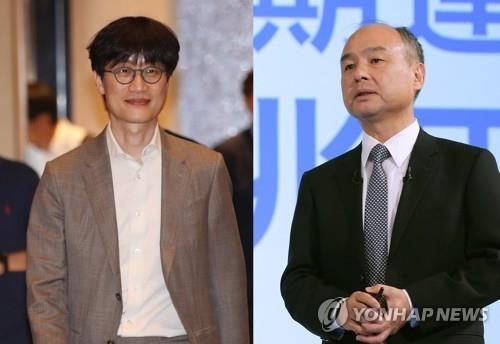 By uniting, Naver and SoftBank will each hold 50 percent of the merged company. Currently, Naver owns more than 60 percent in Line while SoftBank has more than 40 percent in Z Holdings, which controls Yahoo! Japan.

The joint venture will control Z Holdings, which in turn will operate Line and Yahoo! Japan. Line, one of the most popular messaging apps in Japan, Thailand and Taiwan, will become a consolidated subsidiary of SoftBank, a unit of investment conglomerate SoftBank Group.

They will sign a definitive contract in December and complete the deal by October 2020, Line said in a statement. As part of the merger process, Line is expected to go private by acquiring all outstanding shares, options and convertible bonds. The messenger app will offer 5,200 yen which is 13.41 percent higher than the closing price of Line’s common shares on Nov. 13.