This came in a move to turn the subsidiary into a holding company that controls its Asian operations in China, Vietnam and Indonesia. 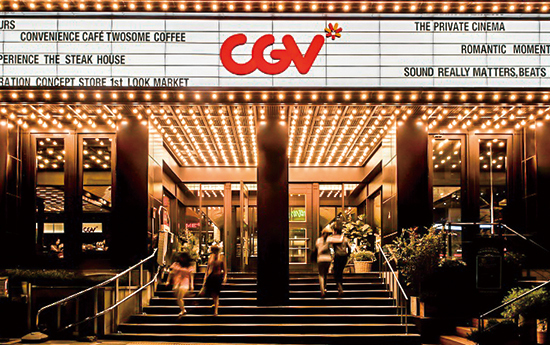 
CGI Holdings, now wholly owned by CJ CGV, will receive funds from the consortium in exchange for its 653,364 new convertible preference shares, which will amount to 28.57 percent of the entire stake, according to a regulatory filing. Following this, CJ CGV’s ownership in CGI Holdings will be lowered to 71.43 percent.

CJ CGV will be entitled to carry out a call option for the new shares, while the investors may exercise the drag-along rights. The transaction is poised to be complete by Dec. 27.

The company said CGI Holdings will use the proceeds to reimburse the stake purchases in other subsidiaries in Vietnam and Indonesia and meet working capital needs.

By Nov. 29, the new holding entity will acquire a 100 percent stake in CJ CGV Vietnam Holdings in return for $85.3 million and a 23 percent stake in Graha Layar Prima, an Indonesian joint venture, for $72.9 million.