South Korea’s e-commerce market has several big players -- Coupang, 11st Street, WeMakePrice and G-market -- which are engaged in cut-throat competition and are gnawing at the business of offline retailers.

But they are not necessarily preferred by young Koreans. According to App Annie, Generation Z youth (those born in the mid-90s) prefer unique online secondhand market places like Bungaejangter along with fashion shopping malls ZigZag and Musinsa.

There are 6.46 million Gen Z youth in South Korea, taking up 12.5 percent of the total population. 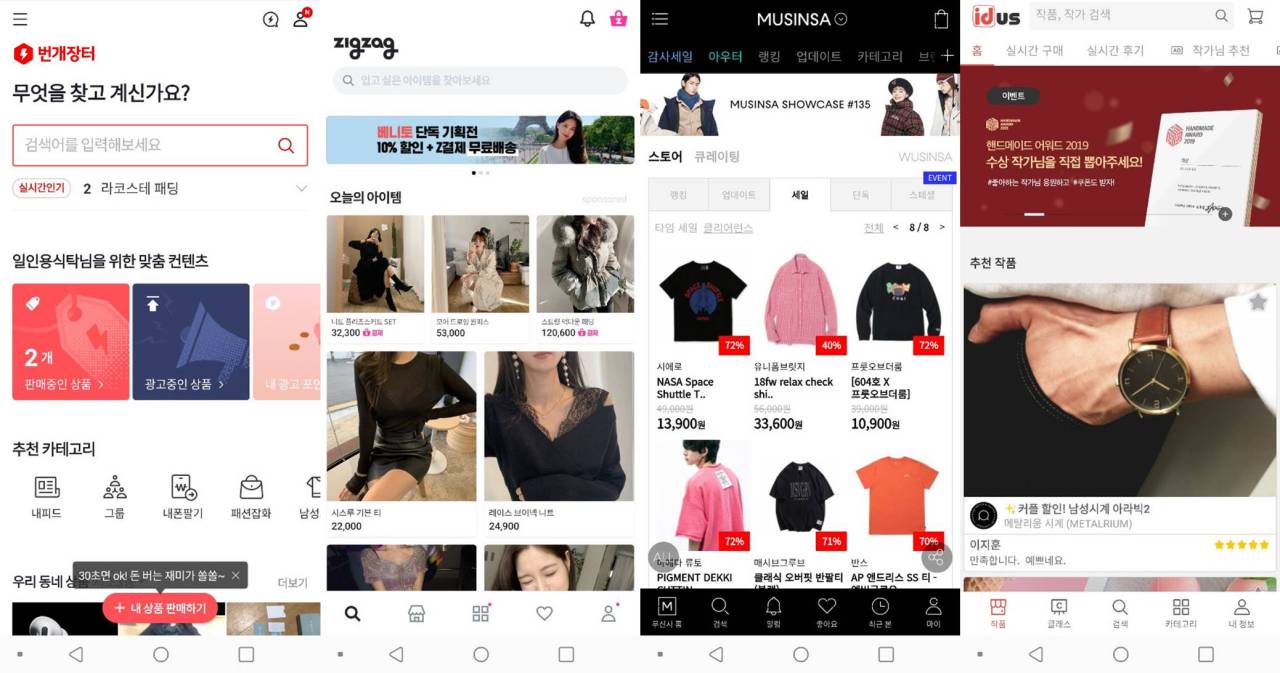 “We focused on Gen Z which our competitor missed out on,” Bungaejangter’s CEO Jang Won-ki said. “As that generation has more and more purchasing power, we’re fine-tuning our services.”

Bungaejangter, meaning Thunder Market in Korean, said 60 percent of its users are in their teens and 20s.

Karrot Market, a leading business-to-business secondhand market and Bungaejangter's competitor, is popular among parents who want to trade stuff of their children.

For fashion platform Zigzag, more than 77 percent are in their 10s and 20s. Launched in June 2015, its accumulated transactions reached 1.3 trillion won ($1.1 billion) as of June.

Musinsa, which has become the country’s 10th unicorn -- startups with a valuation at least $1 billion -- is also backed by young consumers. Almost 45 percent of the users are aged between 18 and 24 years old. It received an investment of 200 billion won from US venture capital Sequoia Capital earlier this year, becoming the second-largest shareholder.

Idus is a marketplace for creative handmade products and Korea’s answer to Etsy, an e-commerce website focused on handmade or vintage items and crafts. Preferred by the younger generation who emphasize uniqueness, the monthly active users of Idus has reached 2.6 million.