SOSV, a global accelerator venture capital, hopes to seek promising Korean startups for its upcoming new batch, the company’s analysts said at an event hosted by Korea Institute of Startups and Entrepreneurship Development on Nov. 8.

SOSV’s regional accelerator units -- business-to-business-focused Chinaccelerator and mobile-concentrated MOX -- met with a dozen Korean startups during a two-day event organized by KISED on Nov. 7 and Nov. 8.

SOSV, founded in 1995, invests in 150 startups each year and has $650 million in assets under management. 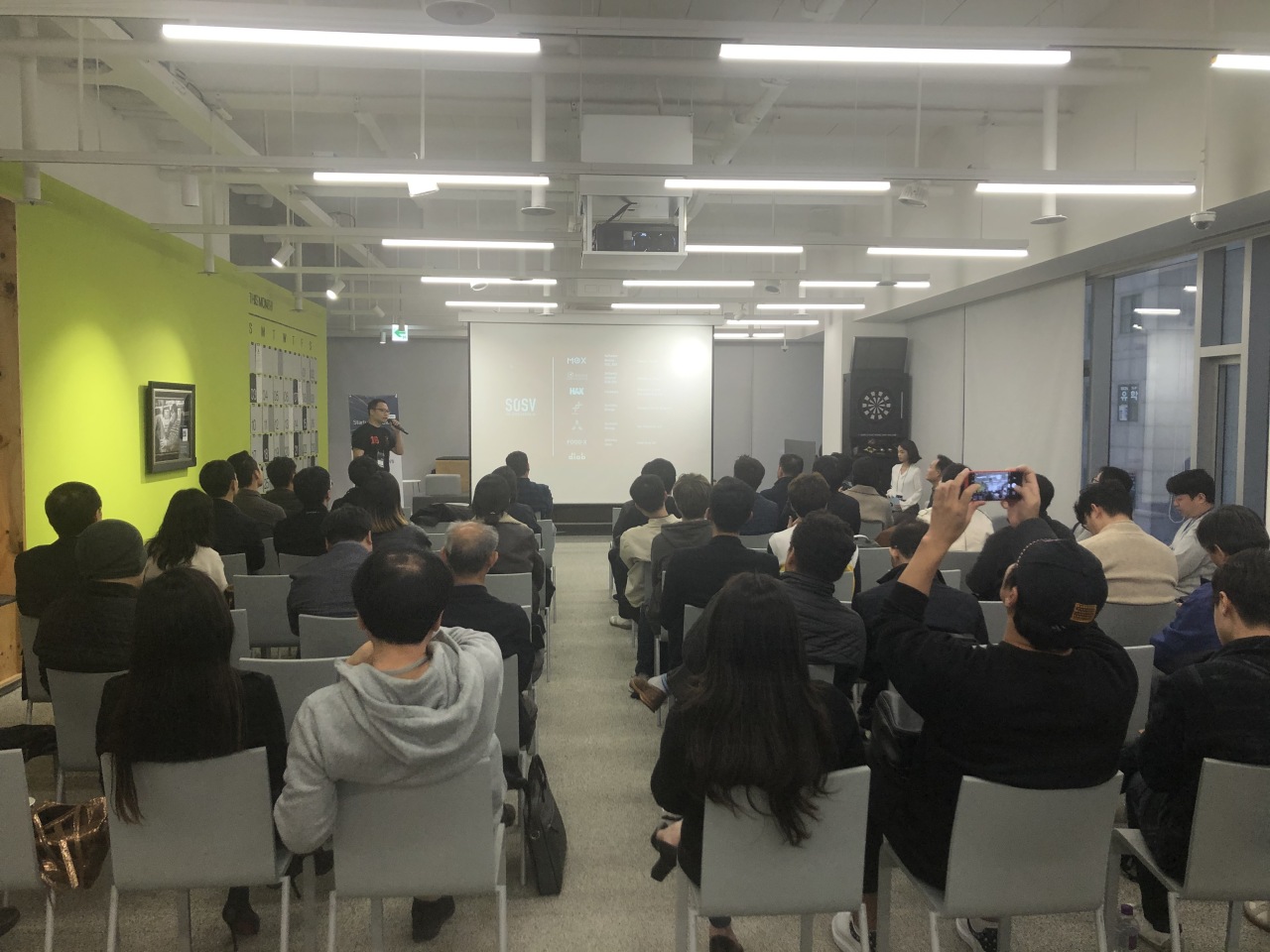 It particularly looks for cross-border startups that have a proven track record in their native markets.

“While there are many challenges for startups that attempt to make a foray into a foreign country, for which we can help with our extensive global networks, it is a good strategy as an investor to find a startup with a proven track record in their countries,” said Brian Lee, an analyst at SOSV and ChinaAccelerator.

Lee said Korean companies have many advantages in the areas of culture, beauty and hardware industries, but they are often not necessarily ready for global communications.

Strong government support is one of the advantages that South Korea startups have.

“Although there might be some startups that get support that they don’t deserve, strong support by the government provides much needed lifeline for startups to overcome ‘Death Valley’ while you gain traction and users, and government supports give lifeline to startups,” Lee added. “Another notable thing about Korean startups are founders who don’t give up easily.