Taxi ride-sharing app Banban taxi operator Kornatus said on Nov. 8 that it aims to reach 100,000 users by the end of this year.

“By offering better services and adding value, we are aiming to increase our current number of users to over 100,000 from the current 30,000 by the end of this year,” Kornatus CEO Kim Gi-dong said during a press conference held Nov. 8. “Although we are still at the beginning stage, we are moving toward our goal to make a mobility platform that can benefit both drivers and users.” 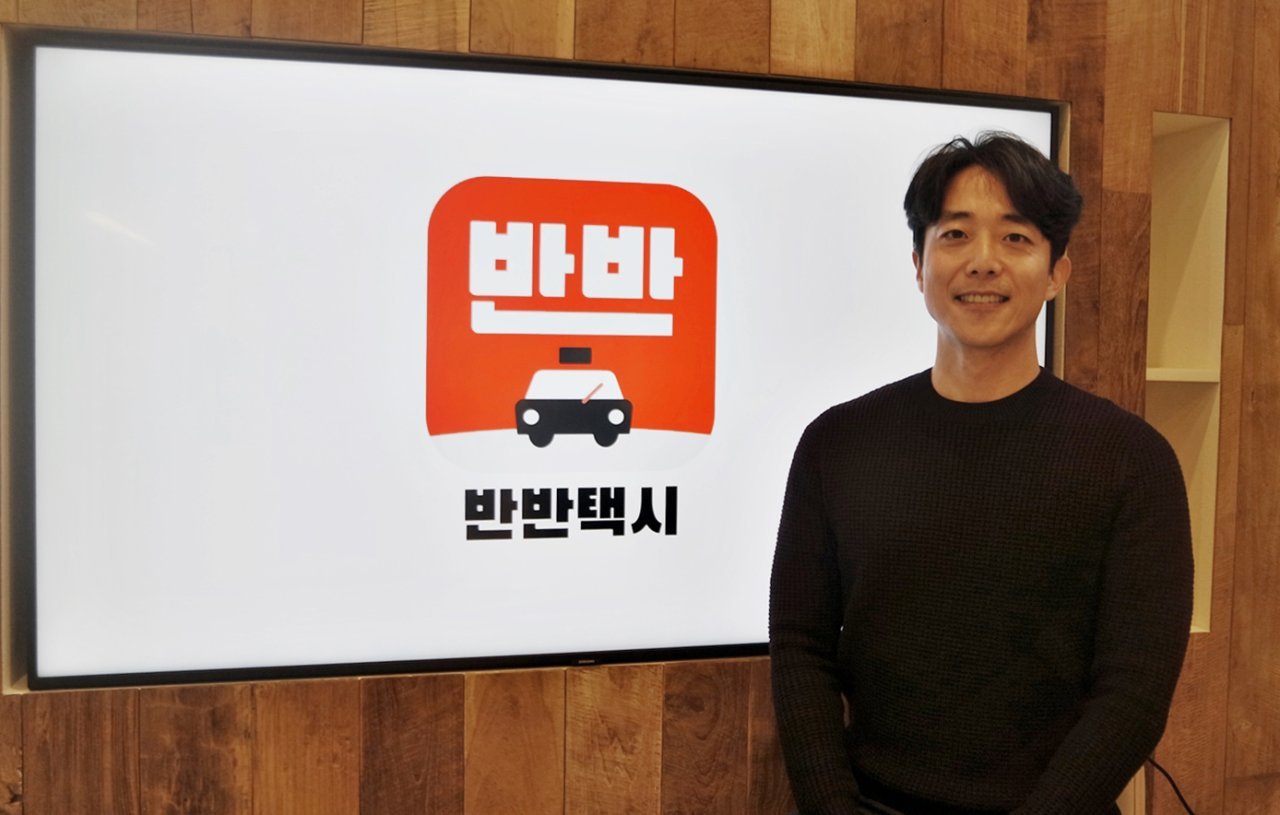 The company officially launched Banban in August this year after it obtained regulatory sandbox approval from the Ministry of Science and ICT, which exempts the startup from some laws and regulations.

The government allowed the startup to provide a ride-sharing service -- banned here since 1982 -- because it believes it can become a solution for a shortage of cabs at night, partially due to taxis that do not want to carry short-distance riders.

Taxi service users can book their rides between 10 p.m. and 4 a.m. in 12 districts, including Gangnam, Jongno and Yongsan. The app matches users whose routes overlap more than 70 percent. Users have to pay around 2,000 ($1.73) to 3,000 won in an additional fee to use the service, but the total charge is still lower than the usual fare one user would pay alone, as two riders would be splitting the fare.

Although the company declined to state the specific amount, the startup added that part of this fee is shared with the driver and that is the incentive to encourage them to use its system.

“Our top 10 percent of drivers that frequently use our service earned around 52,000 won more monthly,” Kim said.

The company also explained that its users are increasing by 30 percent every week as its employees go to the streets of places like Gangnam, Jongno and Itaewon every Thursday and Friday to advertise the service and raise the startup’s brand awareness.

“In October, we matched half of our users with drivers,” Kim said. “For most taxi service apps, the figure is usually around 30 percent at night, so I think this number is meaningful.” He added that he believes the rate will go even higher once it adds more users.

Kim also said over that the long-term he hopes to negotiate with the government to operate 24 hours a day. “We will have time to discuss this matter in February next year,” he added.