Private taxi drivers who complained that they had been left behind in deals between mobility platforms and taxi companies have joined forces with a 4-year old company to launch a new mobility platform.

On Oct. 21, representatives of private taxi drivers from around the nation gathered to kick off a welfare foundation for private taxi drivers, something they had wanted to create since 2005. The welfare foundation, which promises various benefits including health care, education and financing for new vehicles, also aims to provide a mobility platform as one of many profit-making activities.

The mobility app will be offered and managed by a new company called Mirae Ohsung Group. The group made headlines earlier this year when it said it was preparing to launch Didi Chuxing, China’s dominant mobility platform operator, in Korea.

“The current Kakao-focused market offers little benefit to us so we wanted to look for an alternative to Kakao Mobility. Uber has a bad reputation among taxi drivers. India’s Ola is too far and China’s Didi Chuxing appears to be a good option,” Kim Jae-mun, a representative of the welfare foundation, said. 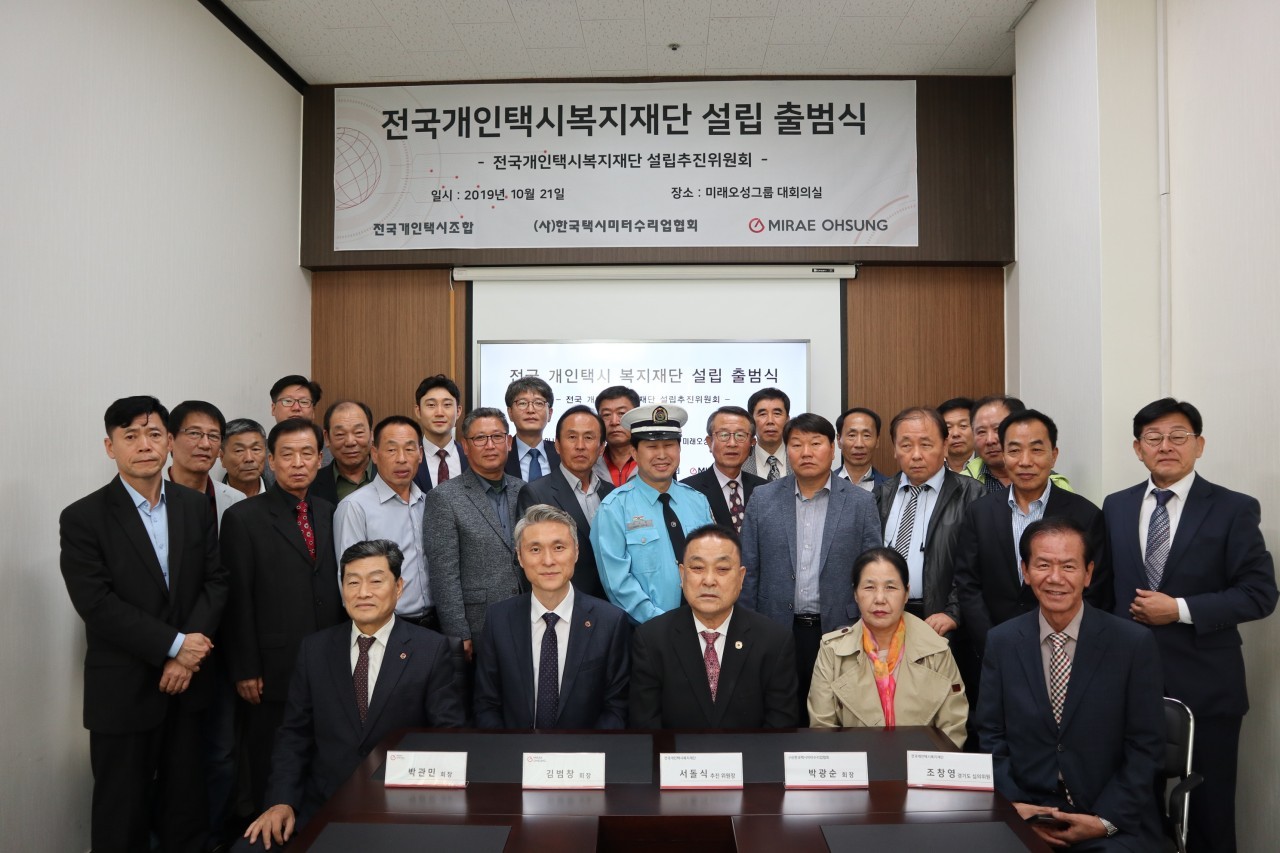 To defuse the confrontation, the Ministry of Land, Infrastructure and Transport unveiled plans July 17 that would allow new ride-hailing and car-hailing platforms to enter the market while also providing support for the taxi industry. Among other features of the plan, it includes a requirement that platform service providers contribute to a government program to purchase taxi licenses.

This has resulted in a series of acquisitions of taxi operators by companies like Kakao Mobility and partnerships between taxi companies and startups. Kakao has bought two taxi companies, which combined hold about 170 taxi licenses, and is currently negotiating with another taxi operator with 100 licenses. VCNC, the operator of van-hailing service Tada, has also teamed up with a taxi company.

Despite the government’s efforts to narrow the gap between taxi drivers and mobility platforms, private taxi drivers have said they feel left behind.

“We’re not very satisfied with the measures announced by the government in July. Private taxi drivers are taking a back seat,” Kim added.

For Mirae Ohsung Group, which is determined to become a leading mobility platform, this is an opportunity. After the government announced the new measures in July, Mirae Ohsung initially began looking for a taxi company as its partner but ultimately decided to cooperate with private taxi drivers.

“There are 165,000 private taxi drivers and after reviewing various methods, including buying a taxi company and (offering) Tada-style services, we thought partnering up with private taxi drivers across the country would be the best way for us to build a compatible mobility platform,” Mirae Ohsung Group President Kim Beom-chang told The Investor on Oct. 21.

Kim said the service, TexCeo, was expected to launch as early as next year and its success would depend on the participation of private taxi drivers.