Although the latest models have been criticized by market analysts for the “lack of innovation,” the devices have been gaining traction in terms of sales since they were released on Sept. 20 in some global markets including the US, Japan and China. 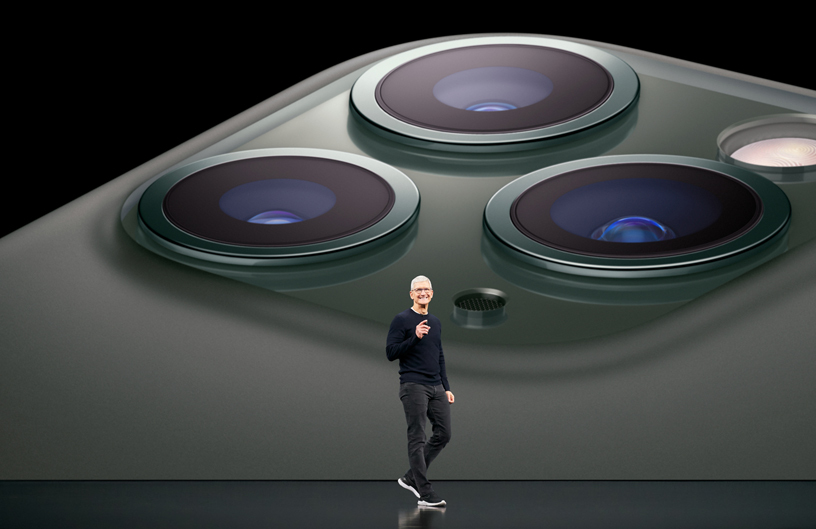 In China, where local firms Huawei Technologies and Xiaomi dominate the smartphone market, Apple was the only foreign player that saw an increase in shipment volume in September compared to the preceding month, according to Chinese investment firm Sinolink Securities.

The US firm sold 4.33 million units of iPhones last month in China, up 78 percent from August. While the breakup of models sold is not available, the new iPhone lineup is thought to have driven the sales growth.

Apple’s latest iPhones are forecast to steal some thunder from its archrival Samsung Electronics on the latter’s home turf, and the US firm’s parts suppliers based in South Korea are likely to benefit from it, according local market analysts.

“Thanks to the positive market response for the iPhones, LG Innotek will likely mark profits higher than the previous estimates,” said Kim Ji-san, an analyst from the brokerage firm.

Apple’s 6.1-inch iPhone 11 features dual-camera modules on the back while the two higher-end models are installed with a triple-lens rear camera. The 11 Pro sports a 5.8-inch screen while the 11 Pro Max comes fitted with a 6.1-inch screen.