In the global race for automation in logistics, unmanned mobile robots are playing an important role, largely with the assistance of an underlying system that varies from QR codes on the floor to beacon sensors on walls and wearable devices.

South Korean startup Twinny is one company that is moving the other way by weaning its mobile robotic solutions off the system. By becoming independent, its robots can precisely locate themselves, detect a human to follow and execute the order-picking process for warehouse inventory management, all without any physical connection.

“Those underlying systems often incur significant maintenance costs, because a slight damage in the system could cause robots’ failure to properly position itself,” said Twinny co-founder Cheon Hong-seok in a recent interview with The Investor on the sidelines of the Robot World 2019 at Kintex, Gyeonggi Province.

“Warehouses can actually save costs, because there is no need to set up all that infrastructure associated with automated robots,” added Cheon. 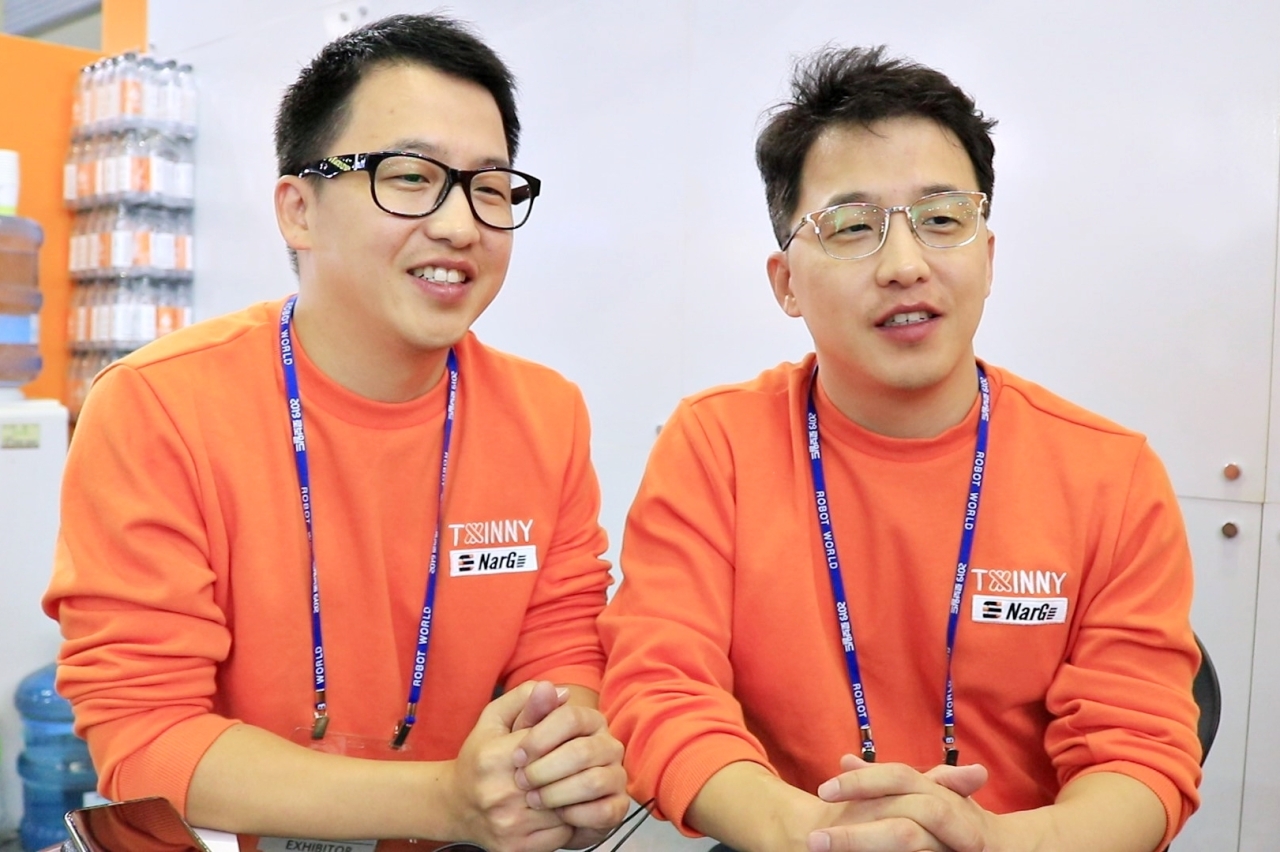 Twinny co-founders Cheon Young-seok (left) and Cheon Hong-seok speak in an interview with The Investor during Robo World 2019 on Oct. 9.
Son Ji-hyoung / The Investor


Twinny’s robotic solutions -- currently at its prototype stage -- can be have an upper edge against global fulfillment solution giants like Amazon’s Kiva once they are deployed, he claimed.

“The Kiva system requires racks compatible with its own robots and QR codes for positioning, so it prevents ordinary logistics facilities from adopting it,” he said, adding Twinny carts neither need new racks nor infrastructure for robot assistance.

Twinny was co-founded in 2015 by Cheon and his twin brother. Based in Daejeon, which is about 140 kilometers south of Seoul, the company recently unveiled a mobile robot lineup in part powered by Velodyne Lidar, so that it would work in indoor facilities with weak GPS signals.

The lineup consists of TarGo -- which can detect people even when interrupted by other humans or moving objects -- and NarGo, which is self-driving. 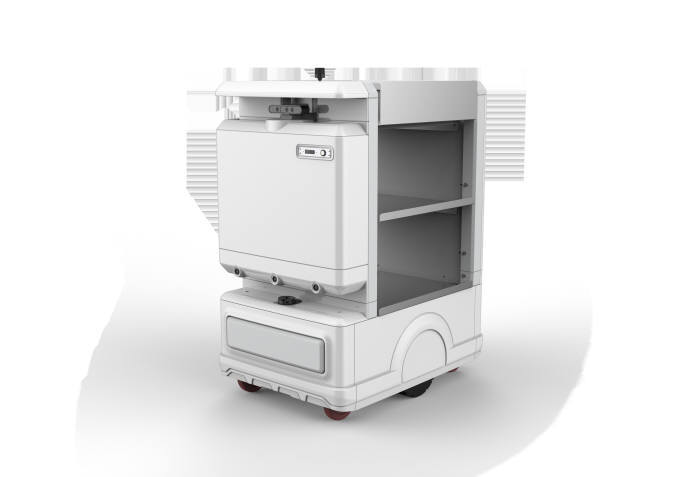 A promotional image of TarGo

Meanwhile, NarGo allows a cart to pull another cart so that the robot carts can be aligned like a cord-free train. Heavy packages can be parceled out in multiple carts, led by a leading cart that navigates the surroundings.

“NarGo is tailored mainly for warehouses, while TarGo is more versatile and can be used in supermarkets, airports, offices and hospitals.”

The two robots made their debut at Robo World 2019 last month. They can carry objects that weigh up to a combined 100 kilograms. By early next year, Twinny plans to upgrade the capacity to a maximum of 1 ton with an add-on forklift. In terms of velocity, TarGo can move as fast as 1.2 meter per second and NarGo’s maximum speed stands at 0.7 meter every second.

TarGo and NarGo both branched out of JangBoGo, which was showcased at Consumer Electronics Show 2019 in Las Vegas. 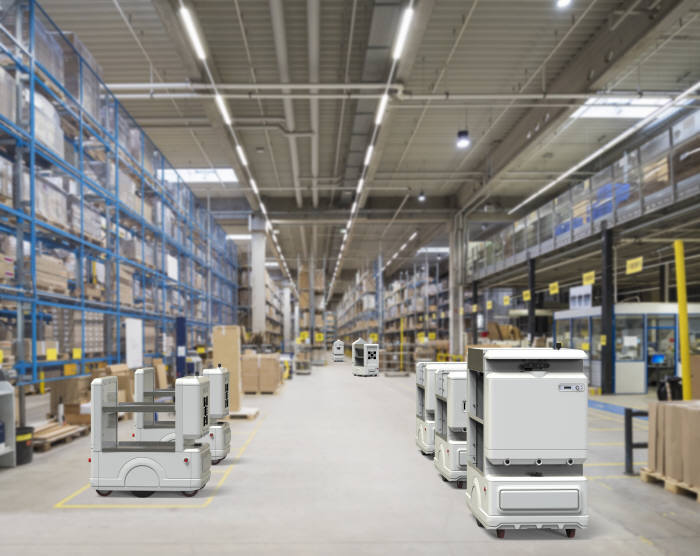 A promotional image of NarGo

Twinny’s goal is to launch a full-fledged software for the control system that is compatible with partner companies’ fulfillment software or other hardware products like drones to maximize efficiency in logistics management.

The startup is looking to raise up to 6 billion won ($5.1 million) series A funding by the end of this year. It is now eyeing business in nations where labor costs “are comparatively high,” such as Korea, Japan and Singapore, as well as Europe and North America.