Edu-tech startup TagHive said on Oct. 1 that it has won the IDA Education Award at DIDAC India, the nation’s largest conference for education and training sources held on Sept. 24-26 in the high-tech city Bengaluru.

IDA Education Awards are given to reward pioneering educational institutions, or organizations that have contributed to enhancing students’ learning outcomes. 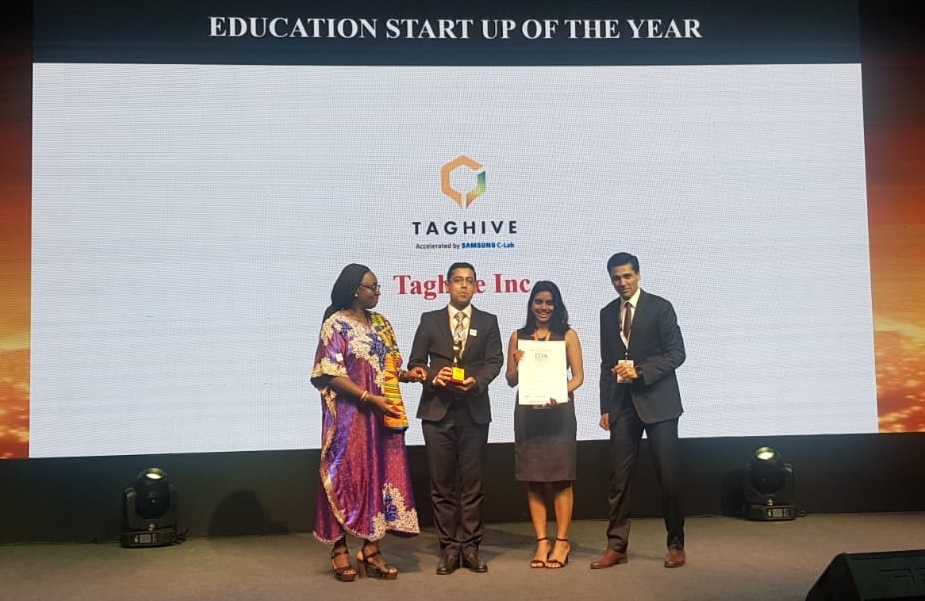 More than 400 companies vied in different categories of the award competition, including Tech School of the Year, Sports & Recreational Initiative in Education and ICT Enabled Institution.

“The award validates our idea and approach in transforming primary education in India,” TagHive CEO Pankaj Agarwal told The Investor, adding “We will try to step up our efforts and forge meaningful partnerships to bring our educational solution Class Saathi to many more schools globally.”

The solution has been deployed in schools in both South Korea and India so far, and the response has been positive, according to the CEO.

Class Saathi, consisting of a Bluetooth-base clicker, and apps for teachers and parents, enables frequent formative assessments at school and personalized learning at home. It has been pilot-tested with over 1,000 students and was proven to be effective in improving learning outcomes, according to the Pangyo-headquartered startup.

The company has partnered with Sigong, a leading Korean firm focused on primary education, to utilize the solution in over 100 schools. It has also secured partnerships in India to expand in the country.

TagHive, launched in 2017, is an edu-tech startup spun off from Samsung Electronics’ C-Lab startup acceleration program. The company’s CEO served as a creative executive at the Korean tech giant. He joined forces with former colleagues to develop smart toys and mobile solutions, aimed at improving interactions between teachers and students in the classroom.