Korea Investment and Securities to buy building on 195 Broadway

Korea Investment and Securities is buying a 102,000-square-meter commercial building located on Broadway in Manhattan for 600 billion won ($501 million).

The securities firm and Samsung Asset Management agreed to buy the building from JPMorgan’s asset management arm, which owns a 95 percent stake in the property located a block away from the World Trade Center Campus. JPMorgan Asset & Wealth Management bought the property for $500 million in 2013. 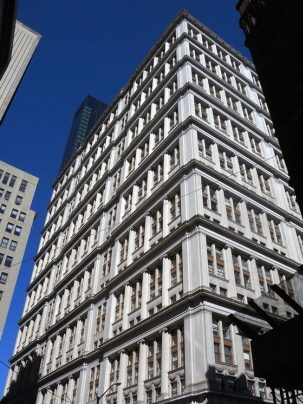 JPMorgan and its partners, including L&L Holding, spent $100 billion renovating the 29-story building, also known as the Western Union Building or Telegraph Building for its history as the headquarters of AT&T and Western Union. L&L bought the building in 2005 for nearly $266 million.

Jung Il-Moon, CEO of the financial company, earlier this month said that his company was planning to buy the property to resell while revealing high expectations for overseas property assets. Korea Investment and Securities bought a building in a major business district near Paris, France, for 370 billion won in April this year.