South Korea’s tax burden per capita will stand at an estimated 7.5 million won ($6,277.94) next year, slightly up from this year, and is poised to grow through 2023, according to data released by the government Sunday.

The data comes amid growing concerns about a heavy tax burden, despite the government’s expansionist fiscal operations, including efforts to change the tax system. 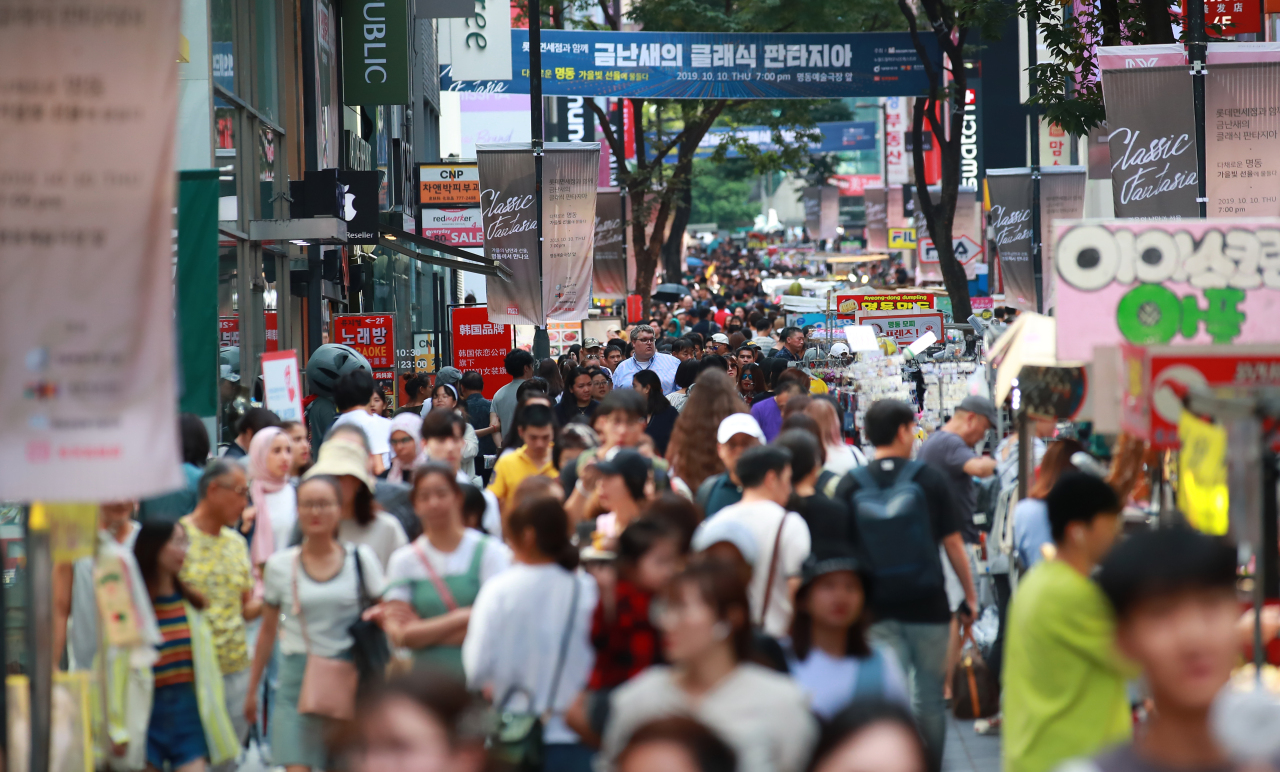 The tax burden per capita, which stood at an estimated 7.4 million won this year, will increase by nearly 98,000 won in 2020, according to data compiled by the Ministry of Economy and Finance and the Ministry of Interior and Safety.

The figure was calculated by dividing next year’s projected national tax revenue of 388.3 trillion won by the nation’s estimated population for 2020, which stands at 51.8 million.

The data also showed that the tax burden per capita will continue to increase annually through 2023. The figure is projected to stand at 8.5 million in 2023, an increase of more than 10 percent from this year, considering the projected national tax income of 442.5 trillion won for the year.

The nation’s tax burden will drop by 0.4 percentage points next year, from 19.6 percent of gross domestic product to 19.2 percent, the data showed. It will then slowly rebound and eventually reach 19.4 percent in 2023.

Despite the concerns, Korea’s tax burden remains relatively low compared with the average for the Organization for Economic Cooperation and Development member states, which stood at 25 percent in 2015.

According to a government official, the data can be attributed to a slowdown in population growth amid a tendency toward low birth rates.

In contrast, the nation will see 0.14 percent population growth next year, according to Statistics Korea, under the Finance Ministry. The figure will then decline below 0.1 percent in the following years.

Meanwhile, the government’s mandatory spending on welfare programs is projected see an annual increase of 8.9 percent through 2023 under the current system, the data also showed.

While the government allocated 106.7 trillion won for welfare spending this year, the figure will eventually reach 150.2 trillion won in 2023 after seeing years of sharp expansion, according to the data.

Of the total spending, money allocated for Korea’s four major state pensions -- for military personnel, civil servants, private school teachers and the elderly -- will see an average annual increase of 10.3 percent, the biggest slice of the pie.

Spending on the four pension programs -- which amounted to 46.7 trillion won this year, accounting for nearly half of the total welfare budget -- is projected to reach nearly 69 trillion won in 2023.