[INTERVIEW] How to ‘backstab’ startups

"Stop, if you have a sense of foreboding,” reads a motto in the office of Veluga Brewery, a Seoul-based startup that was recently forced to shut down its beer subscription box service in South Korea.

And foreboding it was when in June, Korea’s National Tax Service summoned representatives of Veluga Brewery, whose business involves delivering a box containing four bottles of beer and food to subscribers every two weeks. NTS officials told the firm that it would come up with proper regulations for it, and that Veluga better cooperate.

Three weeks later, the authorities visited the startup again to deliver a notice that it would be subject to fines. The NTS accused Veluga Brewery of breaching a set of somewhat “fuzzy” regulations concerning the online sales of alcoholic drinks -- banning a company from receiving online subscription fees from multiple end-users at once for the regular beer delivery. 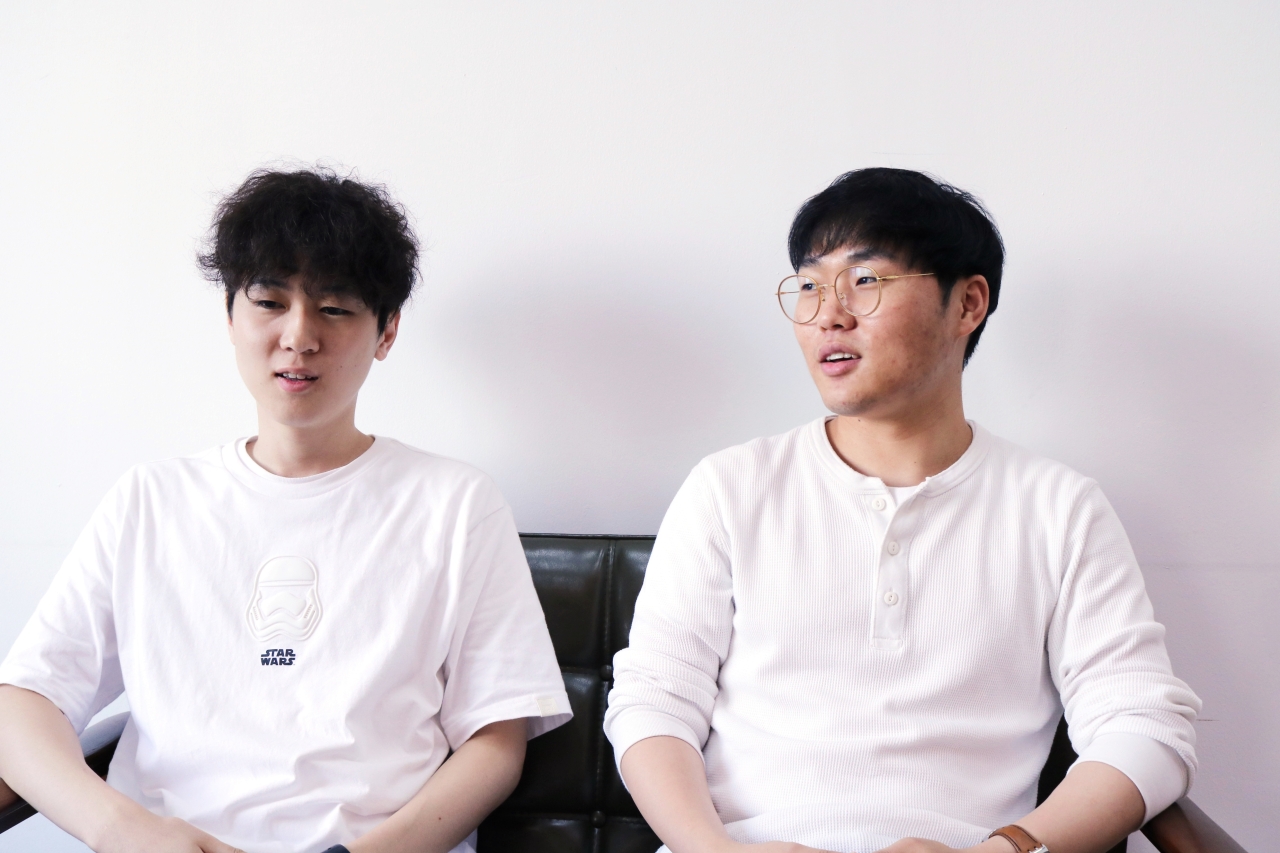 Related:
How can startups rise as driving force behind Korean economy?

“It would have been more appropriate if they suggested guidelines we can follow, and then take corresponding actions when we fail to honor them,” Veluga Brewery’s co-founder and Director Gim Hyeon-jong told The Investor in a recent interview.

Another co-founder Kim Sang-min called the punishment an act of “backstabbing” that has affected as many as 50,000 end-users of the service. “There was no Miranda rights in the NTS’ approach,” he said.

Kim added that the agency two years ago had verbally approved the same beer box operation. “One of the NTS officials declined our request for a written approval, and instead, just assured us it would be okay to proceed,” Kim said. “If they had said the beer boxes are illegal from the beginning, we would not have put our resources in the beer subscription model.”

To follow the law, the company even created a system where an adult certification must be presented at the doorstep.

Veluga Brewery co-founders also argued NTS’ treatment was preferential, saying the regulations largely offered an exemption to certain players here. “Authorities in Korea have allowed subscription boxes containing other forms of alcoholic beverages like traditional liquor,” Kim said. He asked for more attention to be paid to the way regulations are shaped, and how authorities interpret certain rules. 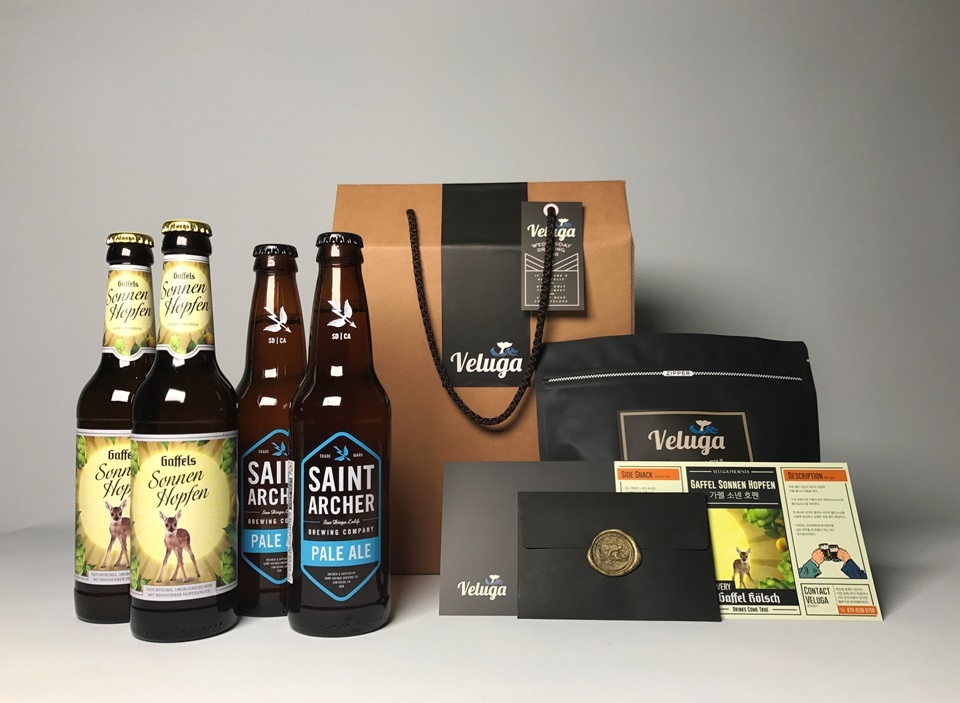 A promotional image of a beer subscription box
Veluga Brewery

Kim launched the beer subscription box in April 2017 after seeing the NTS revision to regulations enabling online sales of alcoholic beverages when sold with food. It went through a slight revision in July the same year, which ruled that an alcoholic drink must be a supplementary component in the box. This, however, led to Veluga’s indefinite suspension, which was accused of serving beer and dry snacks in a subscription box, in July 2017.

“We started with a small amount of capital and we were not making the food by ourselves. Otherwise, we would have been facing financial pressure,” Kim said.

Then, Veluga Brewery began teaming up with CJ CheilJedang to abide by the rules and had since been able to resume business with a box composed of food and “supplementary” beer bottles.

In the meantime, Veluga Brewery since 2018 has worked with state entities, including the Ministry of Science and ICT, Ministry of SMEs and Startups, Ministry of the Interior and Safety and Seoul Metropolitan Government, to clarify gray areas in the public notice by the NTS, only to fail to come up with a detailed guidance and see its business falter. 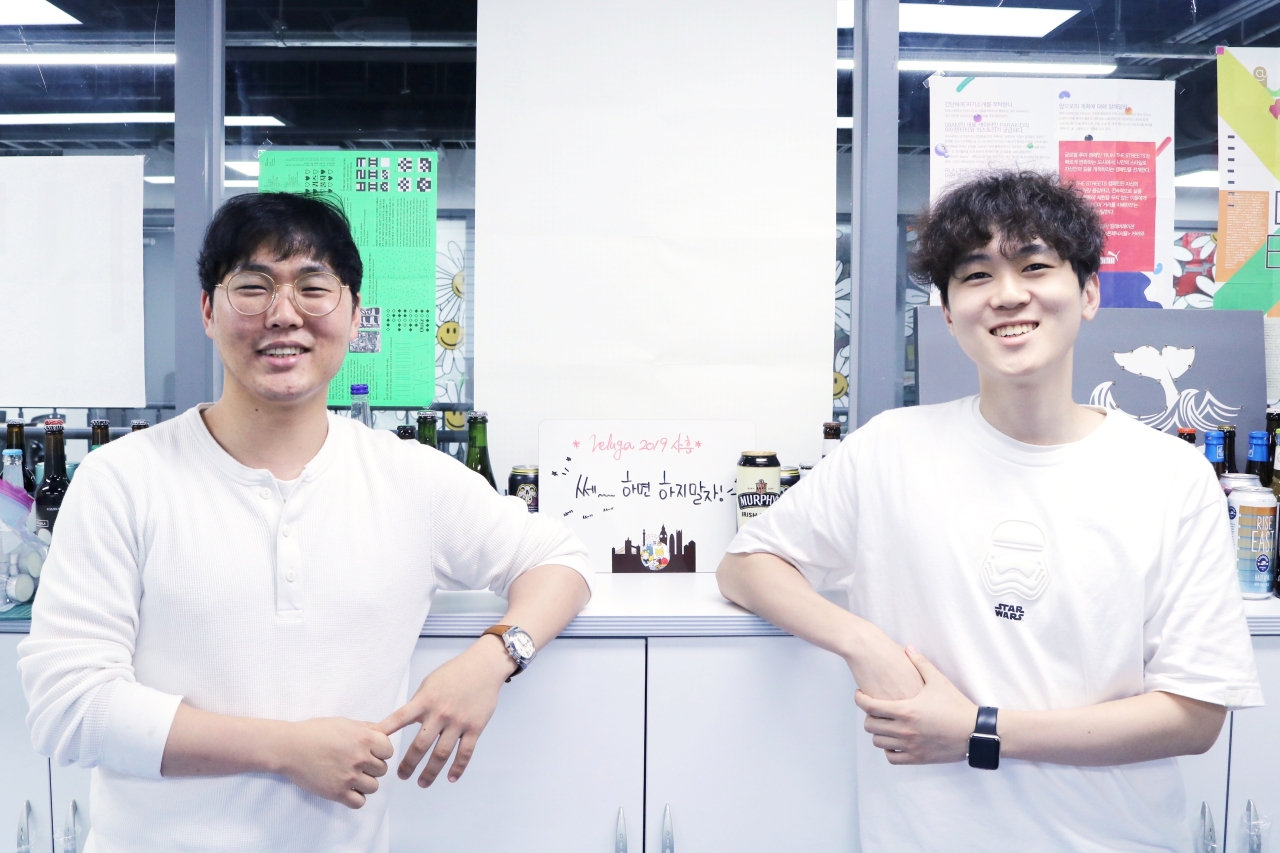 Veluga Brewery co-founders Kim Sang-min (left) and Gim Hyeon-jong pose before a company motto, saying "Stop, if you have a sense of foreboding" during an interview with The Investor.
Son Ji-hyoung/The Investor

Veluga Brewery, as a result, exited from the beer subscription box business and pivoted the business that helps beer importers save cost.

“It’s no use trying to bring the beer box business back on track,” said Kim, who came to love beer being raised in St. Louis, Missouri -- home to brewery giants like Anheuser-Busch.