South Korean biopharmaceutical firm Celltrion announced Sept. 10 that its breast cancer biosimilar has been approved for sales in Canada.

The regulatory body Health Canada has approved the data from nonclinical and clinical trials, and announced that Herzuma’s safety and effectiveness are comparable to the original drug. The drug is a biosimilar based on Herceptin -- which was originally developed by Swiss pharmaceutical giant Roche. 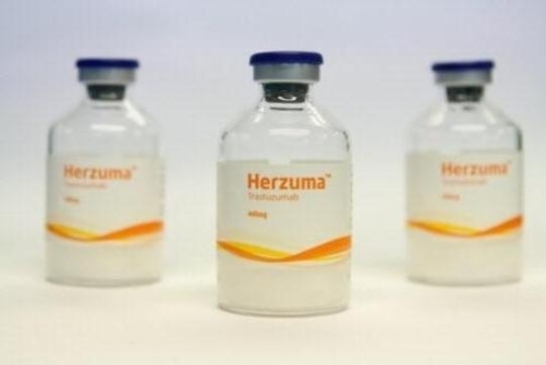 Herceptin is a global blockbuster drug with its sales reaching 8.7 trillion won ($7.3 billion) last year. Its sales in the US and Canada posted 3.5 trillion won.

Celltrion Healthcare, which is in charge of overseas distribution and marketing of Celltrion’s drugs, plans to discuss the launch period with TEVA, its partner for Herzuma’s distribution in North America.

“With the recent approval for Herzuma, three of Celltrion’s antibody biosimilar products have received sales approval in the US and Canada. We will do our best to provide high-quality products for patients in North America,” a Celltrion official said in a statement.

In 2014, the company first entered the Canadian market with Remsima, its biosimilar of Johnson & Johnson’s autoimmune disease therapy Remicade, which is being sold by its partner Pfizer.