South Korea’s Supreme Court has approved a grace period for Samsung BioLogics to defer the implementation of penalties imposed by the financial authorities by up to 30 days, the biopharma firm said in a regulatory filing on Sept. 10.

As a result, sanctions on Samsung’s biopharma arm by Korea’s Securities and Futures Commission will not immediately go into effect once the penalties are finalized by the court, Samsung BioLogics said.

This came after the lower courts were in favor of Samsung BioLogics in January and in May this year, as it filed an administrative lawsuit against the financial regulators in November 2018. 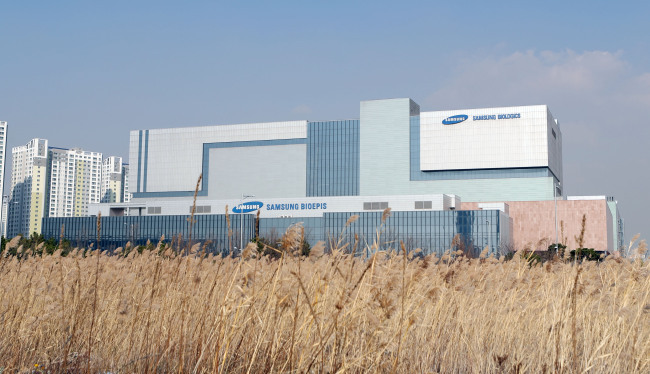 
Meanwhile, a court decision on the sanctions has yet to be made so far, since the financial authorities here accused Samsung BioLogics of intentionally violating accounting rules before listing on the main bourse Kospi in 2016.

SFC, a special legal entity within the nation’s top regulator Financial Services Commission, ordered the firm to revise its financial reports, name an auditor for three years, dismiss its then-CEO Kim Tae-han and executives responsible for its alleged accounting misdeeds. Kim was ordered to pay a fine of 16 million won ($13,400).

FSC, on the other hand, levied 8 billion won fine on the company in November 2018.

Samsung BioLogics in November 2018 demanded the injunction be revoked. It is currently engaged in a litigation with FSC and SFC.

At around 11 a.m., Samsung BioLogics was trading 1.3 percent higher than the previous day’s closing price.

Samsung BioLogics was alleged to have inflated its company value before the listing by introducing the new accounting method that recognizes its US unit Samsung Bioepis as an affiliate, instead of a subsidiary.