Toy’s Myth is a business-to-business platform that sells smart scanners which use big data and internet of things technology. The scanner can analyze the surrounding environment and provide information, including the number of visitors, amount of time they stay and degree of air pollution. 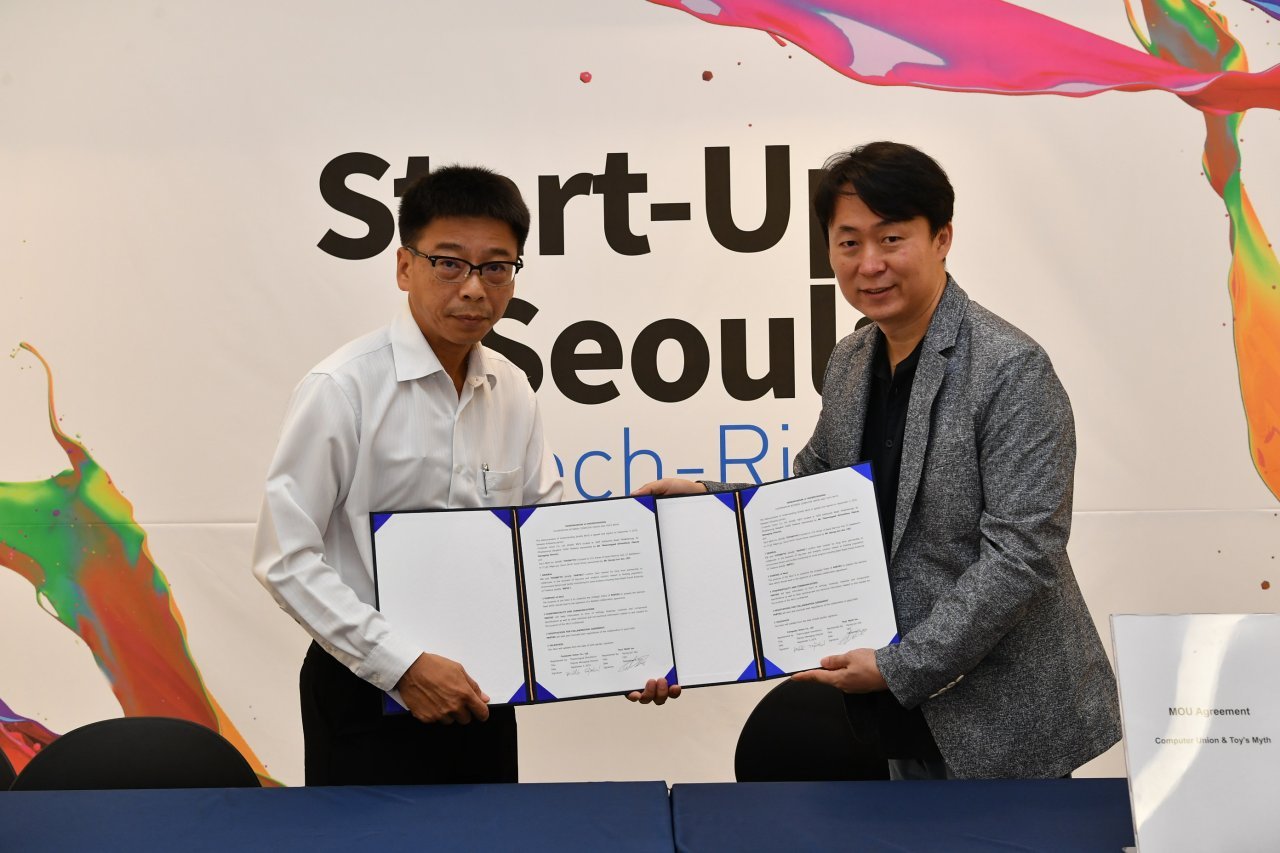 “We aim to provide our service in places like coffee shops and subways in Thailand through this MOU,” Toy’s Myth CEO Seo Hyung-jun said.

The two companies added that they also hopes to cooperate further in the future to install Toy’s Myth’s other two smart scanner products -- Customer Analytics & Report Solution and Smart City Solution in Thailand.

“Our system finished its test run in Korea. We expect it can be applied to public areas overseas,” Toy’s Myth official Park Jun-ho told The Investor. Its service was first tested in the highway rest area of Dukpyeong in Gyeonggi Province. As part of the Seoul government’s “Testbed Seoul” project, it successfully expanded its service in subway line 5 and Gunja Subway Station here.