“Seoul should not copy or mimic Silicon Valley. The has its own strengths,” Yeo said. The city should emphasize more on appealing to foreign startups, he said. 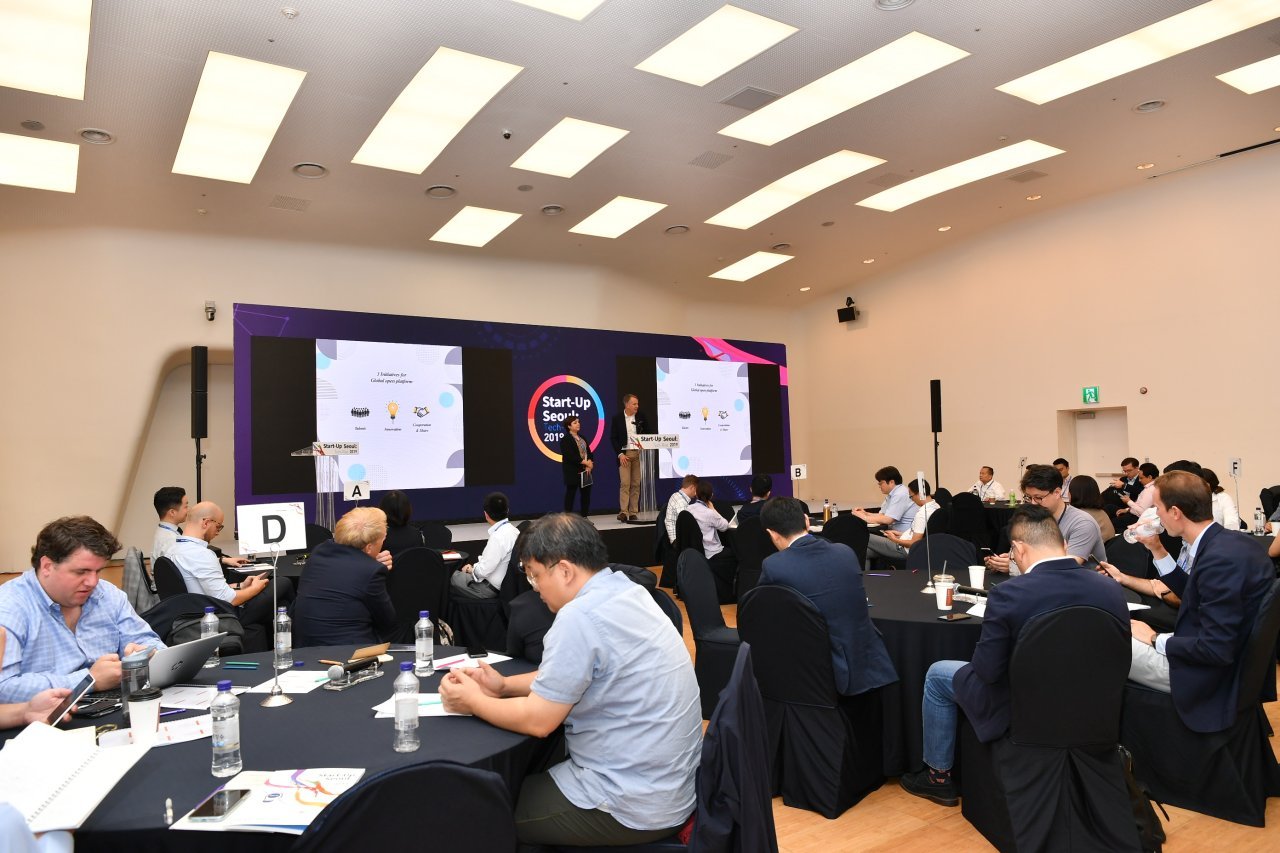 “One of them is high- tech and the other is culture. Seoul has a strong cultural branding from K-pop and K-drama.”

Yeo also emphasized that it is crucial for startups here to have an open mindset toward foreigners and should be more willing to get help from them.

“I am from Singapore and it is very competitive there as we have founders from the US, Europe and India who are eager to enter Southeast Asia. So, the founders there are open and are willing to get help from everyone in the ecosystem.”

To raise this sort of open mindset, Yeo suggested that people who experienced the ecosystem overseas should actively become mentors and share their experience and knowledge to encourage local startup founders.

During the session, the president of French startup accelerator Creative Valley also presented his opinion that Seoul City should work on its visa system for foreigners as it is not friendly. “There is still a visa issue in Korea. What we have done in France is that you can get a visa in one month and you can stay for four years, this way founders feel very safe,” Gozlan said.

He also pointed out that foreigners feel it is difficult to enter Seoul’s startup ecosystem as English is not the common language here. “French people also like to speak French but in some places, we try to make English the common language. We try to do most of our keynote speeches in English,” Gozlan said.

He also said it would be great if the celebrities, including K-pop stars, promote entrepreneurship.

“To add on to his idea, I also think that Korean unicorn leaders should be more visible,” head of international consulting at Tech Nation Stephen Kuester said.

Along with attracting foreign startups to Seoul, Park Kyung-min, an assistant director of the foreign direct investment division at Seoul Metropolitan Government said that they also talked about that importance of the South Korean startups going global as they cannot survive on their own.

“Local cosmetics startup GP Club could become a unicorn as it successfully sold its items to customers in China,” Park said.

Hosted by the Seoul Metropolitan Government, Start-Up Seoul will run until Sept. 6.