Toys for the elderly invented by a local tech startup were picked as No. 1 at a pitching contest on the second day of Start-up Seoul: Tech-Rise 2019, taking place at Dongdaemun Design Plaza in central Seoul.

Among the contestants that introduced their innovations during the session, Studio Cross Culture, an internet of things company that develops a toy robot coined “Hyodol” supporting the elderly in their daily lives received the highest score from a citizen panel. “Hyo” is the concept of filial piety coming from Confucianism values rooted deep in the local tradition. 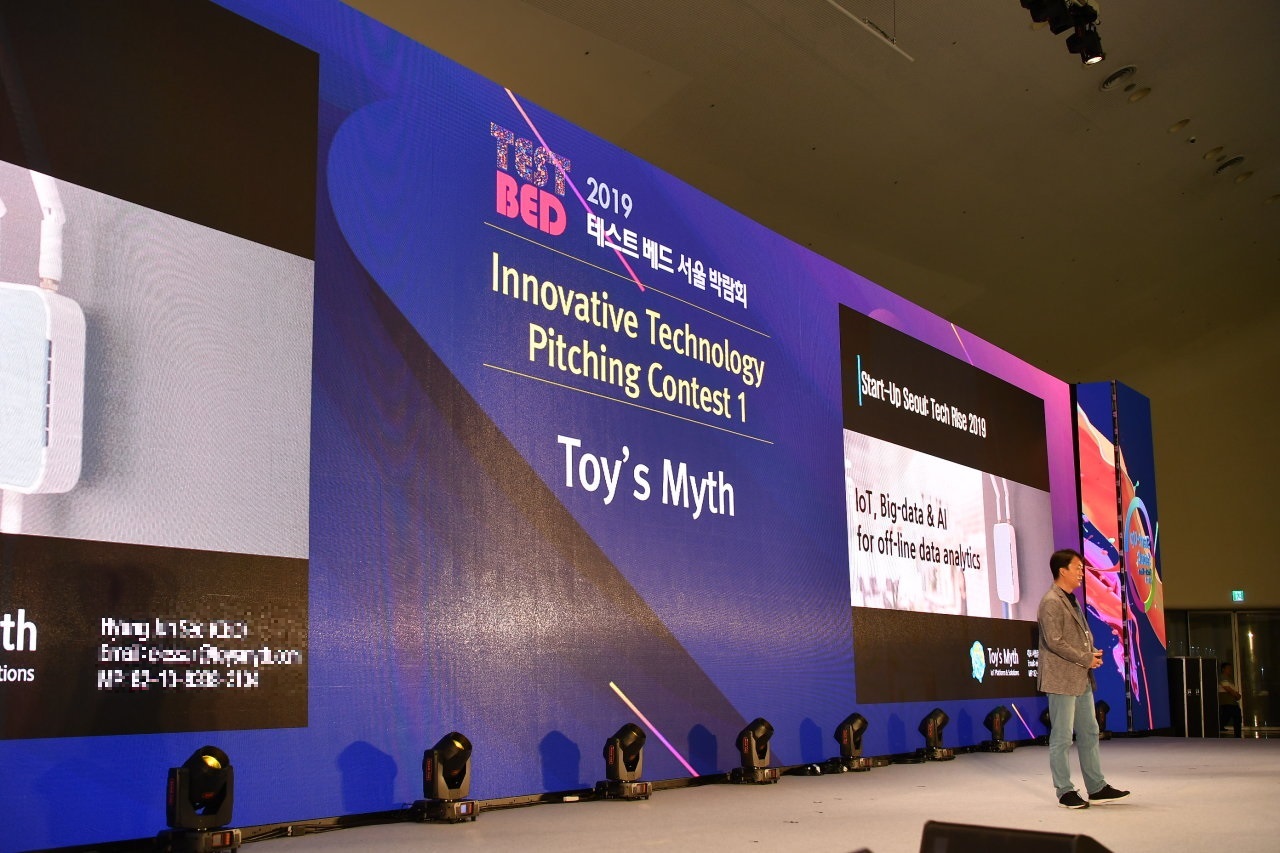 During the event, 10 novice South Korean tech firms focused on artificial intelligence, big data and IoT presented their products in front of a citizen panel, government officials and related experts.

Their technologies focused on innovative solutions for problems such as aging society, worsening air quality and urban insecurity.

Following their presentations, the panel was given time to ask questions and give comments, a rare opportunity of direct communication with prospective customers, while government offcials gave practical advice.

“The problem of aging society and elderly welfare is a social problem that needs cooperation between individuals, private sector and the government. We are grateful for the interest people have shown, and hope that Hyodol helps in solving the problems resulting from an aging society,” CEO Kim Ji-hee said during an interview with The Investor.

Kim explained that respect for the elderly is an emotion shared by all children regardless of nationality, saying her team is already working on exporting the technology.

“We are currently cooperating with Korea Advanced Institute of Science and Technology and University of Texas at Austin to expand overseas,” she said.

“Based on evaluation of domestic market, which demonstrates that Hyodol helps resolve troubles commonly faced by the elderly, such as depression and management of daily lives, we are planning to launch the toys abroad.”

The companies will be awarded with public procurement contracts coordinated by Seoul City and other chances to expand their market.