‘S. Korea should utilize its strengths in tech and IP’

The event is part of the city’s efforts to draw attention to the local startup ecosystem, called the Challenger Startup Ecosystem in a recent report by Startup Genome, meaning it has the potential to make it to the top 30 within five years.

While getting more involved with the global ecosystem by sending local entrepreneurs to the global stage for pitching or funding, he said, South Korea should utilize the country’s strengths -- technology and intellectual property.

“Korea is building on the fantastic foundation of traditional innovation system and intellectual properties,” Gauthier added. “You really have a chance in new deep tech and artificial intelligence. Leverage tangible IPs and improve the ability to create businesses -- this is what Korea should leverage.”

Yann Gozlan, co-founder and CEO of Creative Valley, a network of innovation centers in France, also said Korea has a strong engineering background and showed great promise in blockchain and 5G. “You will have time to set up and try to make a proof of concept and can go global quickly,” Gozlan said.

Park Sung-ho of SV Investment, known for its investment in boy band BTS’ management company Big Hit Entertainment, shared his observations on Korea’s startup scene by comparing the atmosphere in Seoul with that of other leading startup ecosystems. 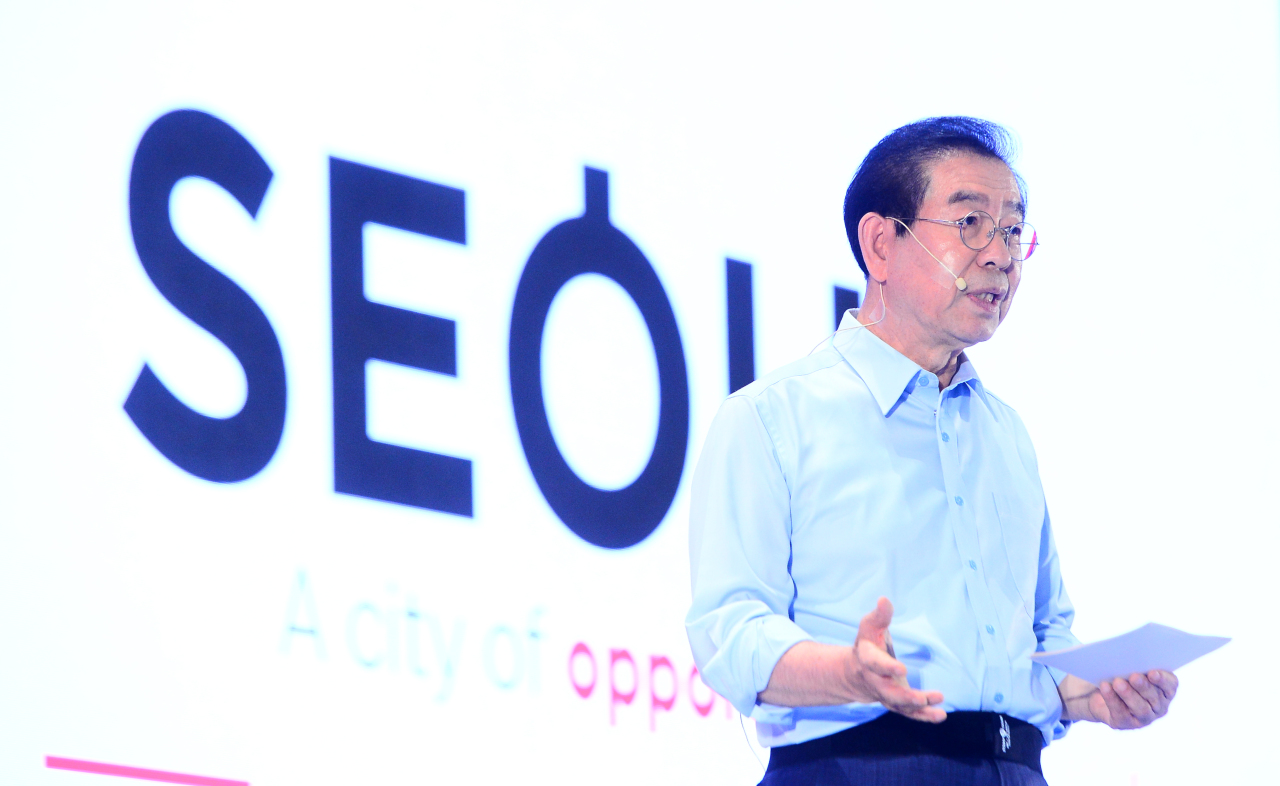 “As an investor, I see different investment capabilities in Korea and other countries. I think local investors tend to be very passive and they could get involved more with startups.”

The second difference is the global mindset. “While many people set up their companies after having experience in global companies, our founders usually have to learn by doing it from the scratch,” Park added.

Event organizers expressed their support for domestic and global startups and invited them to establish businesses here.

“The Seoul Municipal Government will provide opportunities for young people to begin their own startups. Seoul will become a global open platform startup city,” Mayor Park Won-soon declared at the opening ceremony.

He added that the city would offer support for research and development and prototype manufacturing in its efforts to become a test bed. The opportunities will be given regardless of nationality and the city, which has introduced a fast-track startup visa system, and is planning to provide affordable housing for foreigners.