KG Group has become the biggest shareholder of Dongbu Steel as its joint venture KG Steel took control over its newly issued 40 percent stake, according to a regulatory filing Sept. 2.

State-run Korea Development Bank, formerly the largest shareholder of Dongbu Steel, holds a 13.28 percent stake as a result of the new share issuance. Prior to the news, KDB owned a 39.17 percent stake. 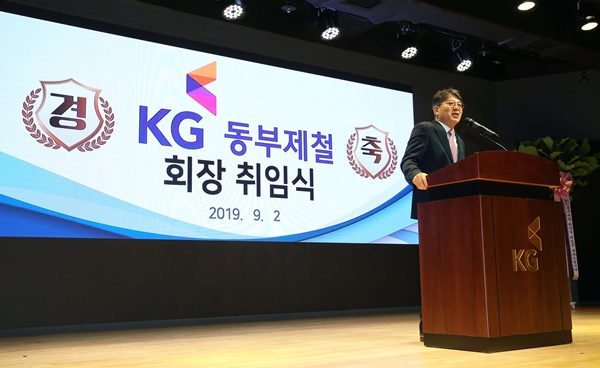 KG Group Chairman Kwak Jae-sun speaks at an inaugural ceremony as he was appointed chairman of KG Dongbu Steel on Sept. 2.

This came after the KG-led consortium, comprising KG and Cactus Private Equity, was picked as the preferred bidder for the Dongbu Steel acquisition in April. Dongbu decided in a June board meeting to raise capital through the issuance of new stock.