Investors have lost confidence and sold equities at record levels amid resurrected trade tensions between the world’s two largest economies, but US equities remain the most attractive investment option due to higher potential in earnings growth and strong buyback policies, an analyst from AllianceBernstein said Aug. 27.

“The US is probably the best spot in the developed markets simply because it has the highest exposure to domestic revenues and its exposure to China is only 5 percent, which is significantly better than Europe or Japan,” David Wong, a senior investment strategist and head of Asia business development for equities at AB Asset Management, said. 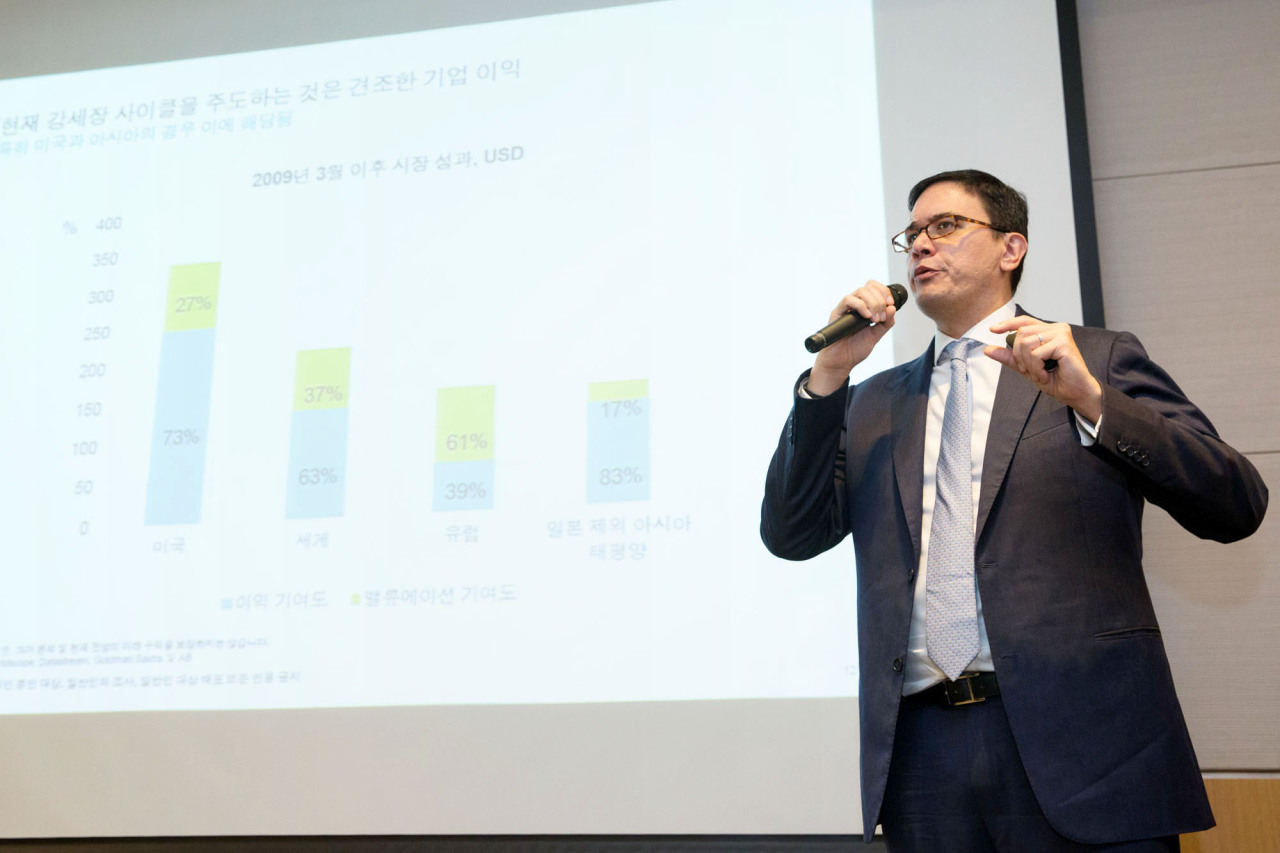 And strong buyback policies at US companies will buoy the US bourses. The total value of buybacks by US companies is expected to reach almost $940 trillion this year, up from $833 billion in 2018, according to Wong.

He added that recent actions taken by central banks, the US Federal Reserve in particular, offset an uncertain macroeconomic environment, adding that the recent rate cut by the US Fed was an “insurance rate cut,” similar to earlier moves by the Fed that resulted in stock market rallies in 1995 and 1998.

In July, the US Fed cut interest rates for the first time since 2008 to stave off an economic downturn. AB analysts expect three additional rate cuts by early next year.

However, Wong also warned that investors would not be satisfied with loose monetary policy per se, but would look for evidence that that monetary policy was having a positive effect on fundamentals.

Despite the 11-year equity bull market, Wong said the run is not over yet, citing the so-called top-of-market checklist of five indicators suggesting this year’s trends differ from those leading up to the 2000 tech bubble and the 2007 real estate bubble.

Unlike then, current conditions show no signals of strong equity inflows, no uptick in M&As, no flood of initial public offerings, and no shift toward cyclical stocks or widening credit spreads, according to the asset management company.

Of the Chinese domestic stock market, also known as the A-Share market, Wong said his company has long-term confidence in it because 90 percent of revenues from Chinese A-Share companies are domestic.

“If you look at emerging market earnings performance in the most recent second quarter, it was actually negative almost everywhere except for China and China was the only market where we saw that earnings or EPS growth was double-digit positive. That’s even better than the US, which was positive 4 percent,” Wong added.

“The only caveat is that it is a very short-term sentiment-driven retail market that is extremely volatile. And so we think that because of that volatility, most retail investors that are not prepared for that volatility should limit their exposure to prevent huge swings in the value of their portfolio.”