How can startups rise as driving force behind Korean economy?

Home to nine unicorns, South Korea is the world’s No. 5 in terms of the number of startups with valuation of over $1 billion. Also, the combined amount of direct investments in innovative startups by 500 Korean major enterprises reached 458 billion won ($379 million) in 2018, jumping nearly 30-fold in four years.

These figures demonstrate not only the size of growth in the Korean startup ecosystem, but also the growing possibility of tech-driven startups becoming the driving force behind the Korean economy, Lee Kyung-sook, chairman of Asan Nanum Foundation, said Aug. 20.

“Amid the sweeping wave of the ‘fourth industrial revolution,’ startups are the new drivers of the Korean economy,” Lee said during a speech in Seoul. “Entrepreneurs’ growth translates into the economy’s leap forward to the next phase.” 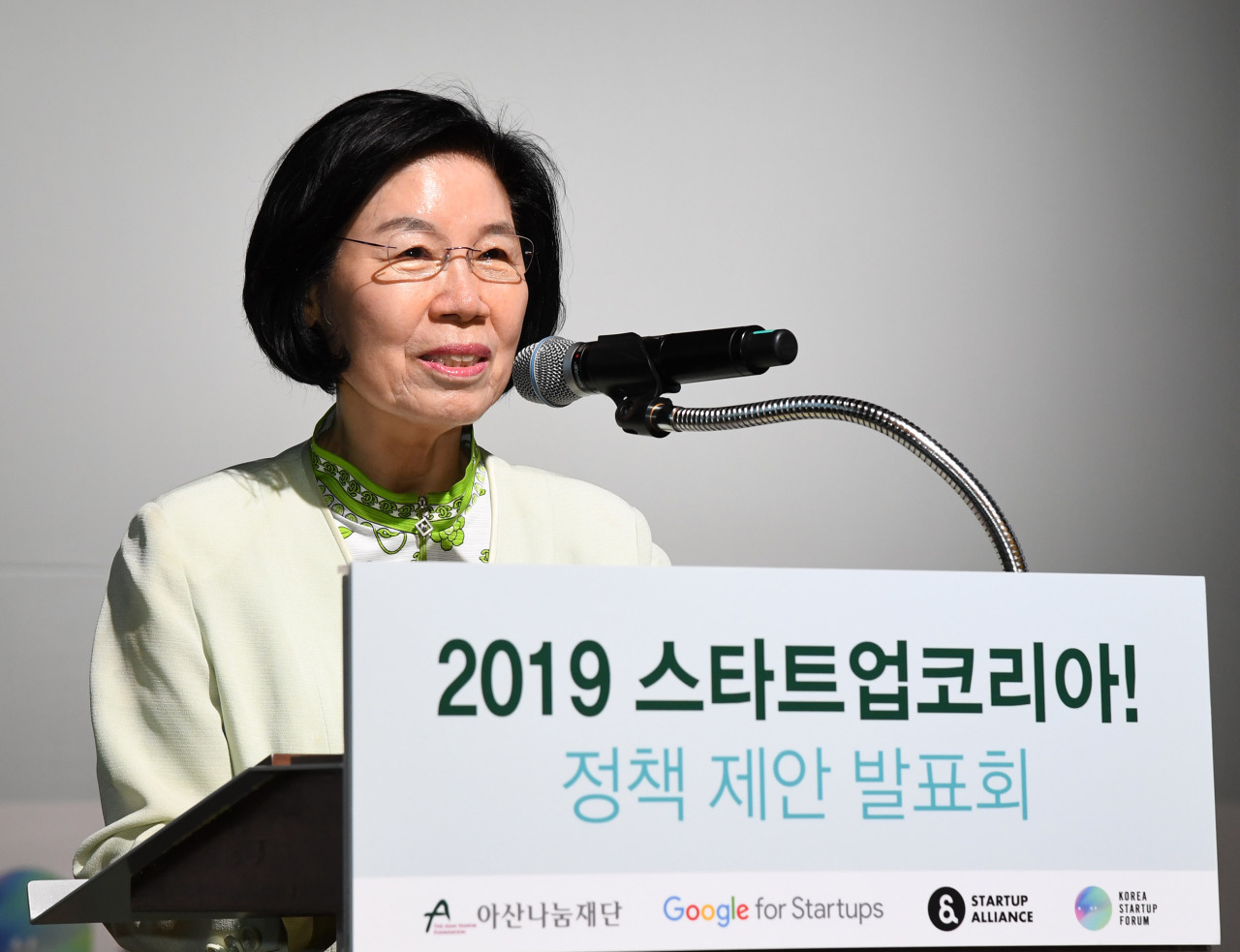 She was speaking at an event to present the third “Startup Korea!” report -- an annual open proposal that mainly revolves around red tape for tech entrepreneurs.

The key prerequisite for tech entrepreneur-led economic growth is to remove obstacles that hamper the sustainable growth of startups, the proposal said. These include obscurity in application of the law, lack of big data infrastructure, a tepid exit market for venture capitals and barriers in the startup jobs market.

The report was presented by Bain & Co. this year and co-authored by the Asan Nanum Foundation, Google Startup Campus, Startup Alliance and Korea Startup Forum.

In particular, Ahn called for a swifter and cheaper approval process by the Korea authorities for startups when interpreting and applying law to see whether a startup’s business is legally valid.

In a nation where positive regulations are normal and regulatory sandbox policies are at play, “existing laws can rather pose a bigger risk to startups, because the way the law is interpreted determines the fate of the startups,” Ahn said.

“The dilemma for Korean startups is that not all of them can bear the hefty cost of legal advice to ensure the legitimacy of their business,” Ahn said.

Moreover, to improve infrastructure for big data-driven business, the Korean government should enhance the quality of public data, while private sector data needs standardization, he said, adding none of the 100 largest artificial intelligence startups belong to Korea.