Hyundai Motor is poised to join a ride-hailing movement that is taking on a new shape since the government announced a series of measures emphasizing the need to obtain taxi licenses, industry sources said Aug. 20.

The top carmaker plans to team up with the Seoul Private Taxi Association and KST Mobility, the operator of Macaron Taxi, to launch an EV-based taxi platform with 3,000 EVs from Hyundai.

“We plan to start with 3,000 electric cars, but our ultimate goal is to make a platform for taxi drivers with 5,000 to 15,000 vehicles,” said an official with the Seoul Private Taxi Association. “But it’s a broad goal at this point and nothing has been determined yet,” he said. 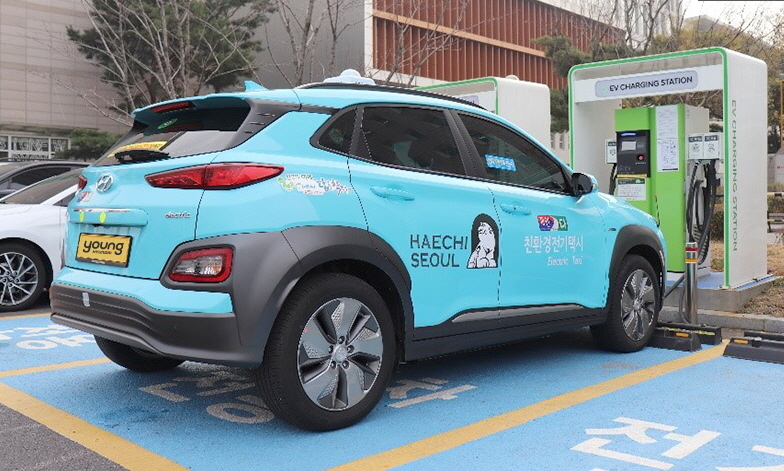 This is Hyundai’s second attempt to be actively involved in the domestic mobility industry, where IT companies such as Kakao compete with startups including Tada operator VCNC.

Like many other global car manufacturers, the company, which announced its goal of transforming itself into a smart mobility solutions provider, has invested in domestic and overseas mobility firms ranging from ride-sharing companies to e-scooter operators. But in its homegrown market, progress has been slow amid conflicts between the taxi industry and ride-hailing companies. In 2017, it invested in carpool startup Luxi in 2017 but withdrew due to red tape and opposition. Nevertheless, Hyundai and its affiliate Kia Motors have continued to expand their portfolio to include ride-sharing companies, which are increasingly threatening carmakers’ personal passenger car sales.

The company has been more active overseas in its EV cab initiatives. Hyundai and Kia invested $300 million in Indian cab-hailing company Ola Share in March this year. The Korean conglomerate and Ola agreed to work together to create new mobility solutions using EVs and to develop the necessary infrastructure. The car manufacturer also provides hybrid EV cabs to a Singapore taxi company and EV taxis to Grab, Southeast Asia’s major taxi-hailing platform. 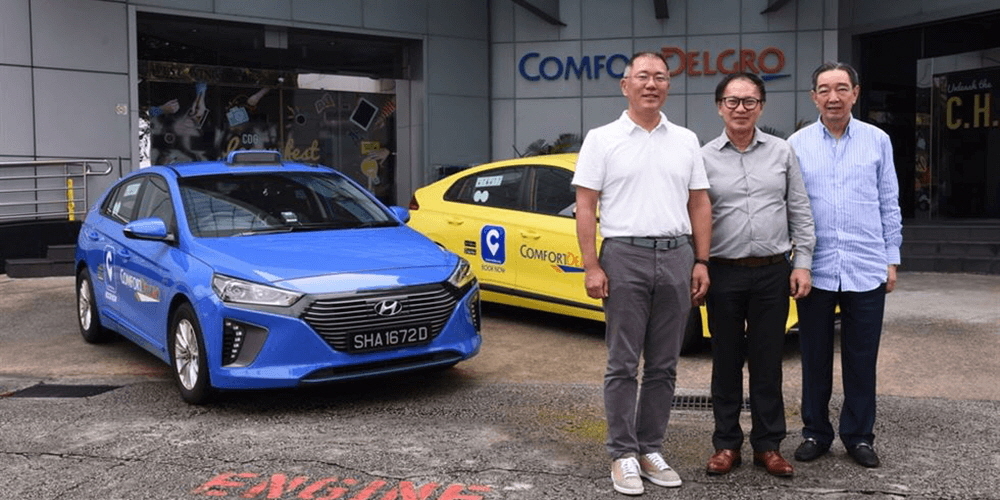 An industry source, speaking on condition of anonymity, said if Hyundai builds vehicles suitable for mobility services from the manufacturing stage, it can introduce differentiated services by combining the technologies of a carmaker and a mobility platform.

The Ministry of Transport announced a series of measures to reconcile the standoff between the mobility platforms and taxi companies that fiercely opposed Uber-like ride-sharing services. As a result, mobility platform operators are rushing to obtain taxi licenses to comply with the new requirements.

Meanwhile, Kakao Mobility is considering whether to buy a taxi company as a way to obtain taxi licenses. Earlier this month, it said it was acquiring a taxi company that has 90 taxis for about 70 million won ($57,650) per license. It is also planning to launch a new service with 11-seat vehicles that might be a direct challenge to Tada.

In addition to the taxi-hailing service that links customers and cabs on its platform, some industry watchers predict that Kakao Mobility will operate its own taxis as it explores various business models before the government follows up on the measures introduced in July and spells them out in more detail.

The government will form a working-level committee later this month, consisting of mobility and taxi companies and Transport Ministry representatives. The committee will decide on detailed regulations that will be of great interest to the taxi and mobility companies.