Incheon International Airport Corp. said on Aug.18 it has signed a memorandum of understanding with Indonesia’s state-run airport operator Angkasa Pura I for cooperation in overseas airport projects.

The signing ceremony, attended by IIAC CEO Koo Bon-hwan, President Director of AP I Faik Fahmi and some 20 officials from both companies, took place at Paradise City in Incheon on Aug. 14. 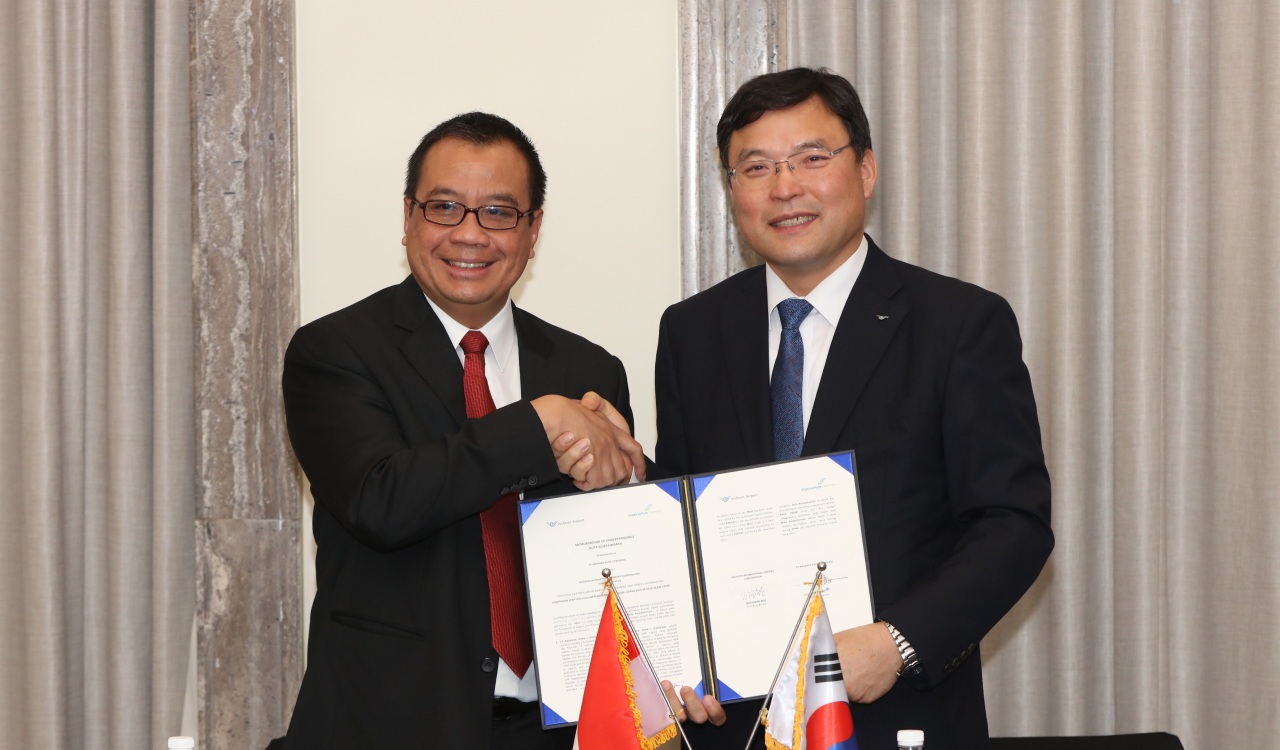 Under the memorandum, IIAC and AP I will upgrade relations to a strategic partnership to closely cooperate in overseas airport projects, including Indonesia’s airport development project, IIAC said.

AP I operates 14 airports in Indonesia’s central and eastern regions, including Bali Airport.

According to IIAC, Indonesia, dubbed the “blue ocean” of overseas airport projects, is one of the major target areas for IIAC’s overseas business.

Last year, the annual number of air travelers in the country reached 210 million, and Airports Council International predicts demand will grow at an annual rate of 10 percent, reaching 660 million people by 2040.

To gain insights into the local aviation industry, IIAC has been carrying out five developmental projects in Indonesia, including a consulting contract signed last year with AP I, worth 570 million won ($471,660), to share IIAC’s management know-how with executives and employees of airports under AP I.

The memorandum signed Wednesday stipulates that the two operators will jointly expand and develop airports in Indonesia to meet increasing demand for air travel.

In addition, the two will form a strategic partnership for other overseas projects, including joint ventures in developmental projects for airports in the Middle East.

IIAC CEO Koo Bon-hwan said it plans on reaching out not only to Indonesia, but also the Middle East, Asia and Eastern Europe, in hopes that overseas expansion will also boost South Korea’s economy by creating quality jobs.