Japanese cosmetics brand DHC found itself at the center of controversy in South Korea after its TV channel DHC Television featured offensive remarks on Koreans and history last week.

A domestic boycott campaign against the Japanese beauty company was launched following revelations that DHC’s subsidiary made insulting comments on Koreans. Local health and beauty stores, its main sales channel, were quick to join the movement in efforts to minimize the impact on their businesses.

Olive Young part of CJ Group ordered its 1,200 offline stores to move the display locations of DHC products to less visible places. Lalavla, operated by GS Retail, and LOHB’s by Lotte Group have also decided to stop selling DHC products. All three companies suspended sales of DHC products on their online shopping malls. Retailers such as Coupang also appears to have taken off DHC products from the list of its signature Rocket Delivery items. All DHC products on the website are “out of stock.” 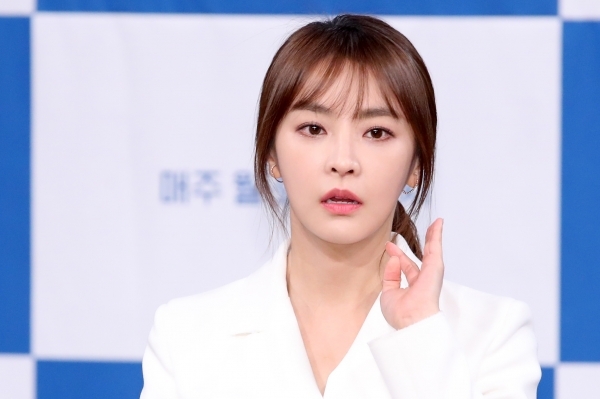 DHC Korea’s brand representative Jung Yu-mi is also keeping a distance from the company. Her agency said she requested the company to terminate her endorsement contract with DHC and asked the company to stop using her images.

On Aug. 13, DHC Korea issued a statement saying that it disagrees with remarks made by the DHC Television panelists. “We will ask (DHC Television) to stop broadcasting disparaging comments about Korea and Koreans,” Kim Moo-jeon, DHC Korea CEO, said in the statement.

DHC Television, a subsidiary of the beauty firm, on Aug. 10 aired a TV show in which panelits said Koreans are “hot-tempered” and the boycott campaign would not last long. They used a term “josenjing,” a derogatory term referring to Koreans and added that Japan helped in the distribution of Korean characters as Koreans themselves were unable to do so.

However, DHC Television continued to make provocative remarks on history and Koreans despite the growing controversy.

On Aug. 12, a Japanese politician appeared on the same TV show making various unconfirmed or distorted statements on history. On Aug. 13, yet another panelist called the boycott “childish.”

Seo Kyung-duk, a history professor at Sungshin Women’s University, said that DHC Chairman Yoshiaki Yoshida is a notorious far-right businessman who has a strong hatred against Koreans.

“Three years ago, the chairman was embroiled in a controversy when he said on the website of DHC that Korean people residing in Japan are fake Japanese and they should go back to Korea.”

Koreans residing in Japan are those who were unable to return home when the World War II ended and remained here. “Customers shouldn’t just get angry. We have to send them back to show what they did wrong,” Seo said.

DHC Korea, which was set up in 2002, has gained popularity with its hit cleaning oil products in Korea. The Korean unit logged sales of 9.9 billion won ($8.1 million) in 2017, up from 8 billion won in 2016, according to a regulatory filing.