Foreign investors remained net buyers of South Korean stocks for a second month in July while withdrawing funds from the bond market for the first time in five months, the country’s financial watchdog said on Aug. 12.

Overseas investors bought a net 2.05 trillion won ($1.69 billion) of the country’s shares in the month, data from the Financial Supervisory Service showed. Their holdings, totaling 543.3 trillion won at the end of July, represented 33.5 percent of the total market capitalization. 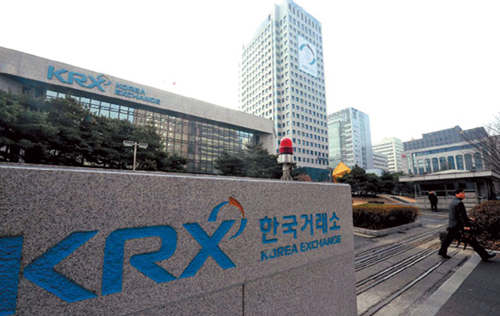 Investors from the US and the Cayman Islands reported a net purchase of 1.25 trillion won and 1.242 trillion won, respectively.

Despite Japan’s decision to remove South Korea from its export whitelist of countries that receive preferential trade treatment earlier in July, foreigners were net buyers of IT shares with a net purchase of 1.33 trillion won worth shares in Samsung Electronics and 660 billion in SK hynix.

Meanwhile, foreign investors sold a net 400 billion won worth of listed South Korean bonds in July, ending four straight months of net buying that was driven by the expectation that the Bank of Korea would cut the policy rate. On July 17, the central bank cut the benchmark rate by 0.25 percentage point for the first time since 2016.

Foreign investors hold 124.2 trillion won worth of South Korean bonds, taking up 6.9 percent of the value of all listed bonds.