During a press conference at Kolmar Korea’s headquarters in Seoul, Yoon said he deeply regretted his behavior and would take responsibility by resigning from the top post. 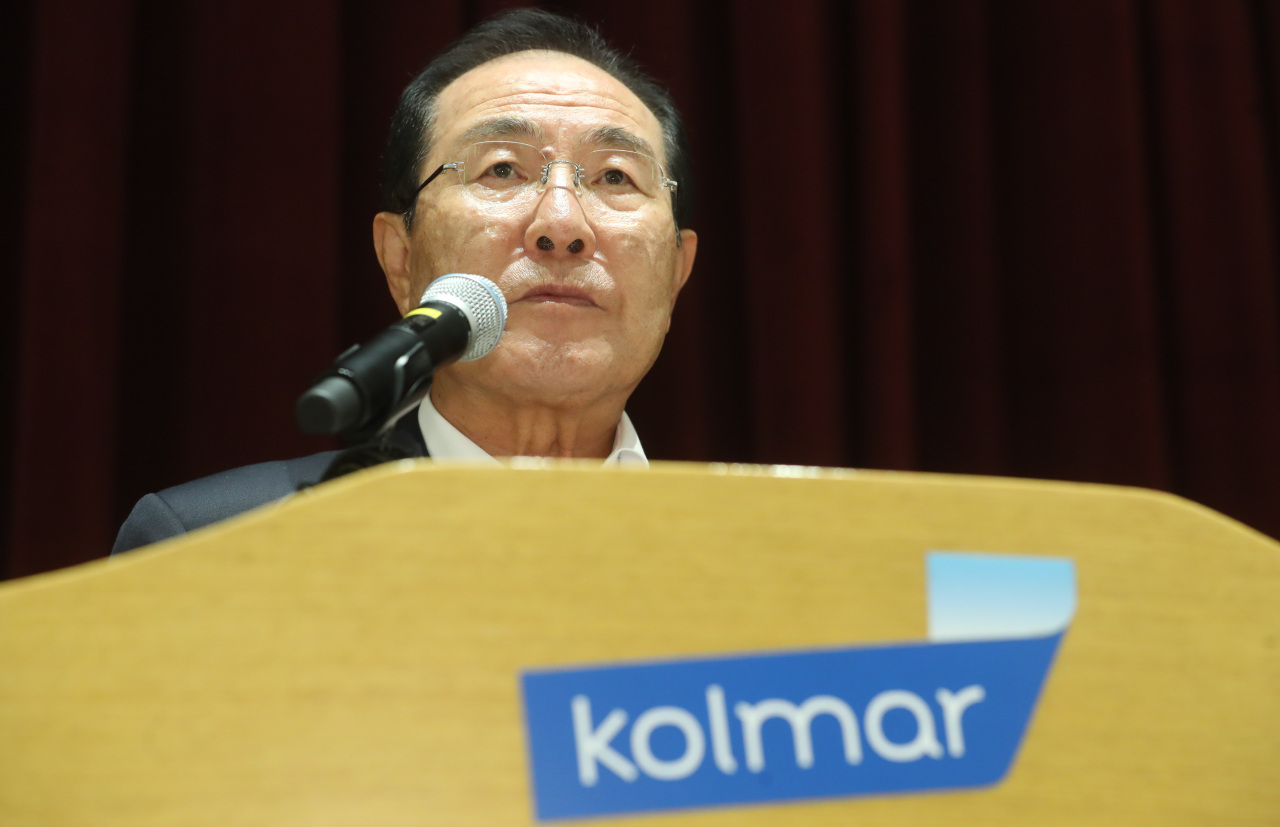 “I apologize to our clients for causing harm due to my wrong behavior, and also to customers who trusted Kolmar Korea products,” he said.

According to news reports, Yoon played a far-right YouTube video that criticized President Moon Jae-in in connection with Japan’s recent decision to remove South Korea from a list of trusted trade partners and praised Japan’s Prime Minister Shinzo Abe, in front of some 700 employees during a monthly meeting on Aug. 7.

A day later, anonymous posts surfaced online accusing Yoon of making offensive comments about the company’s factory workers. Yoon reportedly said he would never show such a video to factory workers because he “believe(d) in the intelligence of white-collar employees.”

Following such claims, the company released an apology and said the video was used to illustrate a bad example of reacting emotionally to Japan’s apparent economic retaliation over the Korean Supreme Court’s decision on wartime forced labor.

Despite the gesture, shares of Kospi-listed Kolmar Korea and its holding company, Kolmar Korea Holdings, hit a year-low last week. Kolmar Korea’s stock price closed at 47,750 won ($39.40) Friday, down 2,450 won or 4.88 percent from the previous day.

Kolmar Korea, founded in 1990 through a deal with Kolmar Japan, is currently a supplier to more than 500 cosmetics brands, including Amorepacific, Missha and Estee Lauder.

Last year the company acquired CJ HealthCare, the 10th-largest pharmaceutical company here, for approximately 1.3 trillion won as part of its midterm goal to become one of the country’s top five biotech companies by 2022.