He was speaking at an interagency meeting on state affairs. 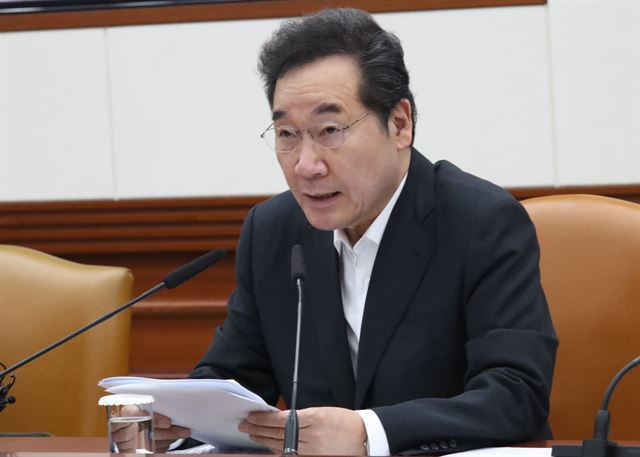 After a review of the export plan, the ministry reportedly concluded that the shipment posed no national security risk.

Two other materials crucial in chipmaking and digital screen production -- fluorinated polyimides and hydrogen fluoride -- are also subject to such case-by-case inspections for exports to South Korean firms under the measure, which Japan introduced on July 4, citing concern about the materials being transferred to a third country for military use.

The motive for Japan’s approval of the shipment remains unclear. Confronted with growing criticism from the international community for using trade as a tool for political gains, Japan may be seeking to give an impression that it‘s not banning trade with South Korea itself, observers said.

On Aug. 7, Japan promulgated its last week’s decision to remove South Korea from a list of trusted trading partners, a follow-up to its July 4 imposition of export curbs of high-tech materials. It did not impose additional export curbs against Seoul.


By Park Ga-young and newswires (gypark@heraldcorp.com)