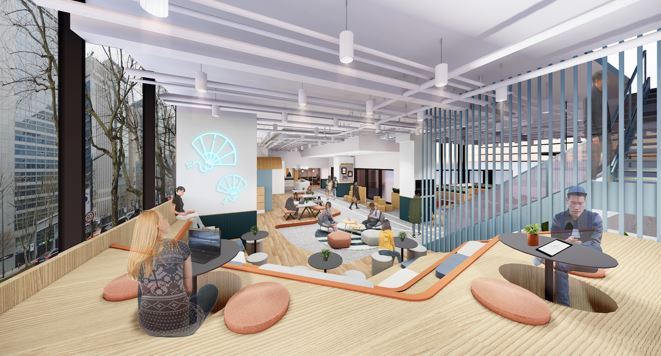 The 16-story building with 13,000 square-meter floor space, dubbed JustCo Tower, is the first location where it is leasing the whole building space to tenants.

The new coworking space features facilities and amenities such as a multipurpose rooftop lounge, private suites, hot-desking areas, an in-house cafe and event spaces. Some 60 percent of the space is preleased, according to JustCo.

The building was formerly known as Ryan Tower. Singapore-based multinational investors such as GIC and Frasers Property have equity stakes in the building.

“JustCo’s rapid expansion in Korea speaks volumes of the market potential in coworking space,” Kong Wan Sing, Founder and CEO of JustCo, said in a statement.