Kakao Ventures, a venture capital specialized in early-stage investments, has invested in Namezip, a networking platform for people who want to share their hobbies and their living rooms, the company said Aug. 6.

The venture capital and MYSC, a social impact investment firm, invested 300 million won ($24,800) in the seed funding of Namezip, a name meaning “someone else’s house” in Korean. 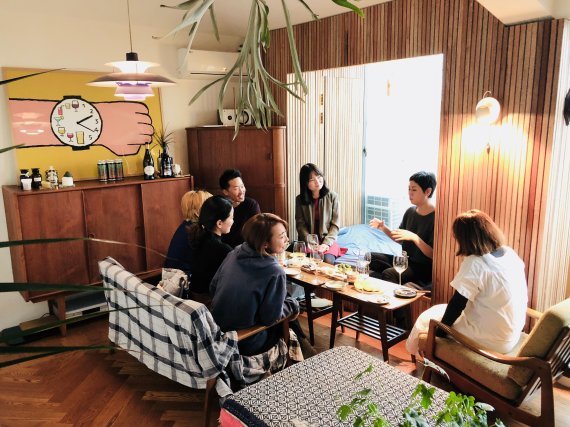 People who met through Namezip have a discussion.
Kakao Ventures

The startup was launched in April by Kim Sung-young and other co-founders who worked for Kakao and Kakao Mobility for five years starting in 2012. The startup has linked 150 hosts with guests and facilitated more than 300 meetings.

“Visiting the living room of someone you share common interests with could be as exciting as traveling,” Kim said. “With this investment, we will expand our service to cover more meetings and regions.”

“The team knows the depth and value of content that can be created at a very private place,” Hong Nam-ho, who led the deal on behalf of Kakao Ventures, said.