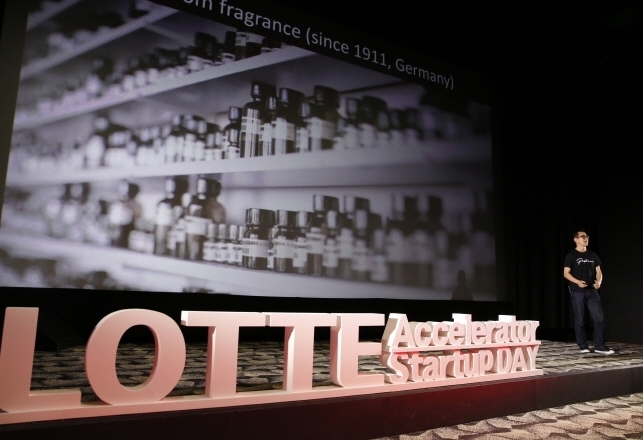 Moreover, Lotte plans to lead an investment association with the state-run Korea Development Bank and inject an additional 30 billion won with other Lotte affiliates. This funding association will be the biggest one so far. In June last year, the company formed two funds, worth 27. 2 billion and 2.1 billion won, for the startup accelerator arm.

The company plans to make more direct investments in supporting startups in various business sectors with this money.

Established in 2016, Lotte Accelerator’s L-Camp program has been offering seed funding of 20 to 50 million won, along with mentorship and office space, to local startups. The company has so far supported over 100 startups here.

The unit started with initial funding of 15 billion won. At the time, group Chairman Shin Dong-bin himself invested 5 billion won, acquiring a 33.33 percent stake in the company.

Currently, both Shin and Hotel Lotte are the biggest shareholders of the startup accelerator unit, owning a 19.99 percent stake each.