South Korean micromobility startup MaaS Asia announced on Aug. 5 that it has merged with Alpaca, a micromobility market competitor, to expand its market presence among college students.

Details on MaaS Asia’s cost for the merger with Alpaca remain under wraps, MaaS Asia said. 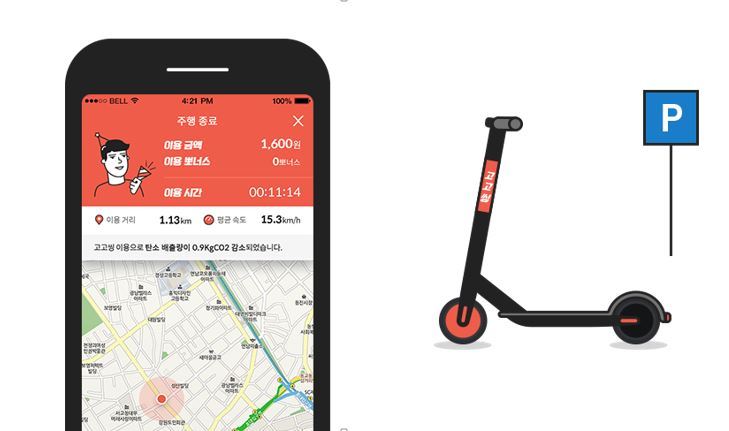 “The whole Alpaca staff now belongs to MaaS Asia,” a MaaS Asia representative told The Investor. “Both teams will pursue a common goal backed by effort of MaaS Asia’s development and operation team.”

The news is expected to help MaaS reach out to potential customers on campuses, as Alpaca’s ride-sharing service, created by alumni of the Korea Advanced Institute of Science and Technology, was mainly designed for college students as a means of on-campus transportation. Alpaca’s service has been suspended since June this year.

MaaS Asia is one of the emerging players in personal mobility market in Korea that is effectively at its nascent stage. Since the launch of Gogossing in April, it has operated in Seoul’s affluent Gangnam area with some 600 shared e-kickboards.

Gogossing will also premier in Dongtan, Gyeonggi Province, from next month in a regulatory sandbox setting, which temporarily allows e-kickboards to run on bike-only roads for a year.

Under the Road Traffic Act in Korea, e-kickboards are not a legally recognized means of transportation. E-kickboards are considered motorcycles in Korea, so using them on pedestrian walkways or bike roads is effectively banned. At the same time, it is also illegal if a user rides an e-kickboard on a vehicle road without a helmet or driver’s license.

Gogossing is one of a few e-kickboard sharing platforms run by a Korean startup, alongside Kickgoing by Olulo and SsingSsing by Pump. MaaS Asia also operates Korea’s first bike sharing platform, launched in November 2017.