The different business strategies chosen by South Korea’s top two cosmetics companies -- LG Household and Health Care and Amorepacific -- are being reflected in their bottom lines.

LG Household and Health Care said its second-quarter sales rose 10.9 percent to 1.83 trillion won ($1.5 million), while its operating profit climbed 12.8 percent to 301 billion won. For the first half, the company’s sales and operating profit hit a half-year record high.

These results were backed by strong growth in cosmetics. 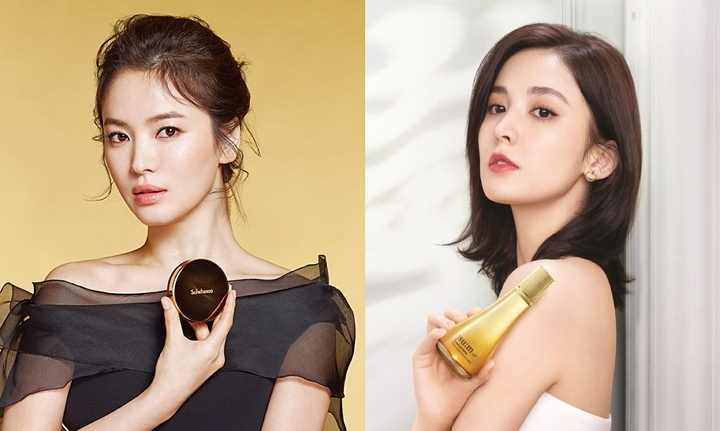 On the other hand, competitor Amorepacific saw sales inch up only 1 percent from a year ago, while its operating profit plunged 35.2 percent. In the first half of the year, its sales and operating profit respectively declined 0.2 percent and 29.7 percent, marking two consecutive years of negative growth.

Demand from the Chinese luxury cosmetics sector helped prop up LG H&H, which depended on China for 17 percent of its total revenue. Sales of these products jumped 30 percent during the second quarter. Although that figure fell far short of the level seen in the previous quarter -- 60 percent growth year-on-year -- analysts say LG H&H will continue to expand on the back of the Chinese luxury cosmetics market.

LG Group has recently been streamlining its operations in China, closing down its road shop brand The Face Shop while pushing its higher-end brands such as Whoo, Su:m and Ohui.

Amorepacific’s luxury brands Sulwhasoo and Hera continue to enjoy the affection of Chinese customers. Their year-on-year sales in the second quarter expanded more than 30 percent and 80 percent, respectively, backed by heavy spending on marketing and a strategic focus on online channels.

But the main difference between LG H&H and Amorepacific is that the latter still bets on mass brands that are quickly losing money.

Innisfree, which has 500 stores in China, posted single-digit negative growth year-on-year in China. But the company plans to roll out new stores in third- and fourth-tier cities while closing underperforming stores in first- and second-tier cities such as Beijing and Shanghai.

Market watchers called for a revamp of AmorePacific’s strategy.

“With its competitors displaying high sales growth in China, fears toward Amorepacific’s brand power are mounting as its sales growth is relatively low versus its expenditure,” said NH Investment and Securities Analyst Mi-jin Cho.

“Rather than concentrating on marketing promotions aimed at boosting sales over the short term, we believe that Amorepacific needs to make fundamental overhauls of its brands and product lineups that are suitable for new distribution channels,” Cho added.