South Korean display maker LG Display said on July 23 that it posted an operating loss of 368.7 billion won ($312.7 million) in the April-July period, marking two consecutive quarters in the red.

It logged 5.35 trillion won in sales, down 5 percent on-year, in the same quarter. 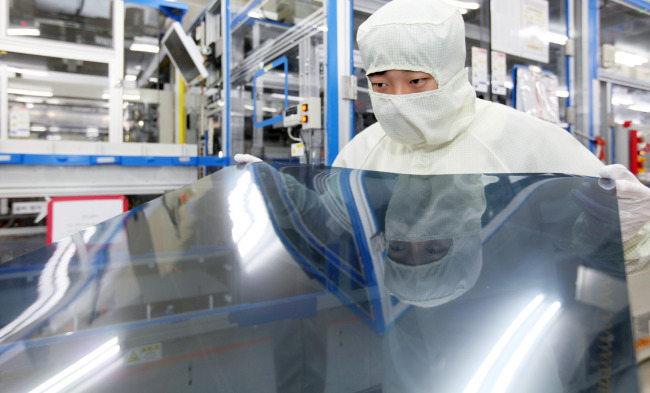 The company said the trade feud between the US and China, which led to the decline in display exports to Chinese customers, and one-time costs for developing mobile OLED displays were some of the main reasons for the disappointing results.

“The Guangzhou OLED complex, which will start rolling out panels from the third quarter, will double the firm’s production capacity and make the large-size OLED business more profitable,” said Seo Dong-hee, chief financial officer at the Korean display manufacturer.

“The manufacturing line for plastic OLED in Paju for mobile phones will soon start operating while factories in other locations, including Gumi, will supply OLED products to multiple partners,” he added.

The display firm is forecast to provide OLED panels for US tech giant Apple’s next-generation iPhones. Its crosstown rival Samsung Display is currently the sole OLED panel supplier for the iPhones.

The subsidiary of LG Group also announced on the same day that it will invest 3 trillion won to build additional manufacturing lines for the so-called 10.5-generation OLED panels, which can be utilized to roll out super-sized TV displays, rollable screens and transparent displays.