The Seoul Central District Court will review the request on July 19. Prosecutors had requested arrest warrants in May, but the court had rejected it. 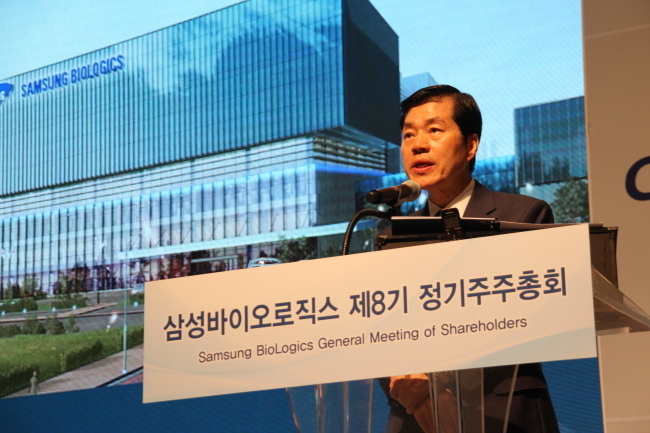 Prosecutors accuse Kim and the two executives of masterminding accounting fraud in 2015 before the drug company’s initial public offering on the Kospi in November 2016.

The Samsung BioLogics top executives are suspected of playing crucial roles in inflating the value of the drug company by changing the ownership status of Samsung Bioepis from a subsidiary to an affiliate. IFRS accounting rules state that a stake in an affiliate should be evaluated by fair market value, not book value.

With the accounting method, Bioepis’ value surged from some 300 billion won ($254 million) to 4.8 trillion won, which allowed the then money-losing BioLogics to become a company with net profit of 1.9 trillion won.

Prosecutors also claim the alleged fraudulent accounting was linked to the transition of management control at Samsung Group from bedridden Chairman Lee Kun-hee to his son, Vice Chairman Lee Jae-yong.

The valuation method is believed to have enhanced the value of textile firm Cheil Industries’ stake in the drug manufacturer. The Samsung vice chairman was the largest shareholder of Cheil Industries, which merged with construction firm Samsung C&T on Sept. 1, 2015.

Kim is accused of receiving a bonus, worth 1 billion won, without due process after the IPO was completed.

It is expected that prosecutors will try to further investigate whether the case involving the Samsung BioLogics CEO is connected to power succession at Samsung Group.