Visa, a global payment technology company, has joined the latest funding round of Gojek, an Indonesia-based ride-hailing and payment services platform, the company said on July 17.

Visa invested an undisclosed amount in the rapidly growing startup that has a presence in five countries in Southeast Asia. The two companies said they will work together to provide greater options for cashless payments and more seamless experiences for consumers across Indonesia and Southeast Asia. 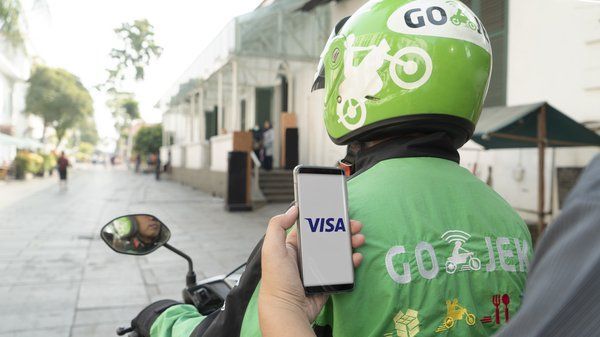 Visa Regional President Asia-Pacific Chris Clark noted that the two companies share common objectives to improve mobility and payment as well as bring formal financial services to the unbanked and underserved. “Through this partnership, we will explore ways to leverage the power of Gojek and Visa’s networks to expand financial access in Southeast Asia,” Clark said.

“Visa’s investment is an endorsement of our business model and reflects their belief in our ability to improve the lives of people across the region through our services and payments ecosystem,” Gojek President Andre Soelistyo said in a statement.

Gojek had raised more than $1 billion in January in the first close of the Series F funding round, with participation from global companies including Google, China’s tech giant Tencent, e-commerce platform JD.com and Japan’s Mitsubishi.

Gojek competes with Singapore-based ride-hailing platform Grab. The company has raised more than $4.5 billion in its ongoing Series H round, including $1.46-billion from Japan’s SoftBank Vision Fund.