LG Electronics on July 16 launched a home brew machine that makes fresh beer out of capsules with minimum hassle to appeal to a rising number of craft beer lovers.

Brewing beer has been considered a hobby with a high barrier to entry because brewers should keep a close eye throughout the process, ranging from boiling, mixing, cooling and carbonating. The beer then needs to be stored at the right temperature to ferment for several weeks depending on the type of the malt. 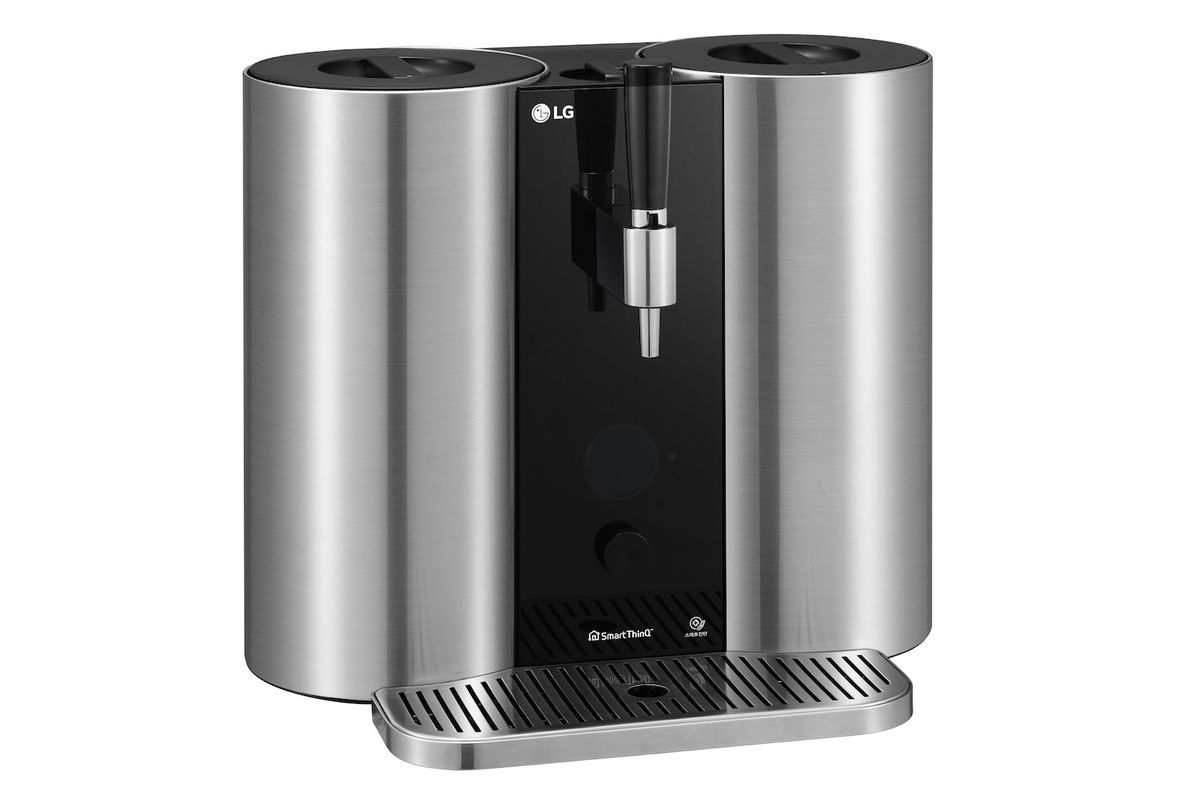 LG HomeBrew, first unveiled at the Consumer Electronics Show in January, is now coming to the South Korean market at a price tag of 4 million won ($3,389), including a three-year care solution for cleaning and regular filter changes. A rental service is also available, and the price varies depending on the payment options.

About the size of a large espresso machine, the pricey gadget makes beer out of capsules containing malt, yeast, hop oil and flavors. Its algorithm controls temperature and pressure to maintain a stable quality of beer, and the machine cleans itself after dispensing.

It takes about two to three weeks to make five liters of beer, and users can monitor the beer’s status via a smartphone app.

The Korean firm said it will push for launching the beer machine in the global market next year based on feedback from the domestic market.