From Trium to LiBEST, promising Korean startups shine at RISE

HONG KONG -- On the last day of RISE, a dozen early-stage South Korean startups displayed their latest technologies, trying to grab the attention of global investors or early adopters.

The majority of them are companies trying to improve people’s daily lives with high-end technology, including startups like AITRICS, an AI-solution provider that’s raising a series A funding. GDFLab, founded in March 2018, showcased artificial intelligence-based video quality enhancement technology which increases both the resolution and quality up to 4x the size and to 4K UHD. 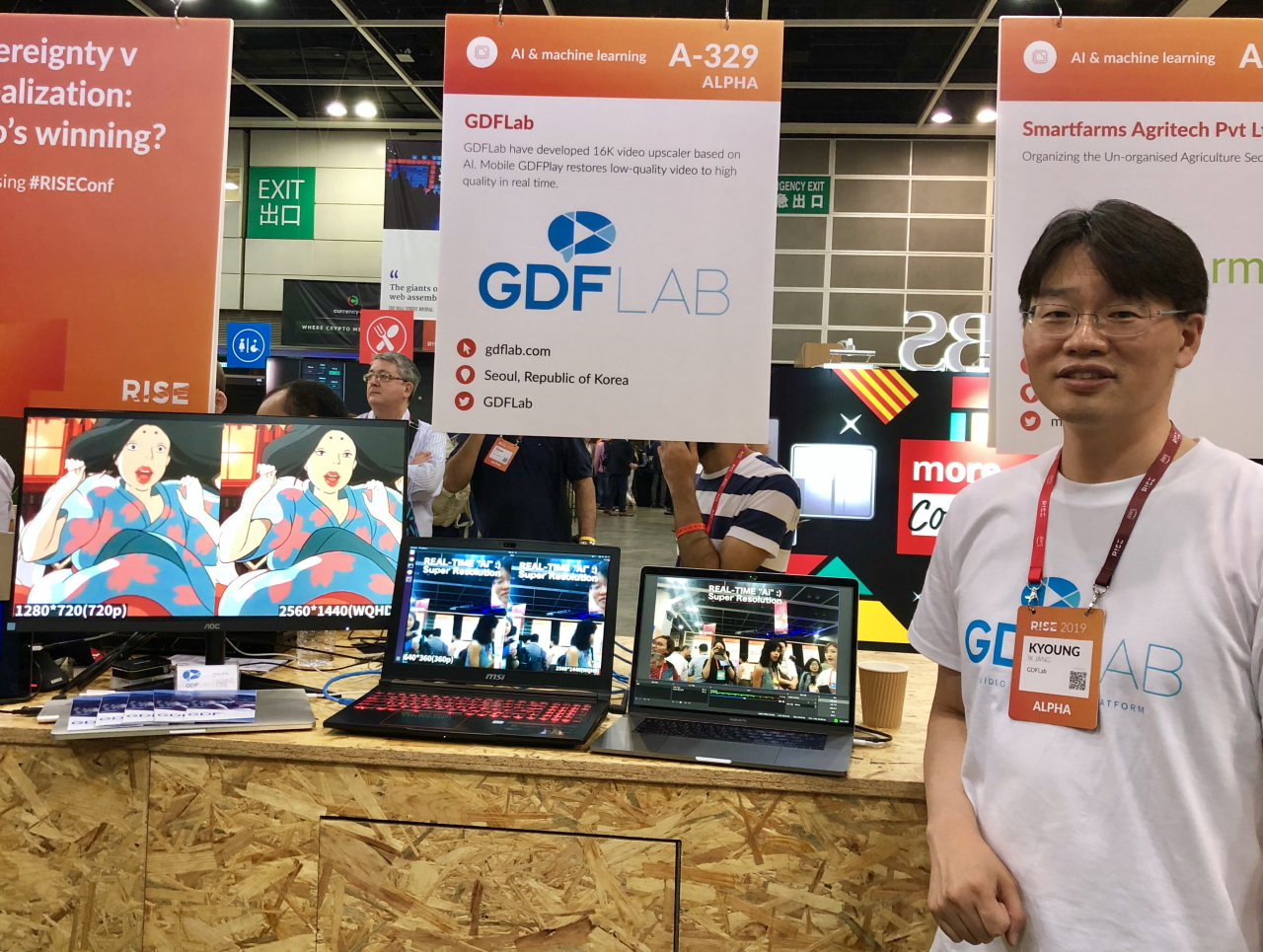 “Our AI-based real-time video quality enhancement quality would allow video streaming much smoother and faster,” said Kang Kyoung-ik, founder and CEO of GDFLab said. “Our technology can save a lot of network time and costs and can be used for surveillance cameras or video streaming services such as Netflix.”

Kang worked as a tech engineer at Citibank Korea for 10 years before switching careers after watching the iconic match between Korean Go player Lee Se-dol and Google DeepMind.

Personalized skin care solution provider Trium said it is expected to revolutionize the cosmetics industry with its all-in-one patch.

“People are wasting a lot of money on cosmetics that may or may not suit their skin,” Moon Jae-heon, CEO and co-founder of Trium told The Investor on July 11 at RISE. “That is because consumers are relying on ads or word-of-mouth to make decisions.” 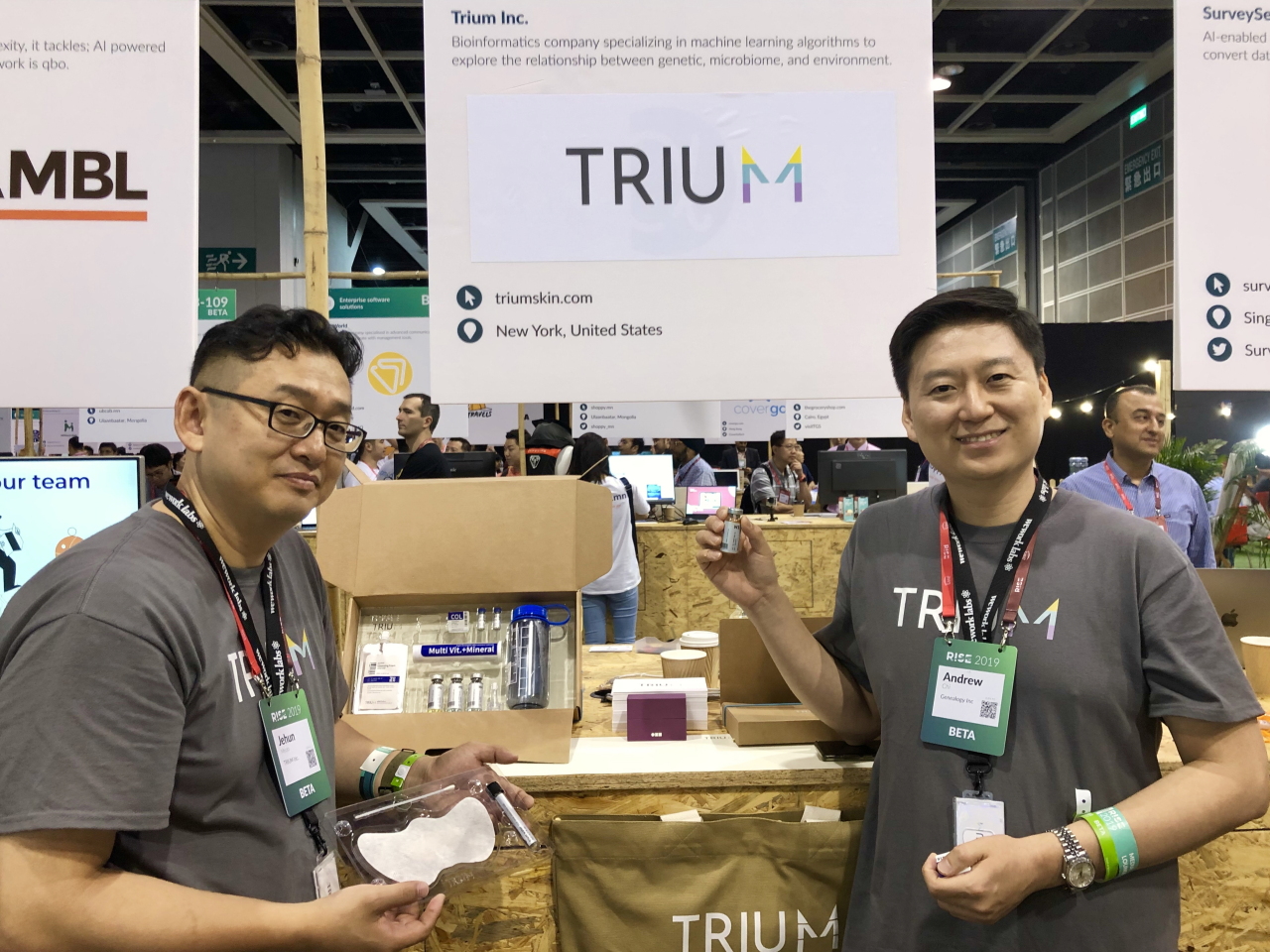 Moon has operated in a cosmetics research lab for eight years in Korea, while his co-founder Andrew Chi runs an AI-based genetics company called Genealogy.

Trium vows to provide a personalized skin solution based on a simple patch that can analyze personal data to provide cosmetic solutions every month. “As DNA analysis is now becoming more common, there are a lot of companies that provide cosmetics based on that. But DNA analysis is not enough because your skin is influenced by your lifestyle and your surroundings,” said Chi. “That’s why we provide a solution that takes such factors into consideration.”

Registered in the US, the startup will focus on business-to-business deals in Asia as it kicks off its business in earnest having signed three deals signed with two Korean and one Chinese cosmetic companies.

The two Korean men behind the company added that cosmetics giants like Amorepacific and Shiseido may face big challenges in the future. “Just like Nokia and Motorola, major cosmetics companies are likely to face challenges from companies like us,” Moon said. 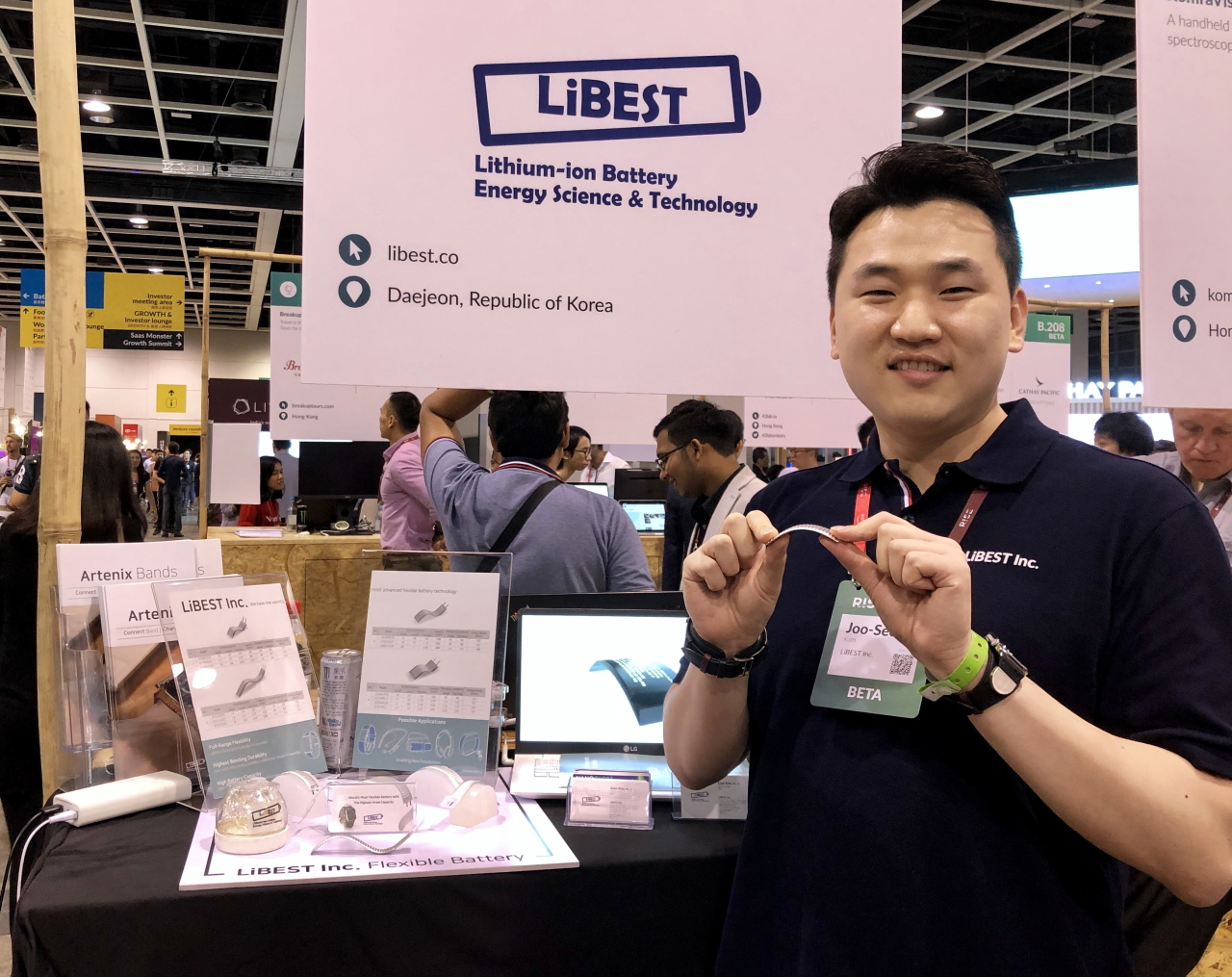 “We decided to focus on waistbands first because that is one of the most difficult parts,” said LiBEST founder and CEO Kim Joo-seong. Kim is a scientist who has researched mass production of flexible battery since 2012.

“Korea’s big battery makers are focusing on the electric vehicle market but actually, the wearables market is expected to grow to $1 billion by 2022,” Kim said, citing 2017 figures from Markets and Markets.