“JB Financial will seek opportunities for more M&As of nonfinancial companies, as well as multifaceted ways to enhance our overseas business,” Kim said at a press conference in Seoul, without elaborating the details. 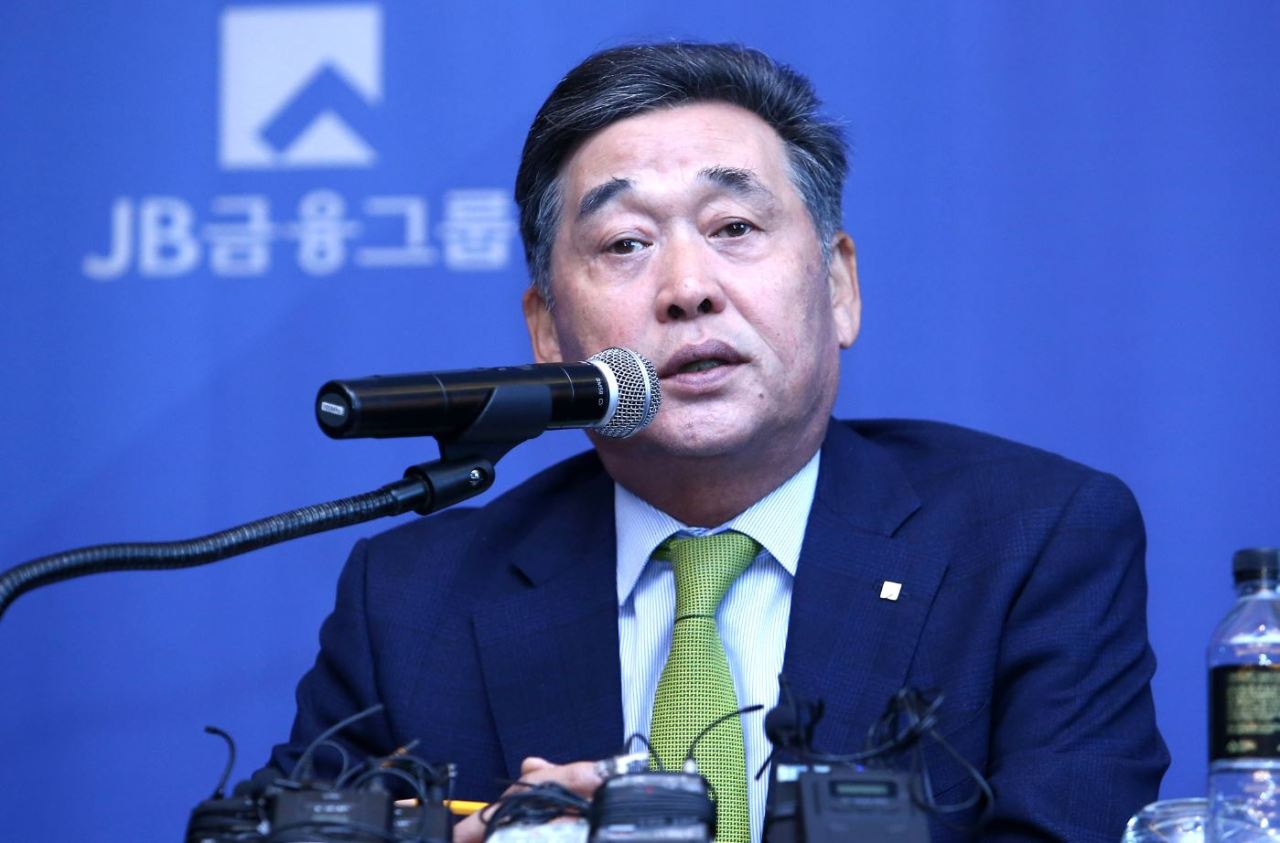 In his second press event representing JB Financial’s holding firm, Kim said he would focus on Cambodia, Myanmar and Vietnam for overseas expansion, and M&As could be one of the ways to do so.

“Southeast Asian nations are growing fast, while their banking infrastructure is growing,” he said. “Korea’s banking industry has matured, so we should turn to overseas markets spearheaded by consumer finance services.”

“We have seen a decent performance and a well-established network in Southeast Asian countries so far.” he said. “Once we find the right time, we will definitely carry on M&As in Cambodia. Also with an office in Vietnam, we are waiting for chances to strengthen our lending business.”

As for the introduction of its mobile payment service UB Pay in overseas markets, Kim said it is premature to discuss the matter given the risks and uncertainties in cost efficiency.

The prerequisite for these would be the normalization of its common equity tier 1 ratio, a measure of financial strength. As of the first quarter this year, JB’s CET1 ratio came to 9.3 percent, 0.2 percentage point lower than the minimum regulatory guideline set by the domestic financial authorities.

Kim said JB is expected to see an improvement in its CET1 no later than end-2019.

Kim took office in March as a chairman of JB Financial. He was formerly head of JB Asset Management