South Korean real estate platform operator Zigbang, considered as one of the next unicorns valued at over $1 billion, announced on July 9 that it has newly raised 160 billion won ($135.6 million) in funding, and taken over proptech startup Sugarhill.

With the new acquisition, Zigbang now has three startups under its wings, including real estate data firm Hogaeng NoNo and shared-housing company Woozoo. 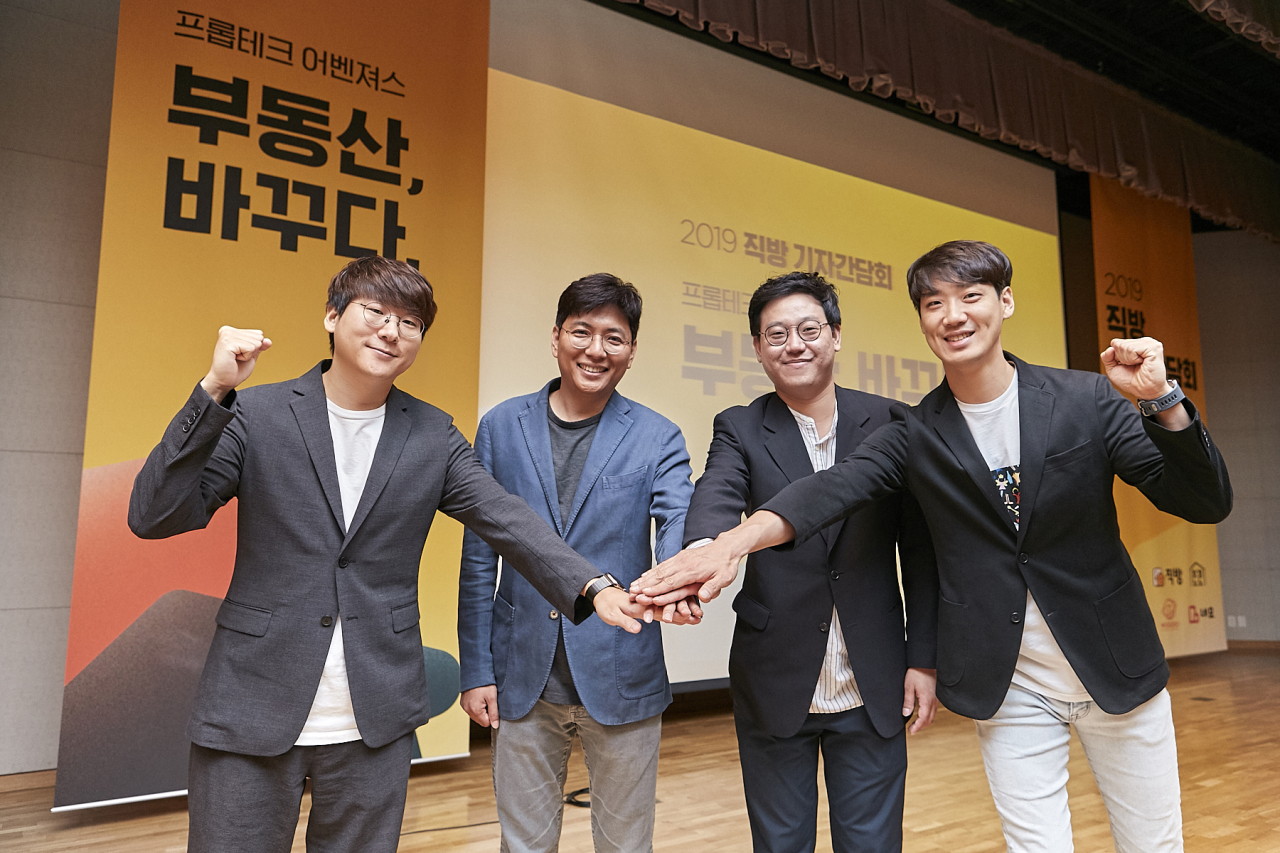 The Korean proptech startup, which has mainly focused on offering price data of studio apartments or small rental houses, will likely be able to expand its operations in the commercial property sector as SugarHill operates the commercial office platform Nemo, which provides office and building information for private businesses and investors.

The latest move is thought to be linked to its rumored listing plans, and Zigbang CEO Ahn did not completely deny it.

“Nothing has been decided yet, but we will go public when we think we have achieved our goal of making significant changes in the existing property market,” Ahn said in a press conference held in Seoul.

He added that diversifying its current businesses and changing the traditional real estate landscape is the first priority for now.

To do that, Zigbang and the other three startups will try to increase their combined monthly active users from the current five million to 12 million by 2022 when Zigbang marks its 10th anniversary. Along the way, the company will also try to look out for other new members to grow.

“Completion of the process to raise funds and take over Sugahill is not the end, but a new beginning,” said the Zigbang CEO, likening the startups to “Avengers,” in the local real estate market.

“Each of the four startups, like the superheroes in the ‘Avengers’ films, will try to innovate the existing real estate industry with their respective specialties,” he added.

The CEO said the companies will work together to roll out services based on real estate big data, targeting home buyers, property investors and business owners.

“In recent years, the real estate segment has seen little change compared to other areas, such as food or garment industries,” said Ahn. “It means there is still a plenty of room for innovation.”

Among the latest global and local investors in Zigbang are Goldman Sachs, Altos Ventures, Stonebridge Capital, DS Asset management and Yuanta Investment. The investments are the largest in the local real estate startup sector. The company raised its first funds worth 1 billion won in 2013. In December 2015, Goldman Sachs invested 38 billion won in the Korean proptech startup.

The firm took over Hohaeng NoNo in April 2018 and Woozoo in April 2019. Since January this year, it started running a real estate platform of webportal Daum, owned by mobile messenger giant Kakao.