Coworking space giant WeWork said on July 4 that it has opened a fintech lab in collaboration with Seoul Metropolitan Government.

The fintech center will be the second of its kind after Seoul Fintech Lab that launched in April last year to support startups in the sector in Seoul. 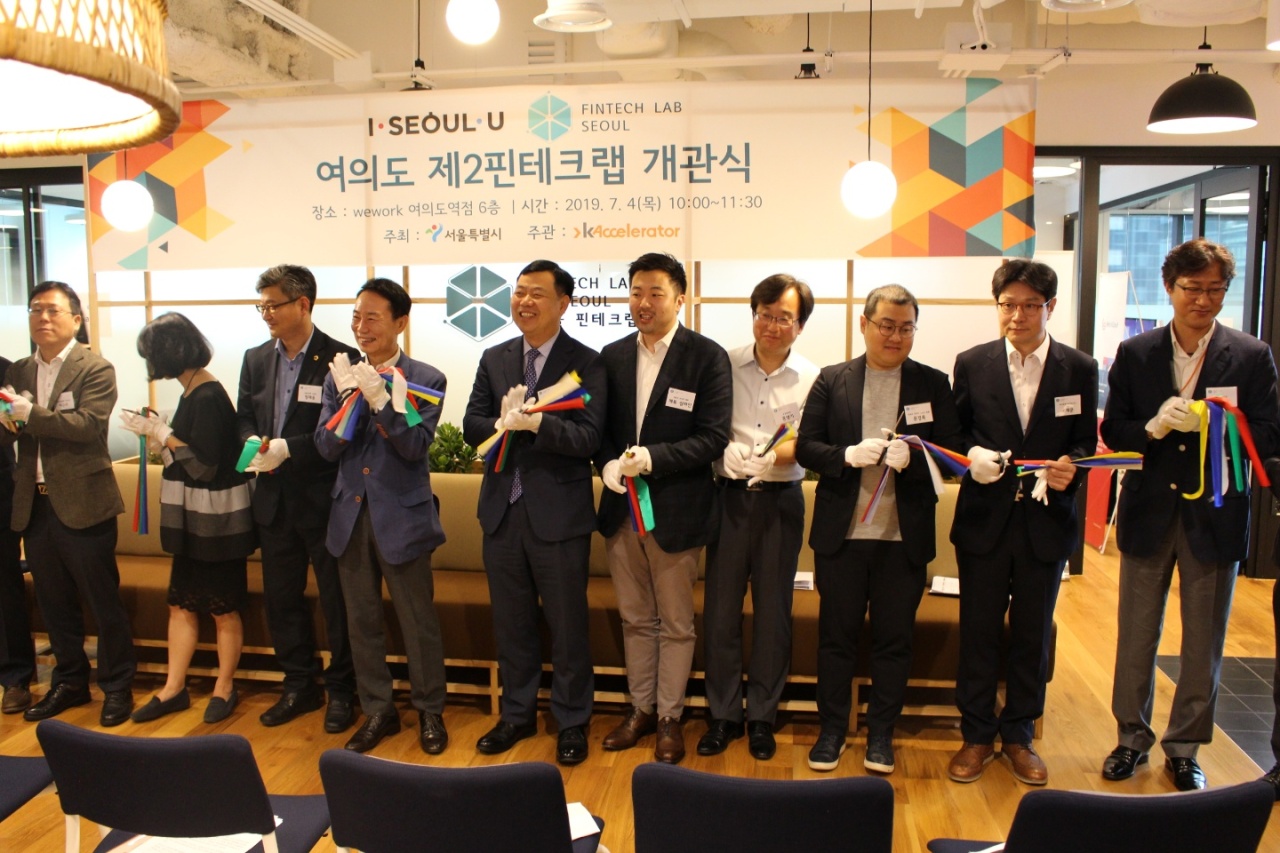 The second fintech lab, which will occupy one of the six floors at WeWork Yeouido Station, will house a total of 14 startups from the United States, Hong Kong, and Singapore. Later this year, the coworking firm and the city government will prepare three extra floors for fintech startups at the same location.

The 14 selected companies will be given workspace at the Yeouido Station office for up to two years, and will be able to utilize various startup support programs run by WeWork locations around the world and by the city. The startups will also be provided with global startup support services provided by K-Accelerator, the local operator of Seoul Fintech Lab.

As of the first quarter this year, WeWork has more than 485 locations in 105 cities around the world and has created a global community of over 466,000 members.

While the first fintech lab, which is located in Mapo, mainly targets early-stage startups, the second lab will focus on supporting fintech startups that have already entered the growth stage.

Among the fintech firms moving into the new fintech lab are an AI-based asset management company, a startup addressing information imbalance through insurance data analysis, a blockchain service development solutions company and a startup that analyzes companies’ nonfinancial risks through big data.

“The second fintech lab will become the center of fintech in Asia by providing customized support for each member company utilizing Yeouido’s advantageous location and the strengths of WeWork’s global platform,” said Cho In-dong, deputy mayor for economic development at Seoul Metropolitan Government.

“We will attract competitive overseas companies to Seoul and operate the second fintech lab as a key anchor for the industry, helping our promising local startups advance abroad,” he added.