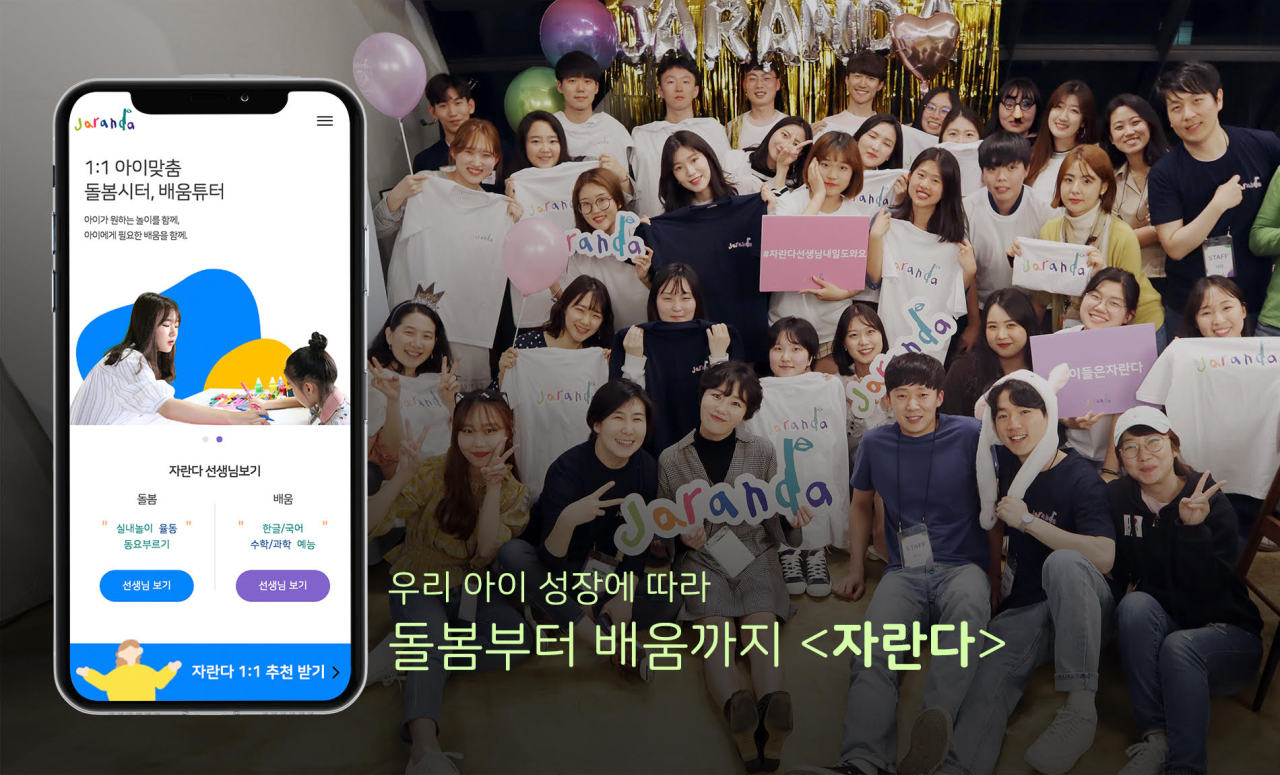 In August 2018, the startup bagged 900 million won in funding from Kakao Ventures and 500 Startups. It also received seed funding from Korean accelerator Sopoong in March 2017 as one of its third batch of participants.

Founded in June 2016, Jaranda has run a platform targeting dual-income households since October 2017. As of end-May, it has some 16,000 after-school instructors, dubbed “Jaranda Planners,” to look after kids between 4 to 13 years old before their parents return home.

Jaranda uses data analysis to maintain the quality of instructors. Some 77 percent of its customers have used the service for at least three straight months.