South Korea’s tech giants including Samsung Electronics and SK hynix are increasingly on edge over the ongoing economic brinkmanship between the United States and China, in light of a reported warning from Beijing not to cooperate with the Trump administration’s China ban, according to industry sources on June 9.

“We will need to step up monitoring on the issue,” said an official from one of the major companies based in Seoul. “Companies here will watch the situation closely, hoping to hear from the Korean government.”

The comment was made after the New York Times reported that the Chinese government had summoned representatives of global tech companies, including Samsung and SK hynix, from Korea to Beijing and warned of “dire consequences” if they cooperated with the Trump administration’s ban on Chinese firms. The meeting also included representatives of Microsoft and Dell from the US and Arm from the United Kingdom, the newspaper reported. 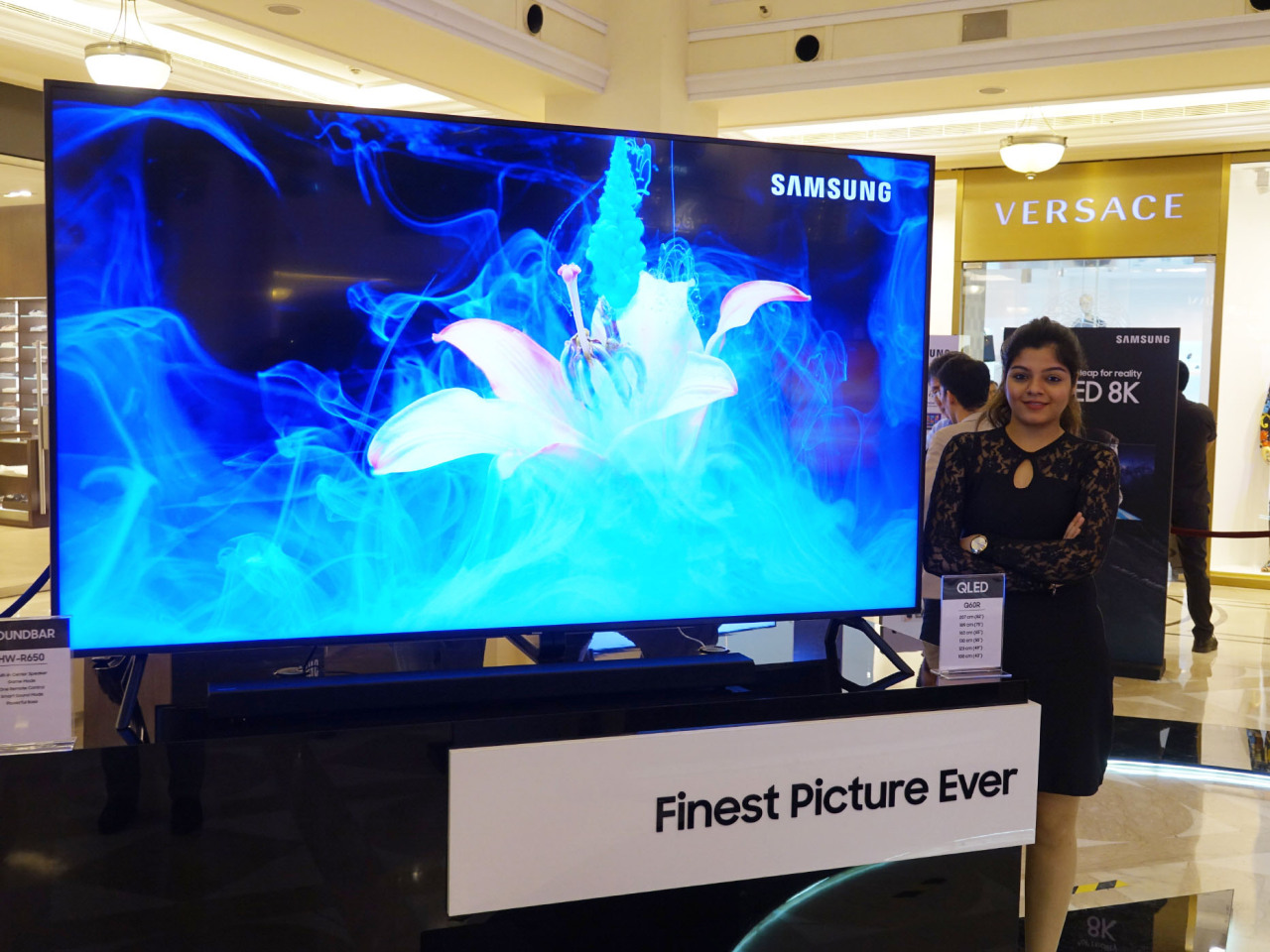 Samsung and SK hynix declined to comment, saying that doing so could worsen the situation in which they both find themselves -- caught in the middle of escalating trade disputes.

Since the US president’s executive order, issued May 15, barring American companies from using telecommunications equipment manufactured by China’s Huawei, Korean companies that have business ties with the Chinese tech group have been monitoring the situation closely in the hope that it will have no direct impact on their businesses. It has yet to be seen how the order will impact their relationships with Huawei.

But the Korean companies are feeling greater tensions in recent days because the Chinese government is putting pressure on their Beijing-based entities.

Huawei, a manufacturer of telecommunications equipment and mobile devices, is a major customer of Korean chipmakers Samsung and SK hynix.

Samsung is engaged in rivalry with the Chinese company in the smartphone market, but it also sells DRAM and NAND flash chips to Huawei. The company is known as one of its five biggest customers, accounting for about 5 percent of its sales. Huawei accounts for 5 to 10 percent of SK hynix’s total revenue, according to financial industry forecasts.

In the short run, some say the sanctions on Huawei could help Samsung increase its share in the global smartphone market.

A report by Strategy Analytics said Samsung could ship out around 315 million smartphones this year, easily maintaining the top position with a 23 percent share. If the sanctions continue, Samsung’s market share could further expand to 24.5 percent in 2020.

“The losses Samsung is facing due to decreased memory chip sales to China could be offset by gains in the smartphone business,” a market watcher said.

However, some in the Korean business community fear the possibility of the US-China dispute spiraling into a crisis similar to the so-called “THAAD crisis” of 2017, when Korean retailers such as Lotte suffered massive losses in China. Chinese consumers boycotted Korean products due to their ire over Korea’s decision to deploy the US missile defense system.

“Korean firms as well as the government are in a dilemma, being unable to do anything as they are sandwiched between the US and China,” said a Korean industry insider. “It reminds me of the past THAAD crisis.”

While the THADD crisis dealt a blow to Korea’s retail sector, the latest US-China fight seems to be having an impact on its industries as a whole -- including the IT, retail and K-pop sectors.

Due to the trade war between the two superpowers, Korea’s semiconductor exports to China plunged 38.7 percent on-month in May, according to data from the Ministry of Trade, Industry and Energy.

“It is more fearsome that if any of our actions (by the Korean government or companies) creates anti-Korean sentiment again like back in 2017, the impact on IT exports will hit the retail and cultural sectors as well,” he said.