DAEJEON -- Startups from across South Korea, global startup community leaders and representatives of Daejeon Metropolitan City flocked to Daejeon Convention Center on May 23 to mark the end of the three-day Exit Daejeon 2019 event.

Located some 140 kilometers south of Seoul, Daejeon served as a venue where local startups were given an opportunity for more international exposure.

In the meantime, global startup community organizers like Slush and Junction, as well as early-stage startup investors like Wave Ventures and HAX observed the potential of the nation’s startup ecosystem.

As Minister of SMEs and Startups Park Young-sun visited the event on May 21, anticipation was high as it signaled a room for Korean startup ecosystem’s state-driven collaboration with global leaders. 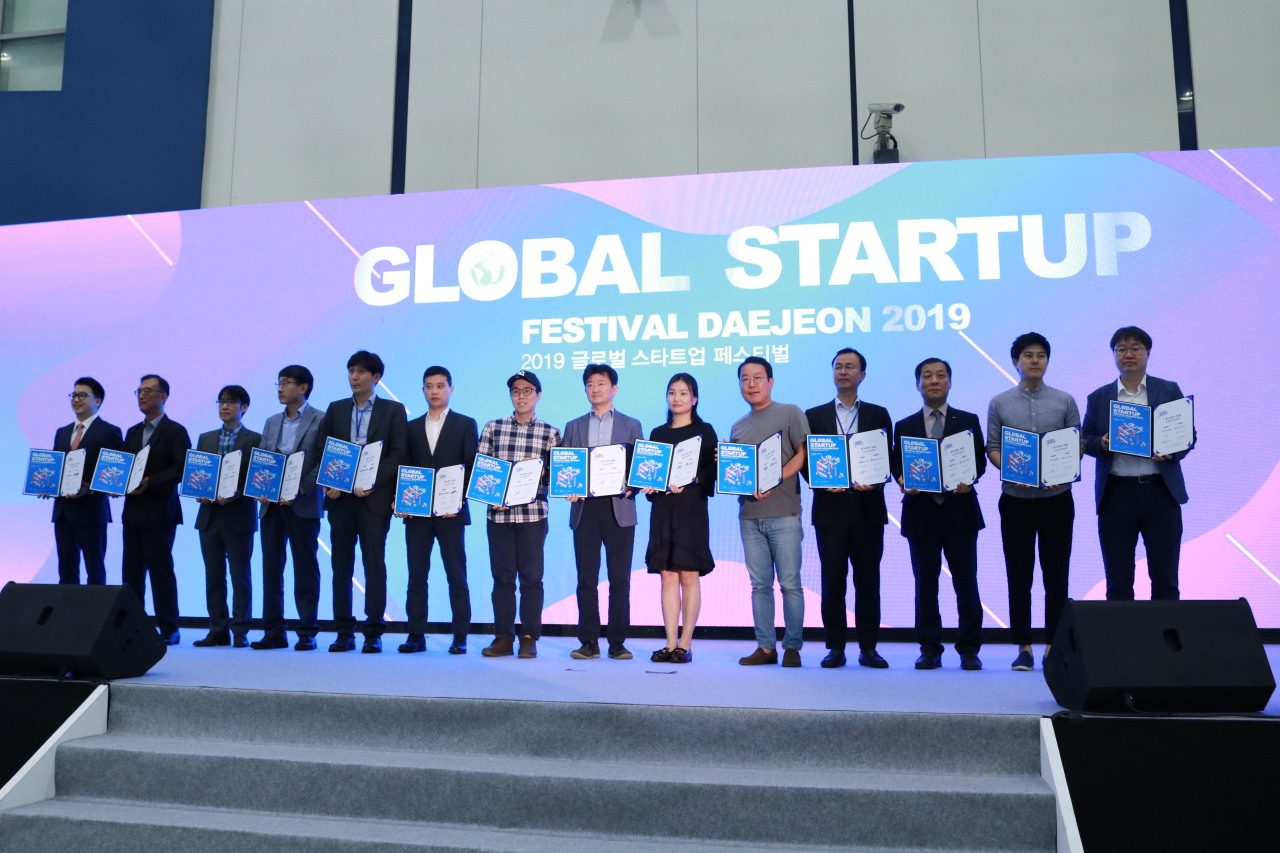 Investors, buyers and startups who sealed a contract during Exit Daejeon 2019 pose for a photo in a closing ceremony on May 23.
Son Ji-hyoung/The Investor


Venture investors signed MOUs to back a combined 14.2 billion won ($11.9 million) funding for six Daejeon-based startups during the closing ceremony.

Of the total, Plasmapp, maker of a low-temperature plasma sterilizer for medical devices, received a combined 9 billion won from investors including Samsung Venture Investment and LB Investment.

Also during the closing ceremony, Exit Daejeon 2019 announced three winners of English-language pitching event and rewarded them with free entrance to the forthcoming Slush event in November this year in Helsinki, Finland and chances to set up exhibition booths.

The last day of the conference featured seminars, such as one for Korean startups targeting entry in India by Bengaluru-based K-Biz Korea CEO Kwon Ki-chul and meetup with Tripstore CEO Kim Soo-kwon, dedicated to an online platform for tour package recommendations and price comparison. 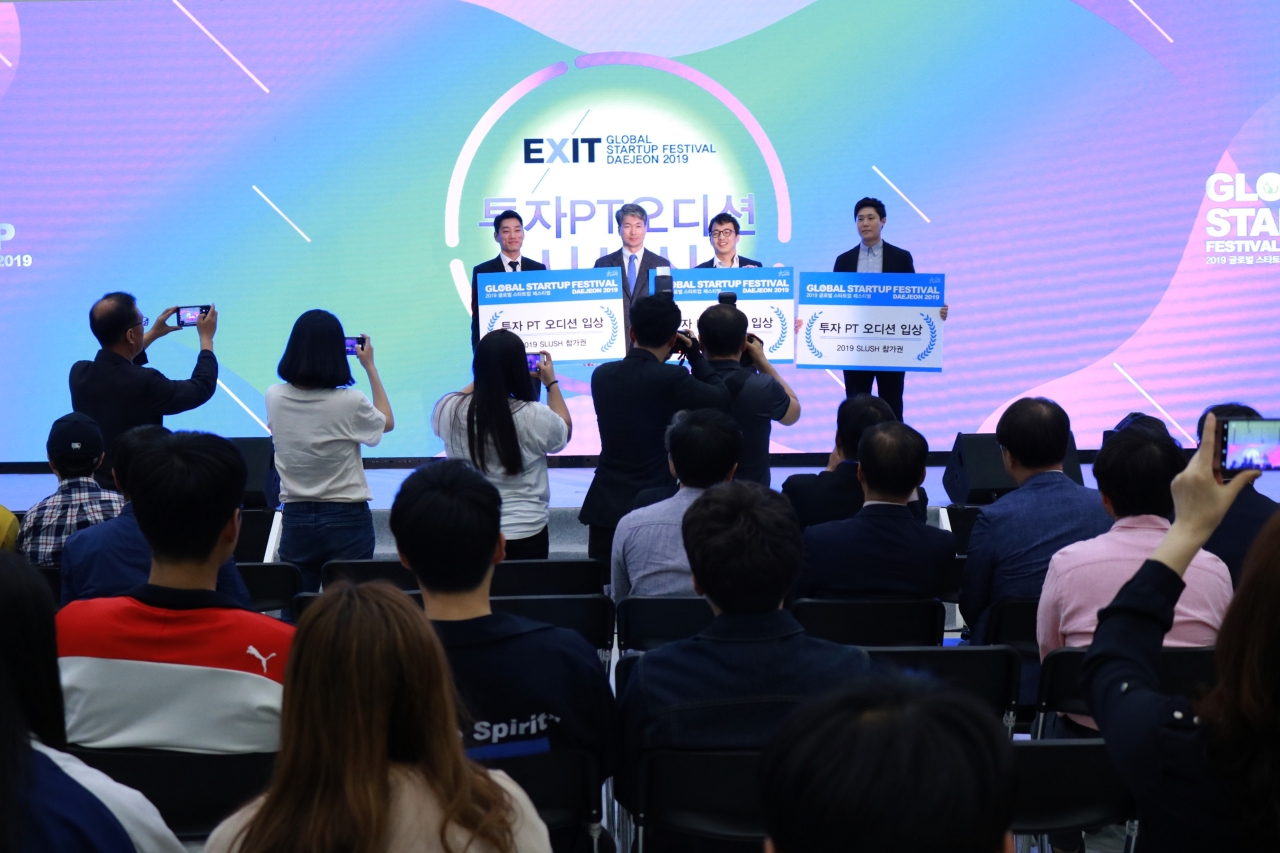