DAEJEON -- Scientists, government officials and representatives of global environmental organizations gathered in Daejeon City on Thursday to discuss water shortage around the world and possible response measures at the 2019 International Drought Forum.

Organized jointly by Korea Water Resources Corp., or K-water, the South Korean Ministry of Environment and Asia Water Council, the forum running through Friday touches upon a range of issues related to water scarcity, such as countermeasures by global governments to alleviate severe water shortages, and the latest technologies to tackle daunting issues. 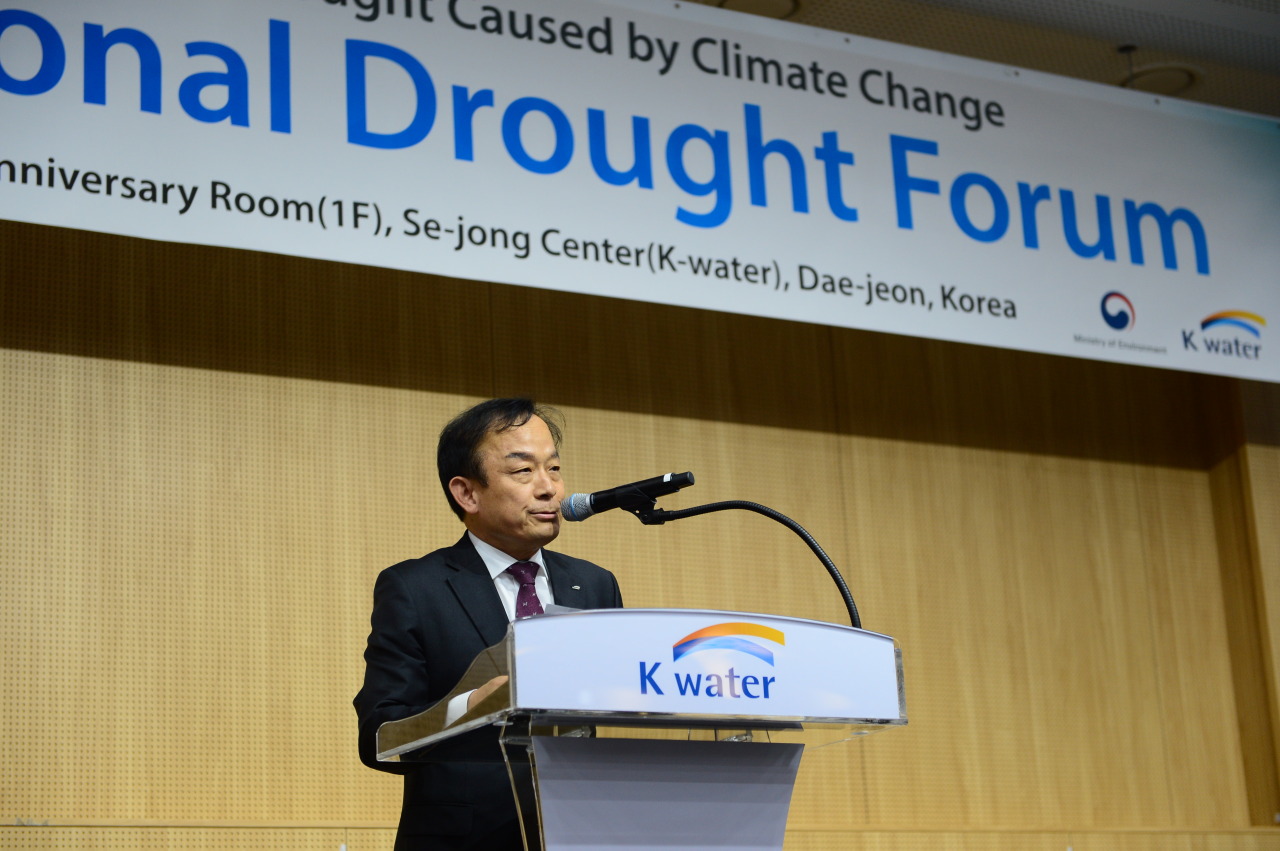 “Many regions around the world, including in Africa and even the US, are facing water shortage issues, and so is Korea,” said K-water CEO Lee Hak-soo in his speech during the opening ceremony.

“We should make cross-border efforts to come up with pre-emptive measures to resolve the crisis.”

Among the participants of the two-day conference were Maria Donoso, director of water sciences at UNESCO, Miaomiao Ma, a researcher at China Institute of Water Resources and Hydropower Research, David Cobon, a senior researcher at Queensland Drought Mitigation Center, Lerdphan Sukyirun, director of the Thailand office of national water resources, and Laila Kasuri, an expert at Global Green Growth Institute.

Introducing some of the effective measures adopted by Australia’s local governments to reduce the impact of prolonged drought in the nation, Cobon emphasized the importance of long-term and sustainable policies and programs.

“All the issues about drought from the farmers and from the community are now reported directly to Prime Minister Scott Morrison, so there is consistent and constant reporting and monitoring of awareness,” he added. 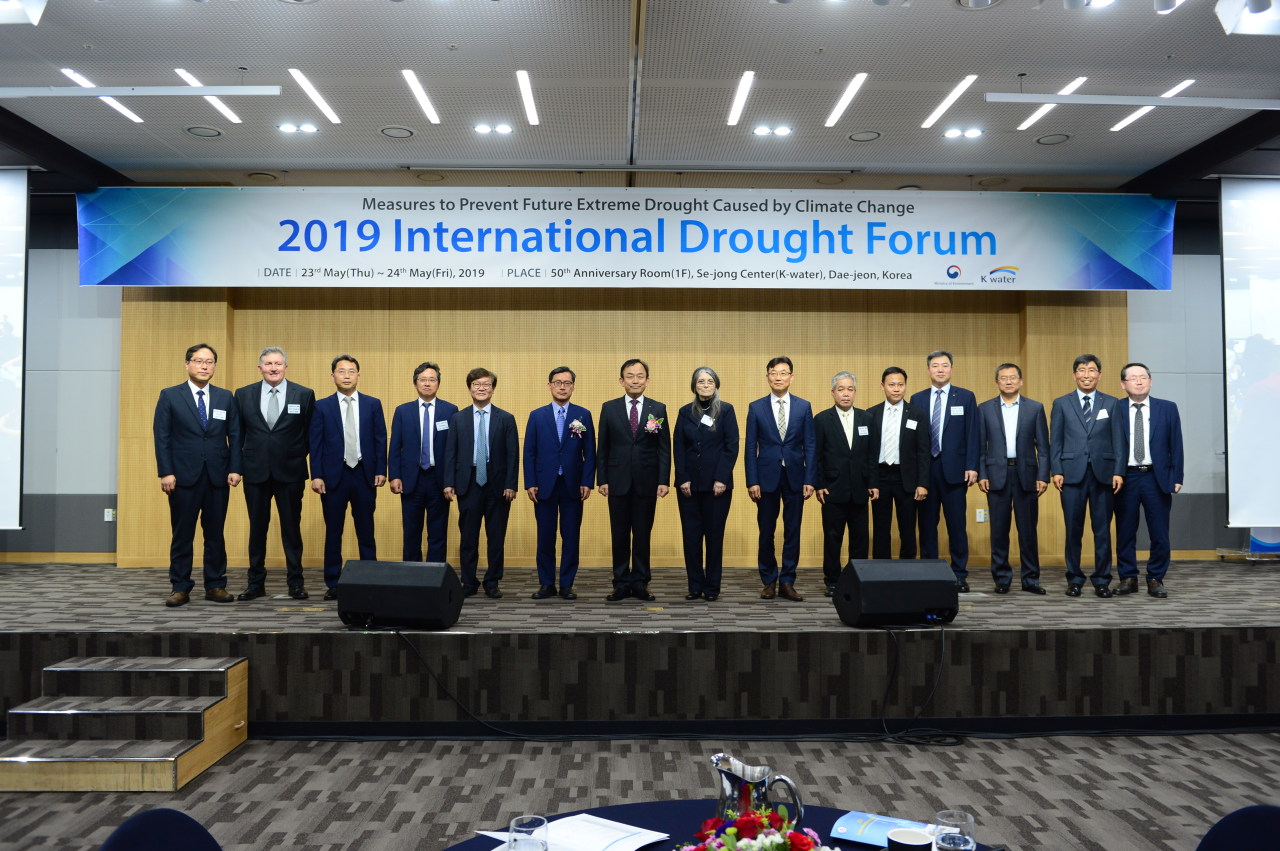 Participants of 2019 International Drought Forum, a conference for drought and climate change, pose during the opening ceremony at K-Water’s head office in Daejeon on Thursday. (K-Water)

On the first day of the forum, Donoso gave a speech on the severity of global climate change and the need for global cooperation while Kim Seong-joon, chairperson of Korean Society of Agricultural Engineers, spoke about risk management for severe droughts.

Park Ha-joon, head of water resources bureau of the Environment Ministry, also joined the group of the researchers and government officials to share the latest information on water and drought issues across the globe.

“I hope the latest studies and data that are shared in the forum can help global governments and international institutes to set up effective policies down the road,” Park said.

As a sideline event, K-water will pick the winners of a contest, named World Drought Challenge, in which applicants come up with ideas to resolve water shortage issues. The state-run company had received applications from March 4 to April 7. Four finalists -- two from Korea and the other two from Afghanistan and the Philippines, respectively -- will pitch their ideas on the second day of the event.

Two Korean applicants are slated to give presentations on “How to effectively utilize underground water as a water resource,” and “Hybrid facilities to process rainwater and seawater,” respectively.

The Afghan finalist will talk about Afghanistan’s measures to mitigate the impact of drought while the Filipino contender will try to appeal to the jury with measures to diversify the types of crops in times of drought.

Working with international agencies and governments, K-water has been spearheading efforts to resolve water shortage. It played a vital role in establishing the Asia Water Council dedicated to water-related problems in 2016. The council has some 130 members, including the World Bank, the United Nations Food and Agriculture Organization, and the Asia Development Bank.

K-water CEO Lee currently serves as the president of AWC.